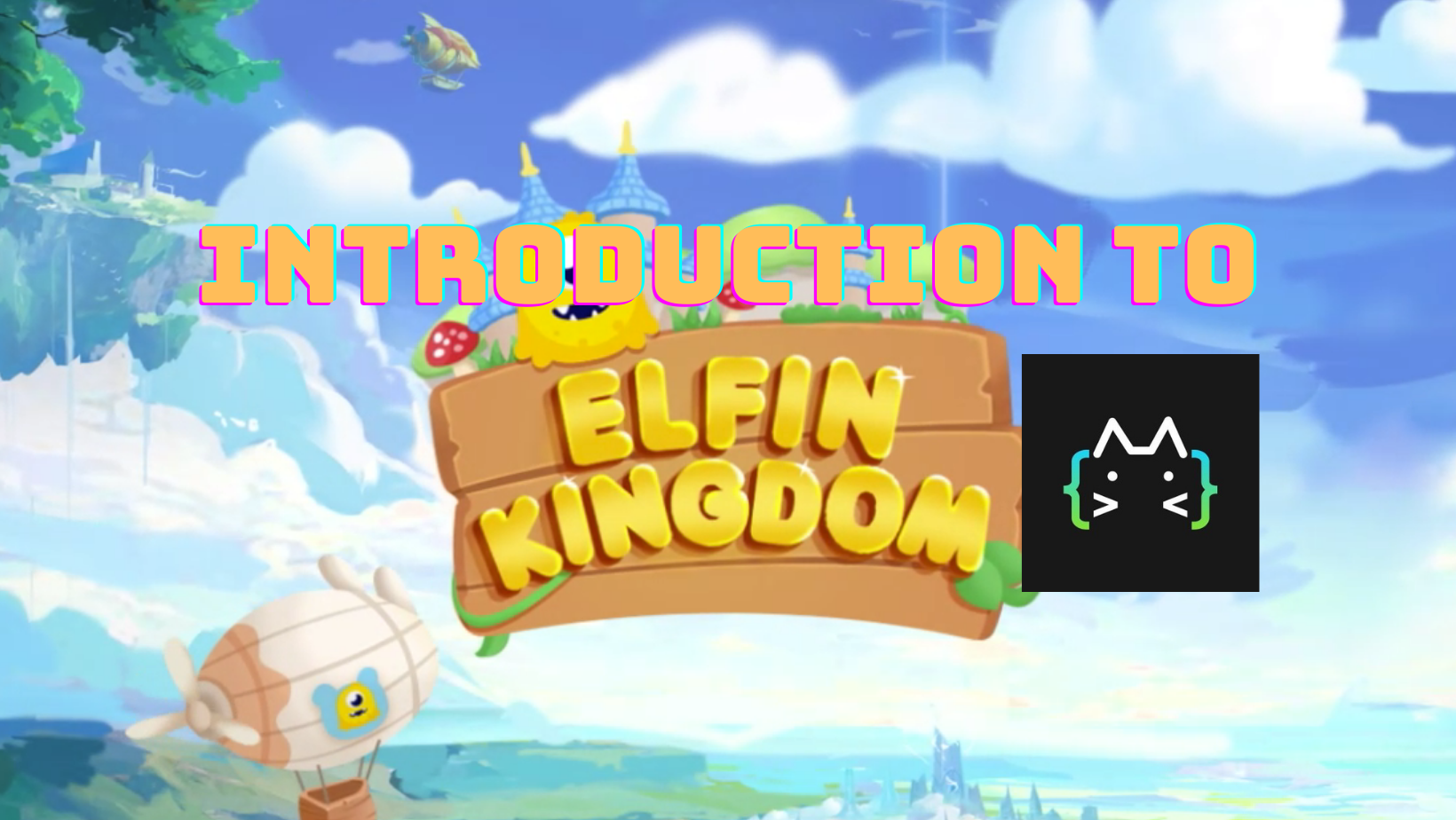 “A fusion of Defi yield farming, NFT Collection and Mining with competitive E-sports.” That’s how Elfin Kingdom likes to describe itself. With 37k active users a month in Q1 of 2022, there’s no doubt that people love it. Let’s see what this blockchain game is all about.

Launched in September 2021, Elfin Kingdom is a MMORPG Pokémon homage-inspired universe where through the fusion of DeFi and Play to Earn rewards players can earn tokens through gameplay and farming.

The game takes place in the Elvin Kingdom, which is comparable to fairly large town in the Pokémon game series. Like in Pokémon games, players can walk around and explore the different buildings in the city or leave the city to catch Elvin. As of writing, there are 5 different Elfin types, which are Grass, Fire, Water, Lightning and Super.

For players that want to get an Elfin directly without all the hassle to catch one, they can go to the marketplace and buy Elfin from other players. Once the player has its Elfin, he can enter the Dojo to fight other players or go on adventure (Hall of Fame) and beat a variety of levels against in-game enemies. By doing so, the player can level his Elfin. Wounded Elfin can be brought to the Hospital to recover. Players can reduce the recovery time by purchasing potions.

Please note that in order to fight, the player’s Elfin should be healthy and in good condition. To nurture the Elfin back to health, players can give them food, which can either be bought on the market or earned by owning or renting farmland.

Players can also purchase or rent in-game land, called Farms. Residents can work on the farms and earn $ELFIN tokens + food items, which can be used to feed to Elfin.

The Elfin Kingdom economy uses two tokens, which are the $ELFIN token and $KING token. $ELFIN is a BEP-20 token on the Binance Smart Chain that can be used within the Kingdom’s ecosystem for governance within the Decentralized Autonomous Organization (DAO), to buy Elfins or seal them into gems to summon rare and legendary Elfins, to stake and earn interest or create farmer’s union.

In order to increase your $ELFIN holdings, token holders can deposit and lend their tokens in the in-game bank to earn interest. Elfin can also be earned by staking a variety of BEP-20 tokens, such as BNB, BUSD, USDC, USDT and GGG. The token has to be burned to generate NFT assets, which include Elfin, and equipment used to farm food.

The $KING token an unlimited supply and can be used to purchase in-game items like Elfin Catchers, skill cards, potions, and other food items. $KING tokens can by earned by completing daily quests in-game or share referral links on social media.

As of writing, Elfin Kingdom doesn’t have a clear Roadmap for potential investors to review. In one of their posts of September 2021, they shared their vision but there hasn’t been a new update yet.

However, it mentions that the aim is to release new Elfin towns in the future for players to visit, as well as (e-sport) world championships, which will be hosted every quarter of the year. In it, the best Elfin catchers will compete for prizes and bragging rights. You can read the full post here.

Elfin Kingdom is an enjoyable game that took the mechanics of the Pokémon series to a new level. Because the game has an inbuilt (small) metaverse / economy, it’s easy for new players to stay busy with a variety of activities. If Elfin Kingdom keeps updating their game (and roadmap!) and manages to beat its competitors, such as Block Monsters and PoKeYMoneY, it can become a huge hit in 2022.