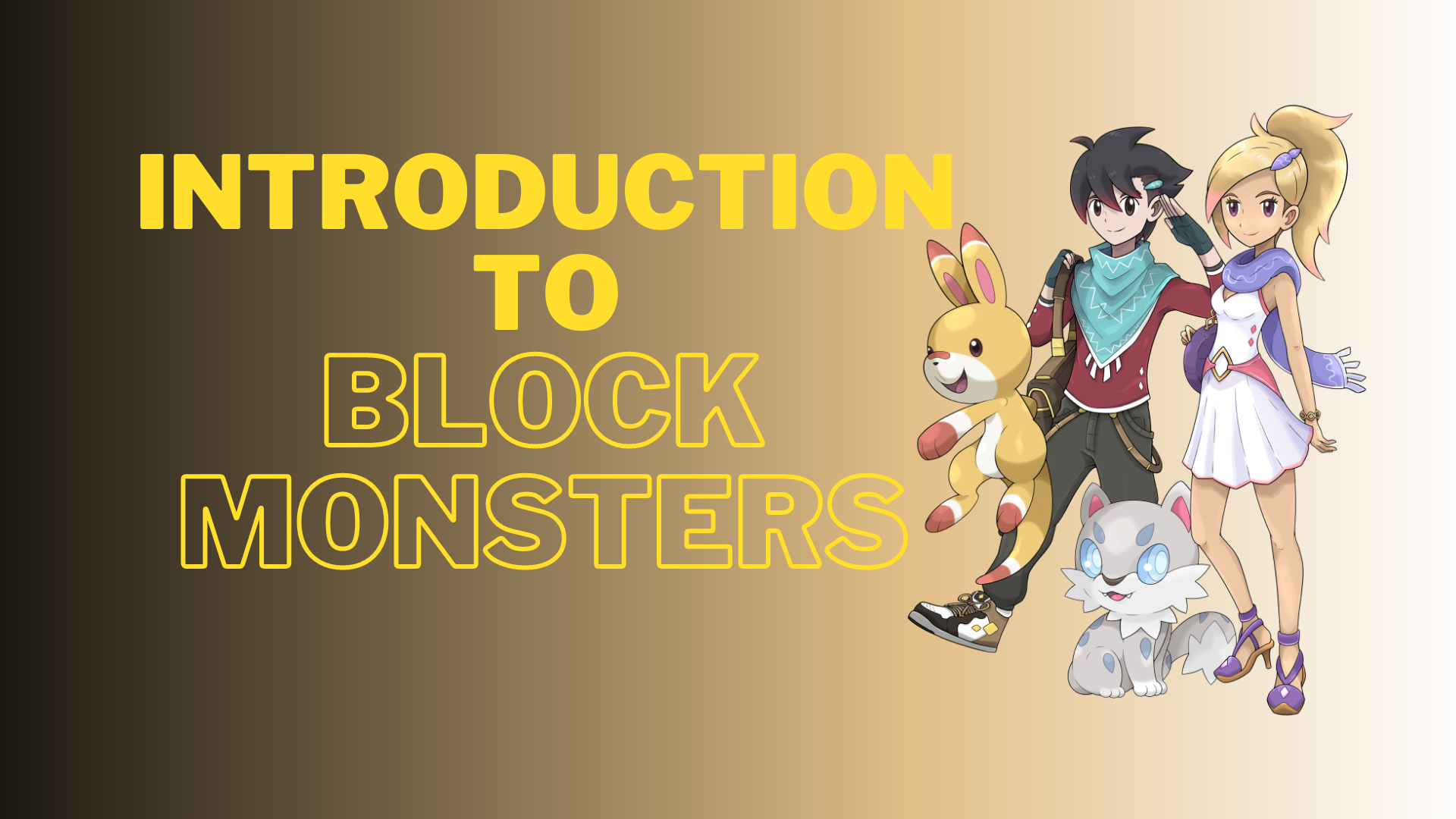 There are a variety of turn based NFT games that have adopted gameplay elements from other popular (non-NFT) games. Examples of such games are Axie Infinity and Crabada. In both games, creatures fight each other, have a variety of moves and are usually linked to an elemental type, such as water or grass. It is obvious that these game elements are inspired by the popular Pokémon series. However, there’s one game that takes it a step further, which is Block Monsters.

Block Monsters is best explained as being a Pokémon game on the Binance Smart Chain. The game is focused on fighting, catching, training, evolving, and trading creatures called Blockmon, which obviously resemble Pokémon.

Players need to mint/purchase trainer and Blockmon NFTs before they can start playing the game. Each trainer has unique properties, such as different clothes, background, gender etc. Blockmon can be acquired by purchasing packs or by using the marketplace. Conveniently, Block Monsters has its own Marketplace, where players can buy and sell their trainers, Blockmon and (to be launched) land.

Like in the Pokémon games, each Blockmon has a specific (elemental) type and can be used to fight against other Blockmon. The player can travel through various regions, catch wild Blockmon, fight gym leaders and other players.

Each Blockmon is a unique NFT that has several parameters. These parameters are:

Based on the Blockmon’s level and kind, they will develop their own specific stats that are used while battling. These stats are:

The effectivity of Blockmon types against each other.

Like Pokémon, Blockmon can evolve. There are 3 ways to trigger the evolution of Blockmon. The first way is by leveling. Once the Blockmon reaches a certain level, they will evolve. The second way is by giving the Blockmon an item. The third way to evolve Blockmon is to either stake or lock an amount tokens for a certain time.

The game also works with a token staking mechanism, where players can stake and lock up their $MNSTRS tokens for a maximum of 15% APY. The minimum lock up time is 7 days. As mentioned earlier, certain Blockmon can evolve by staking ($MNSTRS) tokens. By using the game’s NFT Bootcamp, players can stake their Blockmon and tokens to evolve the Blockmon.

The tokenomics of the $MNSTRS token is as follows:

Block Monsters have set their goals in their roadmap. Due to some delay, they are still working on some of the goals of Stage Three (2021). The game is expected to be released in Q1 or Q2 of 2022 on both desktop and mobile devices. Here’s the full roadmap:

Due to the fine artwork, well thought out gameplay mechanics and the nostalgic feelings that Block Monsters gives its players, the project can definitely make a huge debut in 2022. By combining the fun of Pokémon games and the capabilities of the blockchain, we expect that Pokémon fans will fall in love with it.