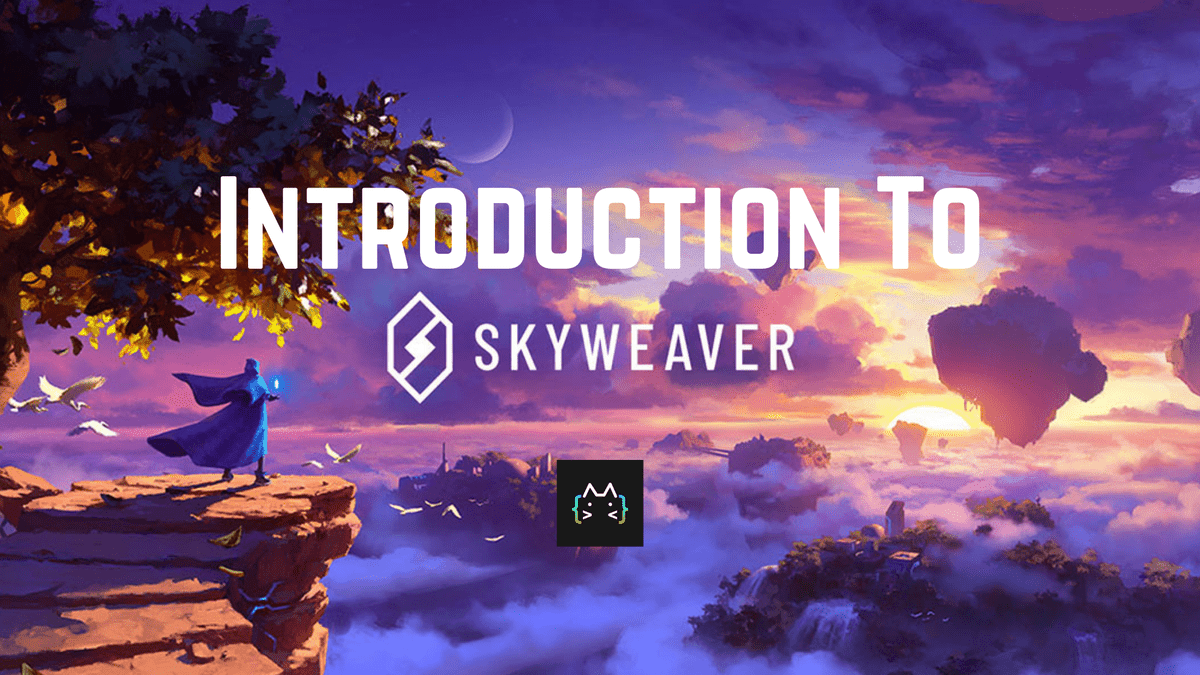 GameFi and play-to-earn titles have been on the rise lately due to the allure of tradable in-game items. The merge of cryptocurrency and gaming is a welcomed concept but many games failed to provide sufficient gameplay and graphics quality, but Skyweaver does not fall into that category.

Skyweaver is a trading card game that aims to compete with the already popular TCG titles like Hearthstone and Legends of Runeterra. The game itself borrows many concepts from both but with a fresh feel and new look.

Players can compete with each other, climb ranks and earn rewards in the form of silver and gold cards. These cards can then be used for your own deck or sold on the in-game market. Skyweaver was developed and published by Horizon Blockchain Games, a blockchain game development company that raised $4.5M for this title.

Logging in to the game is done through the Sequence Wallet which will require a working email address or supported social media account.

Once logged in players can choose between many different game modes. Earning tradable cards is only possible through the ranked and conquest mode but completing the tutorial and leveling up will also reward you with cards that are playable but not tradable.

Discovery allows players that have no cards to compete with others on an even playground. Both players will be picking a champion that will have a random deck of cards every game. Climbing the ranks in discovery rewards you with silver cards.

Constructed is what could be considered the classic mode. Rather than having to play with random cards every game, constructed matches are played with pre-built decks on both sides. Constructed ranked rewards are also silver.

Leveling up your game account unlocks different heroes that can combine different card types and there is a very long list of them to unlock.

The only way to obtain gold cards is through Conquest. Tickets for this event cost $1.5 USDC that will need to be deposited to the in-game wallet or purchased through fiat onramps. Another way to participate in Conquest is to exchange 1 silver card for an entry ticket.

Both constructed and discovery modes are available in Conquest and players that manage to win 3 games in a row will be rewarded with 1 gold and 1 silver card.

The gameplay is much smoother than what we are used to seeing in the GameFi market. The game is still in beta but so far there have been more than 80 updates. Playing the game in your browser is possible but it can also be downloaded for Windows, Mac, Linux, Android and iOS.

There are no in-game tokens for now and creating an account is only possible with an invite code. Those that don’t have one will need to join the waitlist or follow social media channels for potential giveaways.

Skyweaver maintains the standard TCG concept where every minion and champion has their stats and abilities but a bit differently from what we are used to seeing. Units can sometimes have spells attached to them on top of the passive or active abilities they may have by default.

There is no doubt that other GameFi titles will have to step up their game in order to compete with Skyweaver. Currently the game is in beta and not many players can actually access it but once it opens up for everyone it should draw a lot of attention.

Gameplay feels no different than any other card game and there is enough new and interesting game mechanics to keep new players entertained for hours.