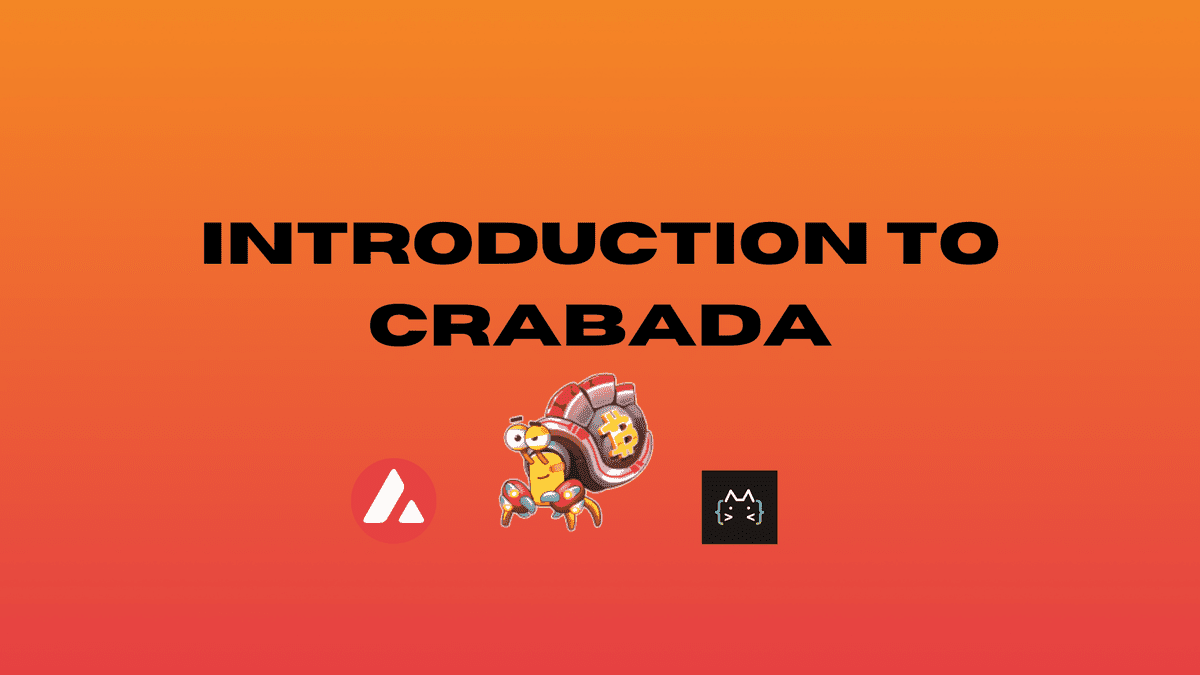 Blockchain gaming is no new concept knowing that hundreds of games already exist on many different chains. Most of them come with similar tokenomics and gameplay but the team behind Crabada seems to have something different in mind – idle gaming on the blockchain.

Crabada is a blockchain-based “idle” game that can be played on the Avalanche blockchain. It bears some similarities with Axie Infinity but it is still different in many aspects.

The goal of the game is to bring out the best out of your team by strategically positioning it in battles and constantly improving it with breeding.

During the “Crabada Origin breeding event” 6490 unique NFTs have been minted and that is the total number of all Origin units that will ever be introduced in circulation.

If you want to obtain a Crabada from the origin set, you will need to purchase it from the marketplace.

Each Crabada is a unique NFT and they can be sent on missions and used in battles. If you are looking for an idle gaming experience, Crabada offers two different options – mining and looting.

If you send your Crabada to a mining mission it may reward you with some in-game tokens but only if someone doesn’t loot it on the way back home. Efficiency of mining expeditions will be determined by the attributes of team members which we will mention shortly.

Those that want to be more involved in the game can try and steal loot from other players. This action has a lower success rate but a higher potential reward.

All of these features can be accessed from the in-game menu.

Players can rearrange their teams, send units on missions, buy/sell items on the marketplace and more. Apart from buying and selling, your Crabada can be rented via the Tavern.

Axie-like battles are coming to the game as well. Progress updates are being uploaded on YouTube frequently.

All units belong to factions that are divided into six groups.

Combining some factions will give your team a boost but not all of them work as well together so it is important that you get familiar with the game before playing it.

On top of the factions there are 8 classes in the game that will also have some synergy if you combine them efficiently. Basic Crabada attributes are determined by their class and some classes will have higher attributes than others.

Breeding is done by combining two corresponding Crabadas and meeting the production material requirements. A successful breeding process rewards players with eggs that have a hatching time of 5 days.

CRA is the governance token of the game and it can be earned by playing during the incentive period.

TUS can be earned by mining, looting or renting your units. By design, TUS can only be obtained by in-game activities since it is not traded on external markets. More information on the tokens and tokenomics can be found in the whitepaper.

It is safe to assume that Crabada is a very promising GameFi title. Interesting game mechanics and further development should attract more new players as the game keeps growing and evolving.

Players can earn through mining, looting, renting, lending and playing the game which makes the whole gaming experience even more rewarding. It may still be early to draw conclusions but if you are looking for an interesting GameFi experience, Crabada may be a very good place to start.

How to Use WalletConnectIntroduction To Skyweaver