Intro to the Play-to-Earn business model 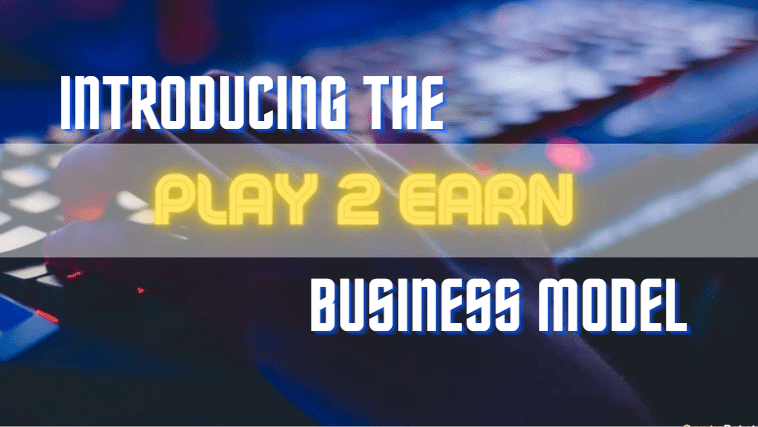 The Play-to-Earn business model is the latest innovation in the games industry. There is an open economy model that rewards players who contribute value to the game world with financial rewards. New game concepts and retention models may be introduced, which have not yet been seen in modern gaming.

Since technology has become more accessible to a wider audience, video game business models have evolved. Our games were played on arcade machines in local game centres in the late 1970s and early 1980s. Gamers would compete for high scores with a pocketful of quarters.

In public transit or while taking a moment to ourselves, we play games on our smartphones. On our personal computers or home consoles, we launch a game to get a deeper experience. Simply put, there is a business model that suits every player, regardless of the platform.

Free-to-play is the basis #

In order to play a premium game, consumers must purchase a license. This is done by purchasing a license from an online store or by purchasing a physical copy from a local or online store. A recently released game can cost 60 dollars, which isn’t uncommon. Despite being a huge industry, free-to-play has been the most successful business model in recent years.

Gamers can get a game for free and without any financial commitment when they use the free-to-play business model. Consumers receive a limited or constrained experience with free-to-play or freemium games. Gamers will need to pay to speed-up their progress or to obtain special items. A user might need to pay for in-game currencies, additional content, or special cosmetics for their character.

Several of the biggest games on the market are actually free. Fortnite alone brought in 1.8 billion dollars last year despite being completely free. Sell cosmetics in order to create a more personalized experience. Games like League of Legends and Hearthstone, which are all free, are among the most popular games on the market. Each developer has a different way of charging for additional content or cosmetics.

There is no stopping these free games from making billions of dollars in revenue. The fact that developers have mastered the art of monetizing free-to-play games shows that the free-to-play business model has matured.

In a play-to-earn business model, gamers own their in-game assets and can increase their value by engaging in the game. Players create value for other players and developers by participating in the in-game economy. In exchange, they receive in-game assets. The digital assets can range from cryptocurrencies to in-game items that are tokenized on the blockchain. Because of this, play-to-earn business models work very well with blockchain games.

In the play-to-earn business model the game and the developers reward players for putting time and effort into their game. In Axie Infinity, players earn Smooth Love Potions (SLP). Tokens are needed to breed new Axies, but they can also be sold to other players on the open marketplace. Other examples are the resources in League of Kingdoms, or the prizes players can earn in the fantasy football game Sorare.

It is essential that a play-to-earn game is free-to-play as well. Nevertheless, this isn’t always the case. Players must currently purchase three Axies before they are able to battle inside Lunacia, the world of Axie Infinity. The weekly competitions in Sorare also require players to purchase player cards before they can earn cards. Despite the fact that free-to-play games like Chainz Arena and League of Kingdoms exist, the gameplay mechanics and limitations of these games lead to gamers investing some money in them. As a result, players still end up paying for these games.

Video games cost money to create, and companies create them. However, the advantage of the play-to-earn business model is that gamers always create some value that can be sold. Game items can always be sold again, even if a player has to pay to start playing. Every card in Sorare, as well as every Axie in your wallet, can be sold. Fortnite and League of Legends are making billions of dollars at the same time. Players spend money and throw their value in a bottomless pit. Eventually, their wallets will be empty.

Play-to-earn changes this! The items you earn have a certain value. As a result, gamers can always earn some money as soon as they walk away from a game.

Introduction to OpenSeaPlay-to-Earn in Thetan Arena