What Is Gala Games (GALA)? 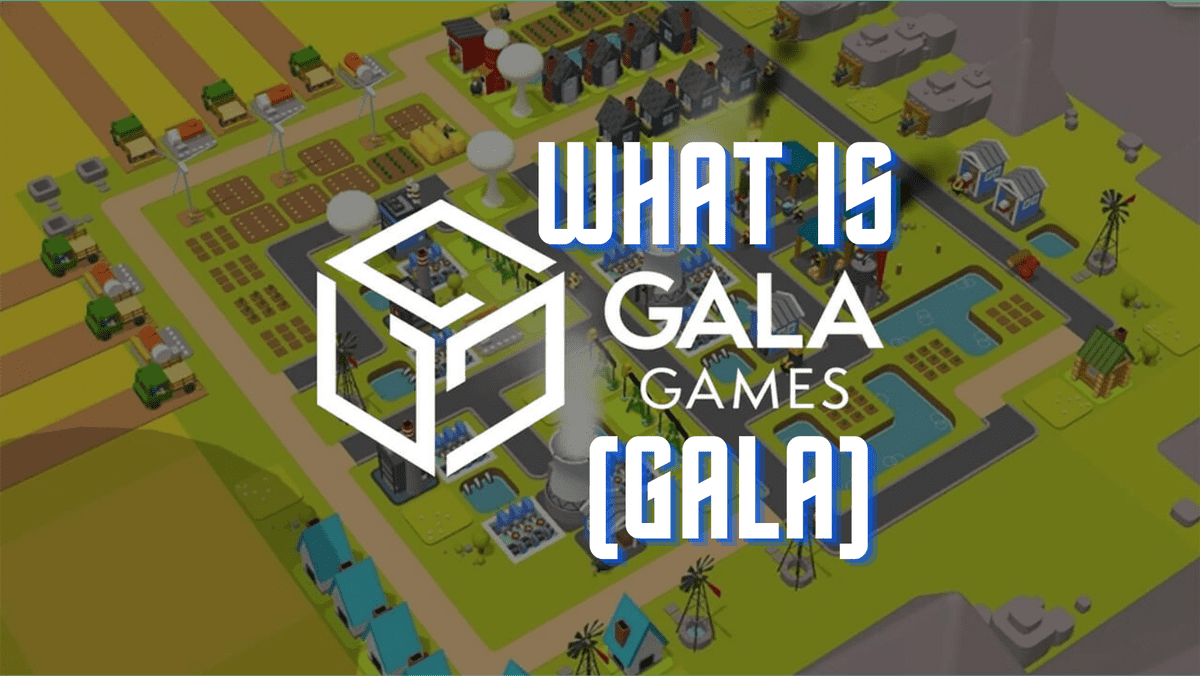 In this guide, we will take a deep dive into Gala Games (GALA), an interesting addition to the blockchain gaming industry.

In the past six months, the GameFi industry, which features a play-to-earn (P2E) element and non-fungible tokens (NFTs), has occupied a major portion of the blockchain and cryptocurrency universe.

A range of blockchain-powered games are developed by Gala Games, each of which offers players true ownership of their in-game items through the use of non-fungible tokens (NFTs).

The platform was one of the first players in the play-to-earn niche, rewarding players with GALA tokens for playing their games.

As a platform that makes games you’ll actually want to play, Gala Games prioritizes quality over launching play-to-earn games. Each game on the platform offers something unique to engage the audience, and all of them are player-owned and controllable.

There are more than 1.3 million active users on the platform, which has been developed by a team of 60. A co-founder of Zynga, the massively popular social game developer, Eric Schiermeyer is also the CEO of Gala Games.

What is the Gala Games (GALA) System? #

Gamers can choose from a wide variety of games at Gala Games, much like Steam or GOG. In contrast with these stores, all games are 100% free-to-play and accessed through a decentralized application (DApp).

Gala Games is currently working on many game – including:

In addition, there is a fully-fledged NFT store that supports all player-owned assets in-game. Using CoinPayments, these items can be purchased or sold in multiple cryptocurrencies, divided into six rarity classes: Common, Uncommon, Rare, Epic, Legendary, and Ancient.

The platform has its own native utility token, simply called GALA. Among other things, it is used for purchasing items, peer-to-peer payments, rewarding nodes, and more within the Gala Games ecosystem.

You can also participate in the Gala Games ecosystem by running a Gala Node. After buying a license, users can run the node software from their home computers and earn rewards such as GALA tokens, as well as potentially rare NFTs. Currently, this license costs $13,000 in Ethereum (ETH), GALA, or Basic Attention Token (BAT).

Up to 50,000 nodes may participate in this process.

In the cryptocurrency industry, play-to-earn and blockchain-based games featuring player-owned assets are nothing new. Gala Games, however, has a few tricks up its sleeve that have the potential to allow it to stand out in this increasingly crowded market.

The following are some of its most prominent characteristics:

In total, there are 50 billion GALA tokens. Nearly 7 billion GALA are currently in circulation. That’s 14% of the maximum supply.

According to the official GALA documentation, a total of 17,123,286 GALA are distributed each day — half to the Gala Games conservatory and half to the founder’s node operators.

GALA token’s contract addresses can be found on both Etherscan and BscScan.

Gala Games, despite its relatively high inflation rate, may still have a lot of room for further growth in the future — assuming the team delivers on their promise to produce fun, balanced games.

Currently, there are a number of reasons why somebody might want to acquire the GALA token (beyond mere speculation). This includes purchasing in-game assets, running a node, and maximizing in-game revenues.

Gale Games has yet to launch most of its games. Town Star is the only game available for play (in its beta version). Due to the fact that *1.3 million users are ready to be onboarded to these games, there is a considerable uptick in demand for the GALA token.

Furthermore, some of the games are similar to today’s blockbuster play-to-earn titles – yet the platform has a very reasonable market cap of $400 million. For example, Gala Games’ Echoes of Empire game shares similarities with the massively hyped Star Atlas, while Town Star is vaguely analogous to the wildly popular My Neighbor Alice.

A native blockchain platform is being developed to drastically lower fees and ensure support for tens of thousands of simultaneous users. There is good reason to believe that the platform is undervalued, in addition to the fact that Star Atlas and My Neighbor Alice alone have a market cap similar to Gala Games.

However, it is important to note that GALA does suffer from significant supply inflation. Over 17 million new tokens are entering circulation every day, which represents just 14% of the supply.