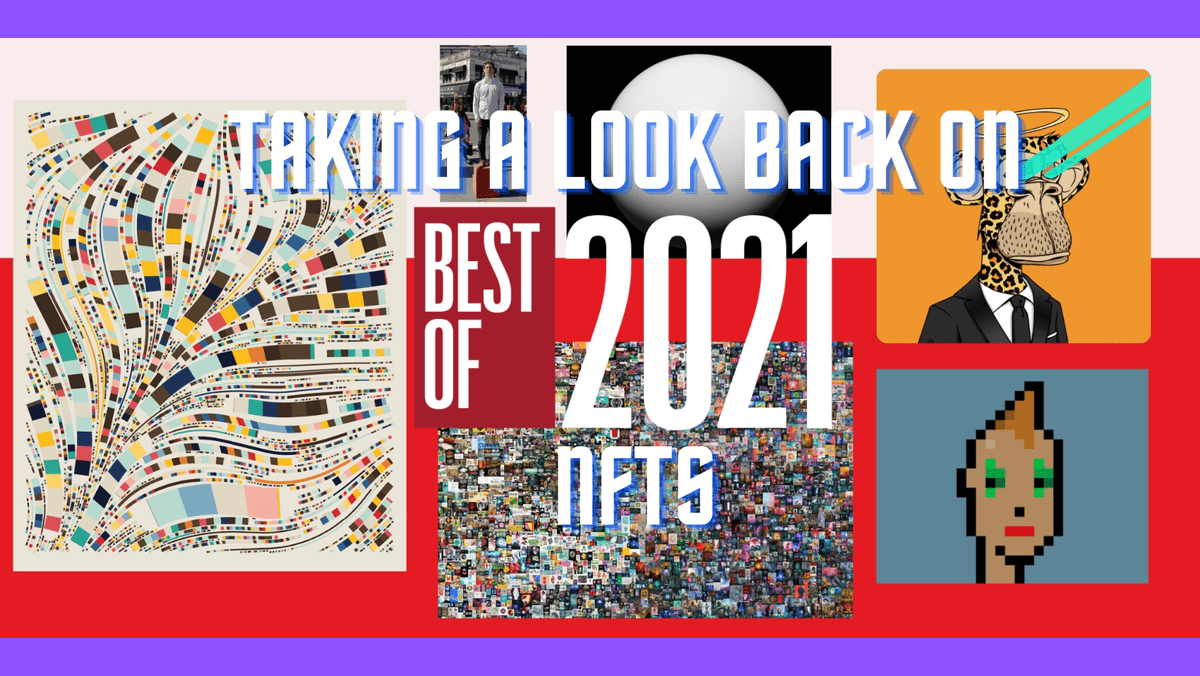 NFTs existed before 2021, but few people were aware of them. During the summer of 2020, Crypto Punks were priced at a little more than 1 ETH (though ETH was worth considerably less in summer 2020). $150,000 was spent by Visa on a Crypto Punk in summer 2021. That’s a pretty significant difference.

Today, we tend to think of NFTs as profile pictures on social media (picture for proof, or PFP). However, how do NFTs perform?

A NFT is a piece of code on the blockchain that ensures a function can only be called a limited number of times. Take the example of creating a NFT called Cute Kitties. There can only be 8,888 Cute Kitties in the world. The blockchain returns an error for the transaction if someone tries to mint another one.

Furthermore, all 8,888 entries on the blockchain are unique. NFTs are “non-fungible,” just like a wallet address is a unique “locker” that allows you to access tokens. NFTs can be viewed as unique tokens in this way.

In the future, NFTs will have many more uses than just PFPs. We’ll talk more about digital art shortly. As our lives increasingly move online, art is a huge market for preserving and passing on wealth.

Metaverse – buzzword alert – refers to virtual land. This is also true of NFTs. COVID keeps coming out with new variants that allow people to meet their friends in cyberspace more than ever before. NFTs could become big for owning virtual real estate when everyone and their mother jumps into the development of the metaverse.

Blockchains can also be used for transferring ownership of real-world goods. Think about the process you have to go through when you buy a house and register it in your name. NFTs are expected to play a major role in the digitalization of data records, since they improve accessibility and reduce inefficiencies. Furthermore, paper-intensive processes can be streamlined, resulting in more liquid markets (think of art) and better compensation for professionals (hello, underpaid artists and creators).

I think that’s great. In any case, let’s go back to 2021 and its PFPs and JPEGs for a moment, since there are several interesting to tell here.

In 2021, it was the in-thing to do on Crypto Twitter to buy PFPs and JPEGs. A true PFP and JPEG mania ensued, but the best piece was bought at a physical auction house.

Mike Winkelmann, aka Beeple, is a digital artist who sells his work at Sotheby’s for an astonishing $69 million. Thus, it was the third-most expensive work of art ever sold at auction. The title’s story is that Winkelmann painted a digital picture every single day for 5,000 days straight before selling the whole thing at the renowned London auction house this spring. That’s dedication. I am unsure what he expected to fetch for the piece, but it clearly went for a lot more than the starting bid of $100.

An explosion in floor prices #

NFT Collections of the Most Importance #

In terms of popular NFT collections, the following are some you should know:

There is no doubt that Crypto Punks are the OGs of NFTs. When Larva Labs released the collection in 2017, you were able to mint them for free. Cultural icon status is earned by having a fascinating origin story, and it’s why so many believe Crypto Punks will hold their value even when (if?) the NFT market experiences a big correction.

A collection of 10,000 unique apes will be offered by the Bored Ape Yacht Club in May 2021 for 0.08 ETH per NFT. An active Discord community built by the team attracted some big-name players. The Bored Ape Kennel Club, where apes receive a free pet dog, and the Mutant Ape Yacht Club, which comprises mutated apes, were also successful, although not as much as the original.

As part of the launch of Crypto Punks, Meetbits also got a bit of a headwind because half of the collection went to holders of Crypto Punks. The unique 3D voxel characters are still holding up well, though their floor price is 2.6 ETH, well below the top dogs.

Nouns is an attempt to create on-chain avatar communities by making each avatar equally rare. A new avatar is auctioned every day. Therefore, rarity is designed for the project. Nouns are probably the most unusual NFT project, which generates almost no trading volume, in part because its floor price is so high at 55 ETH.

In September, Loot was a project that generated a lot of excitement. There are no PFP collections in this collection; it is a text-based token that you can create around any topic. The crypto community welcomed this deliberate ambiguity and simplicity. The text-based tokens were immediately adopted by a community and developed utility.

It was almost the opposite of Loot, as it was probably the most anticipated launch in NFT history, generating a tremendous amount of hype in the run-up. There were more than 120,000 attempts to mint the robots, which led to a very healthy price floor of 5 ETH just after launch. The hype did not live up to expectations, and Mekaverse crashed to a price floor of 0.69 ETH at the time of writing.

Normies and speculators weren’t the only ones trying to get into the NFT game. Perhaps the biggest bullish indicator was the adoption by stars – you know FOMO is real when stars want what you want. In addition, there are many stars who have launched their own collections or bought NFTs.

Celebrities especially loved the Bored Apes Yacht Club. The following are just a few of the most famous names:

Also, Stars quickly realized how they could use NFTs by creating their own collections. Grimes, a Canadian musician, sold almost $6 million worth of NFTs with artwork and animations. Lindsay Lohan and Damien Hirst also joined the NFT bandwagon. Snoop Dogg, an avid NFT collector, launched his own collection titled “A journey with the Dogg.”

Also, in their latest one-hour episode, South Park took advantage of the NFT mania and made a little hit piece about it:

Due to NFTs, Ethereum gas prices have risen #

It is always someone who suffers when a new technology emerges. Here, we’re not discussing exit scams or rug pulls, which certainly happened to many NFT projects, but rather surging gas fees. This year, Ethereum experienced record-high transaction fees for extended periods. This was primarily due to the launch of popular NFT projects.

Even though the EIP-1559 upgrade to Ethereum (the London Hard Fork) was supposed to slow rising gas fees, gas wars still occur. Gas fees in dollar terms can get pretty ugly for NFT mints and other smart contract interactions since the price of ETH is rising (nice). This has been criticized from various sides in the Ethereum community. Zhang Su was particularly outspoken about Ethereum’s abandonment of its users.

What are NFT collectors supposed to do in such a dire situation?

Some are waiting for more solutions like Immutable X, a layer-two solution without a gas fee that focuses on NFT projects. Some, however, have turned to alternative blockchains in order to get their PFP fix. Here comes Solana.

Among alternative layer-one blockchains, Solana’s ecosystem was a breakout star in the summer, leading to its own NFT boom:

As well as its own punks:

However, there were also wildly successful native Solana NFT collections. The first was the Galactic Geckos collection:

Aurory in particular is a great example of two trends that kicked off in 2021 and are likely to continue growing in the years to come. The first is the development of “retail NFTs” in Solana, meant for those who cannot afford the gas costs associated with Ethereum. GameFi is the second.

Games Based on NFTs and Blockchains #

Play-to-earn was, without a doubt, the biggest knock-on effect of NFTs in 2021. The Auory collection is creating an open-world desktop game in which players’ non-fungible tokens function as characters. However, Axie Infinity is the space’s biggest star, the game that spawned a flood of copycats hoping to mimic its meteoric rise.

How and why is Axie Infinity so important? #

It’s like Pokémon, but you could own and trade the Pokémon for real money and even earn a living from them. Basically, that’s what Axie is.

As NFTs are a game-changer, Xie Infinity is also a game-changer. They allow players to own their in-game assets and cash them out, making gaming more meaningful. Traditional gaming developers like Ubisoft have picked up on this and are making their first, albeit crude and poorly thought-out attempts to enter the NFT space. In the future, we will hear a lot more about NFTs in games, not least because not everyone supports the trend. Steam, for example, banned blockchain games from its platform.

2021 was a year of unimaginable growth for the NFT space. Is NFTs in for a rough surprise when the market corrects in 2022, or is it unlikely? NFTs are here to stay no matter what the market does. Technology has become too influential for it to disappear just as quickly.

NFTs will be discussed in more detail in the future, as well as in upcoming pieces of this festive season.