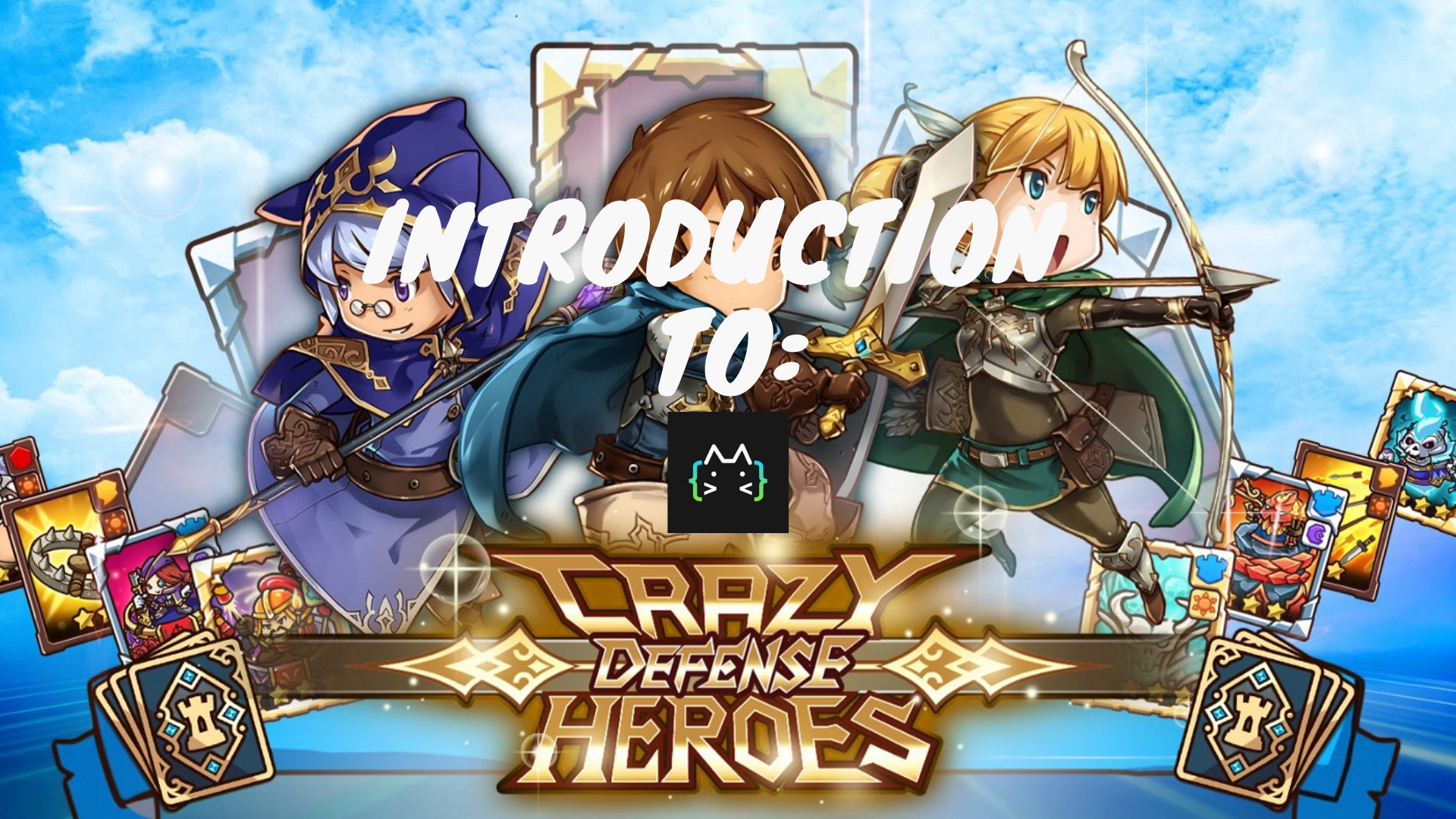 GameFi is on the rise, and investors are jumping on various big projects such as Axie Infinity, Alien Worlds, Splinterlands and PegaXY. Due to the success of these games, many new projects started to copy and slightly change their formula, hoping to earn the trust of investors as well. However, Animoca Brands developed a different type of game that no one has seen in GameFi yet. The game is called Crazy Defense Heroes, which is a type of game that has been popular on desktops and mobile devices for over a decade: a tower defense game.

Launched on 16th February 2021, Crazy Defense Heroes is a Strategic, Free-To-Play and Play-To-Earn game that focuses around defending against waves of enemies by strategically placing towers, spells, heroes, and equipment cards. The game combines elements of several gaming genres, such as tower defense, RPG and CCG.

The player’s main goal is to beat each level and earn a 3-star rating. The game has over 500 different levels to challenge the player, making sure that the game stays fun to play. What’s unique to this game is that the player has its own character that can move around the map and fight against enemies during the various number of waves.

Per level, the player can do the following:

The above-mentioned cards are stored in game as NFTs and can be collected by opening chests. As of writing, there are over 400 different NFTs to be collected to better your chances for victory.

There are multiple types of chests that the player can buy with the game’s TOWER token. For example, the player can buy an equipment chest to get new equipment cards. Currently, there are over 20 chests in the game, all with different levels of rarity. The player also receives free chests such as the daily chest and 4-hour chest. A special chest has been introduced in Q4 2021 called the star chest. The player can only open this chest if he has collected 16 stars from beating the levels. Finally, players also earn chests by beating specific levels and events.

Each month, a set amount of TOWER tokens is made available in the Shared Reward Pool. To be eligible to earn TOWER tokens, the player needs to gain a minimum of 315,000 avatar experience points by the end of each month. The exact amount of TOWER that the player will earn from the pool depends on the final number of players who meet the XP requirements.

The TOWER token is an ERC-20 token and is designed to be used as a medium of exchange, utility, and governance for the game. Holders can also use the TOWER token to purchase NFT cards and chests. Both the TOKEN tower and purchasable chests have been deployed on the Polygon main net since Q1 2022.

Here’s a quick recap of the tokenomics:

Crazy Defense Heroes is a great example of a regular game that has adopted the blockchain technology later on in its development. Thanks to the blockchain technology, Crazy Defense Heroes turned into an NFT play-to-earn game that rewards players with real asset ownership and rewards. The game keeps growing in popularity and we expect it to continue to do so in the near future.