World Cup Qatar 2022 – Which cryptocurrencies to keep an eye on 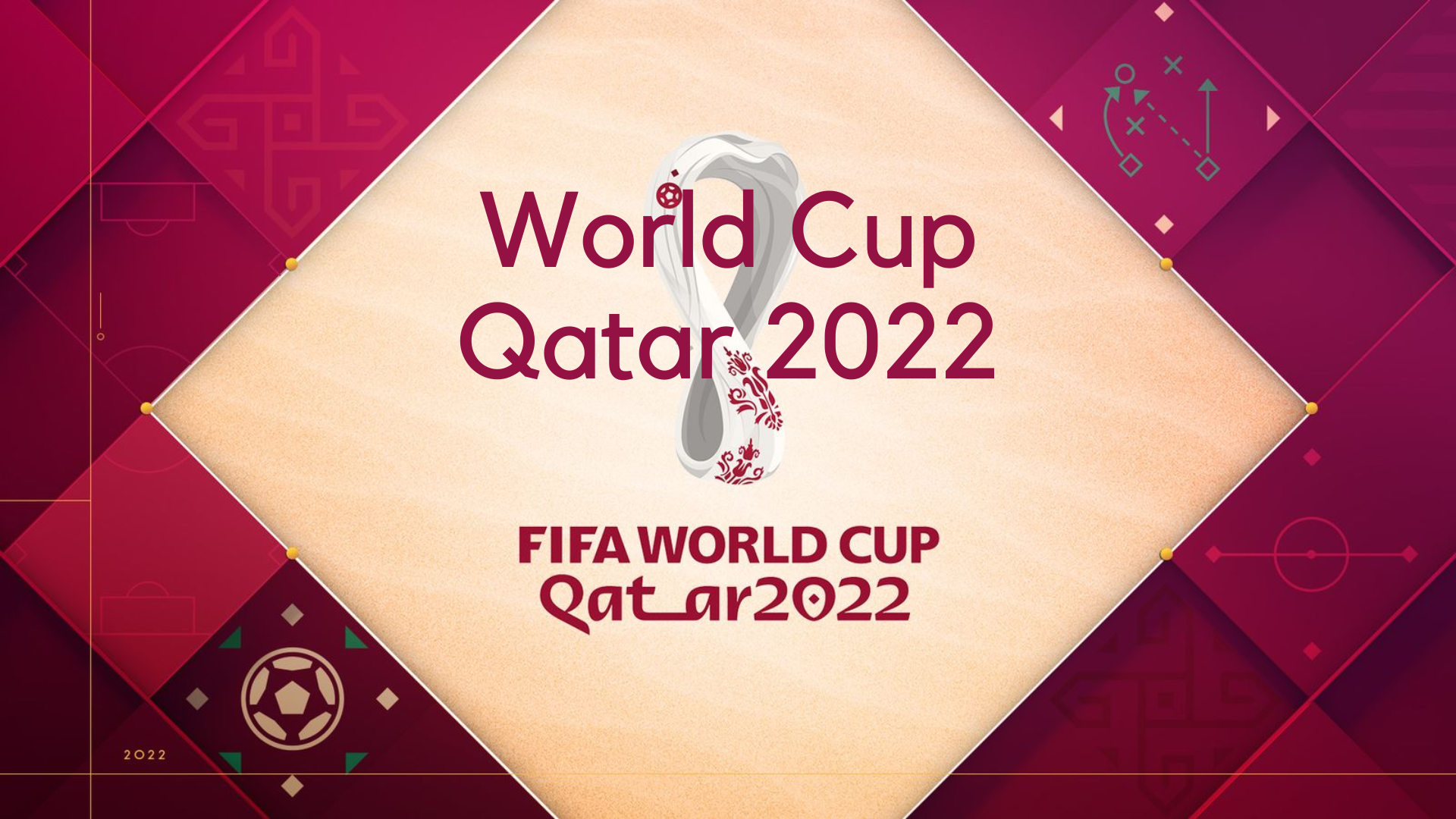 The World Cup in Qatar will be played in the winter months of 2022 and, football fan or not, this is also something to keep an eye on for crypto fanatics. Major events can create a hype, where you can take advantage of this volatile period.

But which crypto projects fall within this niche? To prepare you as optimally as possible for the World Cup in Qatar, we will discuss various investment opportunities with you in this blog! These tips are not only useful for the 2022 World Cup, but may also apply to other sporting events in the future. Remember that the tips that are discussed are not advice, but are of an educational nature.

The FIFA World Cup will be held in Qatar from Sunday, November 20, 2022 to Sunday, December 18, 2022. At the start of the tournament there are 32 teams competing for a place in the next round. Through a knock-out system, more and more countries drop out, until finally two remain in the final match. The winner of this competition can call himself world champion for four years, since the World Cup is played every four years.

4 tips to benefit from the World Cup via crypto! #

For football fans, the World Cup is of course one of the highlights of 2022, but it can also be a highlight if you don’t like football. When there are global events or other major happenings, it often grabs the attention of many people online. One of the results of this is that hype can arise around certain cryptocurrencies.

When the drama series Squid Game was a huge hype among many people, someone was smart enough to use this name for a token. Many speculators wanted to get into this coin early, in order to make a lot of money quickly. This coin quickly turned out to be a scam, because the transaction costs when selling turned out to be 100%.

Fortunately, there are also plenty of different ways to earn money from the World Cup on the crypto market! Below you can discover 4 tips, so that you know where the opportunities can lie and you also do not fall victim to a back pull, as was the case for many investors with the Squid Game Token.

1. Crypto.com as the main sponsor of the World Cup #

Crypto.com is one of the most famous crypto exchanges and that is partly due to the marketing activities of the past year. For example, nowadays you can visit the Crypto.com Arena, which is located in Los Angeles. This arena is home to several major Los Angeles sports clubs, such as the LA Lakers.

In addition, Crypto.com is involved as a sponsor not only in the world championship in Qatar, but also in CONMEBOL. This is the Champions League of South America, which you may know as Copa Libertadores. In addition, you can also encounter Crypto.com at Formula 1 and the exchange also works with Matt Damon and Water.org.

Crypto.com is the official title sponsor of the World Cup in Qatar. This means that a lot of eyes will be on the exchange with the ideal web address. The 2010 World Cup, which was held in South Africa, was watched by more than 3 billion people. These types of events are therefore very attractive to sponsors, because this way you get a lot of eyes on you. Crypto.com is therefore the main sponsor, so the exchange will be featured a lot!

Among the billions of eyes that will see Crypto.com on their screens, there could be a lot of people who would like to invest in cryptocurrencies. There is a chance that this will make the exchange a lot more popular and its token, the CRO token, will increase in value. On the Crypto.com platform, you can receive various benefits by holding CRO.

But how did CRO price react to previous events? When it became known in the fall of 2021 that Crypto.com was going to change the name of Staples Arena for $700 million, CRO’s price rose by more than 150% in a few days. However, this also turned out to be the top for the bull run of 2021.

2. Algorand as a FIFA partner #

In 2022, FIFA entered into a partnership with Algorand (ALGO). This collaboration has resulted, among other things, in an NFT platform, which is built on the Algorand blockchain and is the official FIFA NFT platform. Algorand is the first crypto project that has managed to collaborate with FIFA.

When the collaboration was announced, it immediately resulted in a price increase of ALGO, Algorand’s token. This increased by about 20% within 24 hours! When the plans for the NFT platform were announced, the share price even rose by 30%. There is a chance that the hype surrounding the World Cup will also spread to investors who invest in World Cup related crypto coins.

These are of course not extreme percentages on the crypto market, experienced crypto traders often experience this. However, for traders and investors this can still be a good day for the portfolio! Whether and when ALGO will rise is of course unknown in advance. Will it be buy the rumour, sell the news? Or does the token rise as the World Cup approaches the final?

This tip actually consists of three different tips, all of which have to do with fan tokens. There are fan tokens for football teams, but also crypto projects that focus on these tokens. When a hype arises about the World Cup, it can spill over to all three parts of this tip, but what are these parts?

The first are the regular fan tokens. More and more football teams have their own fan token, which you can see as a normal crypto token. You can also trade these crypto coins and they are just as speculative as memecoins, for example. Often these fan tokens are more than just the cryptocurrency, but also a way to take advantage of additional benefits. For example, you can meet players, buy exclusive merchandise or vote on certain topics.

In addition to many football clubs having their own token, such as the Atletico Madrid Fan Token (ATM) and the Paris Saint-Germain Fan Token (PSG), there are also football teams from countries with their own token. Below you can discover some examples of this, where it is useful to know that the team of Peru and Italy will not participate in the World Cup in Qatar.

Many of these fan tokens are powered by Chiliz (CHZ), a crypto project focused on developing fan tokens. The Socios platform, a fan token marketplace, is also part of Chiliz. At major sporting events there is a chance that there is more interest in fan tokens, resulting in more activity on the marketplace and more parties from the entertainment industry wanting their own fan token.

In addition, thanks to the fan tokens, the World Cup can also have a positive on major blockchains. Many fan tokens are built on the Binance smart chain (BSC) or Ethereum (ETH). More activity on or demand for these blockchains can result in a price increase in Binance coin (BNB) or ETH. However, both coins have a relatively high market cap, so there is a good chance that the price of fan tokens will show more volatility. The market cap of Ethereum, for example, is 4000 times larger than the largest fan token.

Crypto enthusiasts who were already there in 2021 know what the effect of memecoins can be. At the moment, the World Cup memecoins are already springing up like mushrooms and there is a chance that this will only increase. This can create a kind of memecoin hype, just like the hype around Shiba Inu (SHIB), Dogecoin (DOGE) and many other memecoins.

At the moment (October 2022) there are already many memecoins related to the World Cup. Below you can discover some examples:

In addition to general World Cup memecoins, memecoins can also be developed that focus on certain situations during the World Cup. Every football tournament has remarkable moments, which football fans can remember years later. Examples of this are Zidane’s headbutt, Brazilian Ronaldo’s haircut and Maradonna’s handball. Memecoin developers often respond to this very quickly, just like NFT designers.

There is a good chance that new memecoins or NFT collections will hit the market during the World Cup. When you want to invest in the projects, it is useful to examine the NFT and memecoin hype of 2021, to realize that these investments can be very risky. However, you can also make money with these projects, but investing without a strategy or dealing with FOMO is far from advisable.

You can speculate on the price of different crypto projects in various ways. From fan tokens and memecoins to large crypto projects that deal with collaborations and sponsorships. It is wise that you work out a strategy for yourself and invest with money that you do not need immediately. After all, it can also happen that the hype surrounding the World Cup fails to materialize or that an attack is committed, which can have a negative effect on sentiment. Depending on your strategy, these investments can be very risky. Therefore, don’t be afraid to take profit, because the only profit is profit paid out!