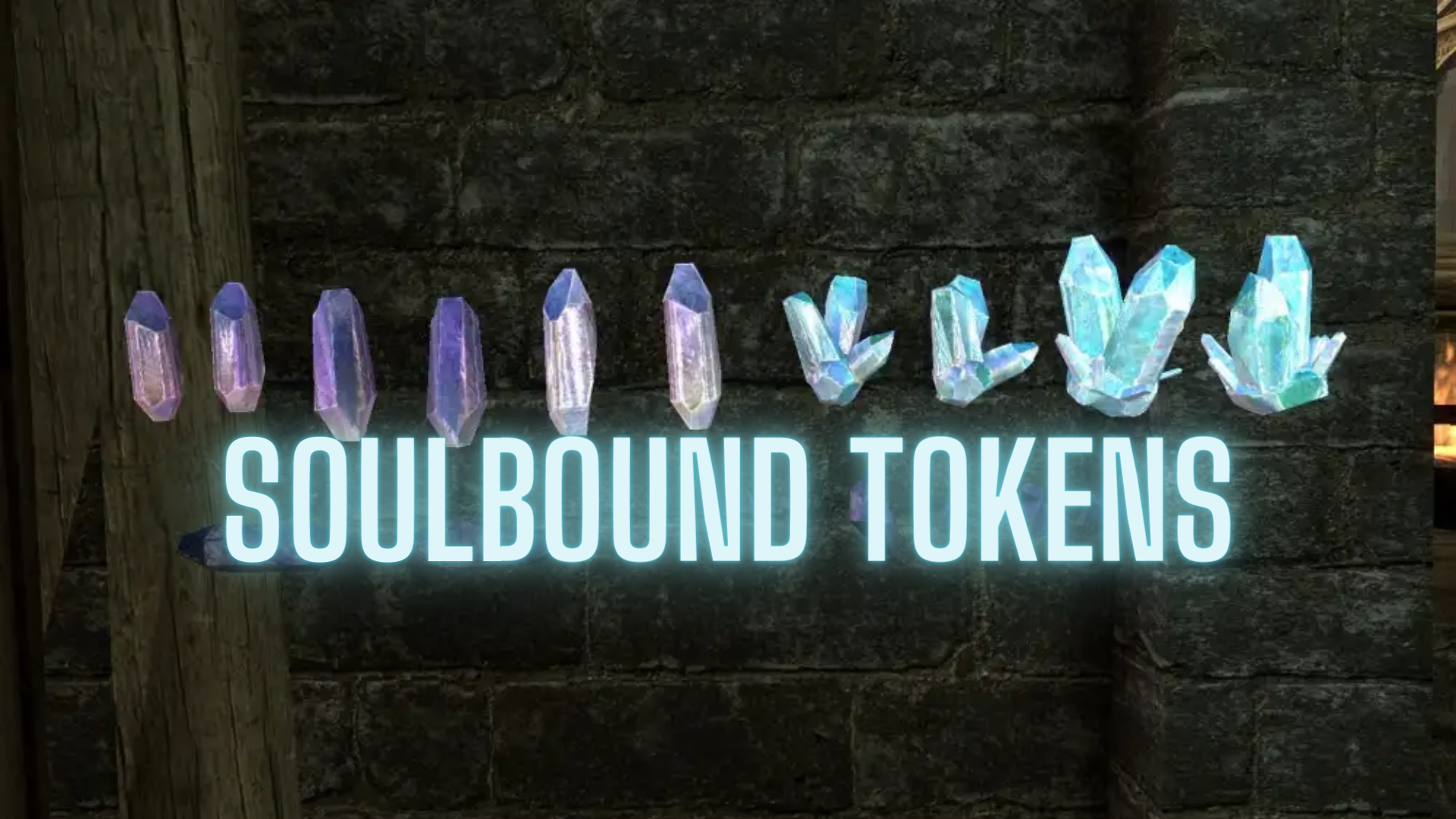 With Soulbound Tokens (SBTs), a new development has emerged within the crypto market, which is expected to play a major role in the future. Soulbound Tokens were first named in January 2022 by Vitalik Buterin, the co-founder of Ethereum (ETH). The crypto and blockchain world bring with it several new concepts, including Soulbound Tokens.

These unique tokens are called non-transferable non-fungible tokens (NFTs), which can prove someone’s identity and performance in web3. This is also possible with the NFTs we know today, but Soulbound Tokens work in a different way. In this article you can learn everything about Soulbound Tokens. What exactly are SBTs? What are the dangers? And how will SBTs play a major role in the future?

What are Soulbound Tokens (SBT)? #

Soulbound Tokens are unique tokens that cannot be transferred. You could already discover in the introduction that the term was first discussed in early 2022, so we are dealing with a new understanding. This term comes from the game World of Warcraft (WoW), where objects that could not be transferred are called ‘soulbound items’.

The idea of ​​Soulbound Tokens was further developed and a document about this was published in May 2022. This document was titled “Decentralized Society: Finding Web3’s Soul.” This describes what role these digital tokens will play in a decentralized society, which is abbreviated to DeSoc in English.

Crypto wallets within this decentralized society contain SBTs, which reflect the account’s obligations, employer, and credentials. SBTs can therefore be a kind of digital resume, with social relationships confirmed by other wallets.

To actually realize this decentralized world, it is important that companies, educational institutions and other governments also start using Soulbound Tokens. In this way, the relevant tokens gain value for both the holder, the issuer and, for example, a recruiter or other parties who would like to know more about your background.

When something is fungible, it means that something is easily replaceable. There is therefore no question of a unique object that represents a unique value. A good example of this are money notes or beer bottles. There are a lot of these items, so there is no question of anything unique. Every note or bottle looks the same.

However, these examples can contain unique codes, which means that even a bottle of beer or a 10-dollar bill can be unique. The big difference is that you cannot just exchange an NFT for another copy, while this applies to banknotes of the same amount or bottles from the same beer crate.

Non-fungible items are much more unique and therefore irreplaceable. A watch and painting are examples of non-fungible tokens. You cannot simply exchange them for another, as is no problem with money notes of the same amount. Tickets for a football match are also non-fungible, because they represent a unique seat.

The difference between an SBT and NFT #

The differences between SBTs and NFTs are minimal. The biggest difference is that an SBT cannot be traded or sold, while you can do whatever you want with an NFT. As a result, the use case for both tokens is completely different. NFTs are digital certificates that prove ownership of something while SBTs store non-transferable data of a specific person.

As a result, SBTs are not focused on trading and investing, but on the usefulness of the product. As the popularity of NFTs increased, more and more use cases were devised for these non-fungible tokens. You could link almost anything to the blockchain with NFTs and the possibilities seemed endless. Many of these ideas align with the motive behind SBTs. Examples include gym memberships or participation in events.

What can you use SBTs for? #

Because SBTs are non-transferable, it seems that SBTs are not a good investment. And that’s right. SBTs are a means of communication that is connected to the crypto wallet. But why can SBTs be of added value? Fortunately, there are several ways that SBTs can come from.

As the world moves more and more to web3, SBTs will come in very handy. Through the Soulbound Tokens, claims become verifiable. Today everyone can say they have completed certain studies to boost their CV or LinkedIn page. With the advent of SBTs and the adoption of web3, these claims will be a lot more difficult if you can’t substantiate them.

As a result, SBTs provide a verifiable reputation system, which you will have to deal with in various areas. The big advantage of this is that you can prevent problems with this system or start reliable collaborations. Thanks to SBTs you can also recognize less trustworthy people and in this way be careful with the contact.

On the other hand, you can also find suitable employees or partners on the basis of SBTs, both business and private. The more widely SBTs are used, the more you can find out about someone through their digital wallet. This can provide a lot of confidence in advance. But how can SBTs be used more widely?

Not only crypto related things can be shown through your wallet, but also other aspects of life can be shared in this way. In this way you can show various certificates or prove that you have been present at certain events. You can also build a reputation in terms of creditworthiness, which is shown by an SBT.

In addition to the examples mentioned above, there are many more, such as:

The last one is perhaps the most interesting! It is the nightmare of many crypto investors and in the past people have lost thousands of BTC because of it. By losing your private keys you can no longer access your crypto wallet and you can consider the coins lost. Thanks to a social recovery, more is possible in such cases!

Are there Soulbound Tokens already in circulation? #

The first Soulbound Tokens are already a fact! The crypto exchange Binance, the exchange with the most services, has started using SBTs. These decentralized identity tools are deployed to certify verified user status on Binance’s platform. These tokens are called Binance Account Bound (BAB) tokens by the exchange itself.

With this, Binance itself has issued the first SBT on the BNB Smart Chain, the decentralized arm of Binance. In the future, this SBT will fulfill more functions, but with the KYC function the first step has been taken for now. This makes it possible to show your Binance identity through your wallet, making it easier to detect bots, vote and distribute airdrops fairly.

Initially, the BAB token will be used as a trial via Binance’s mobile app. When users go through the KYC via the mobile app, they get their own BAB directly in their Binance wallet. Changpeng Zhao (CZ), the CEO and founder of Binance, is positive about SBTs. He thinks these tokens will change the way we connect and give blockchain technology more authority.

The Future of Soulbound Tokens #

To write about the future of Soulbound Tokens now feels a bit like writing about NFTs in 2014 or Bitcoin in 2010. The potential is clear but the adoption is not there yet. Yet today, partly due to the adoption of NFTs and cryptocurrencies, it is easier to imagine the usefulness of SBTs.

The unique tokens are seen as an important part of the future decentralized society, where social contacts and relationships will be important parts of everyone’s web3 identity. The document on Soulbound Tokens, which was released in May 2022, was not only written by Vitalik Buterin. Eric Glen Weyl was also among the authors of the document.

Weyl expects more use cases for SBTs to emerge by the end of 2022. The more adoption in web3 will increase, the greater the role of Soulbound Tokens will become. These non-tradable tokens show someone’s trustworthiness and interests, which has several advantages. In this way, SBTs contribute to the trust problem, which is a human problem.

Thanks to SBTs, you know the actual identity associated with the crypto wallet in question and you can discover whether the companies and studies on someone’s resume are correct. The caveat here is that privacy could become less, because this could make a lot of someone’s data transparent. The challenge is to maintain the advantages of SBTs, while avoiding the disadvantages as much as possible.

In addition to the many advantages of SBTs, there are also a number of challenges that require considerable consideration. Privacy is an important challenge here, because many people value privacy and the public disclosure of personal data can also pose dangers.

The fact that Vitalik Buterin, someone with Ethereum, has shown his future vision and smarts, brings up Soulbound Tokens says a lot. These tokens can now play an important role, which there is a chance that this role will become many times greater in the future. Web3 is seen as the future and within the world of web3 there is a place for SBTs.

To ensure that Soulbound Tokens will be of added value, the adoption of these tokens is important. In addition, it is important that crypto projects get started with the problems that SBTs currently entail. In any case, the fact that Vitalik Buterin and Binance are working on these tokens is good advertising for SBTs!

At the moment (November 2022), most of the world’s population does not have a crypto wallet, so adoption of these tokens is still a long way off. Bitcoin, DeFi and NFTs show that this adoption has not just happened. However, getting to know SBTs at an early stage also means that you can reap the benefits early! These fruits will not be the profits, as with cryptocurrencies or NFTs, but can benefit you during a job application or networking.