The Hype around OpenDAO ($SOS) 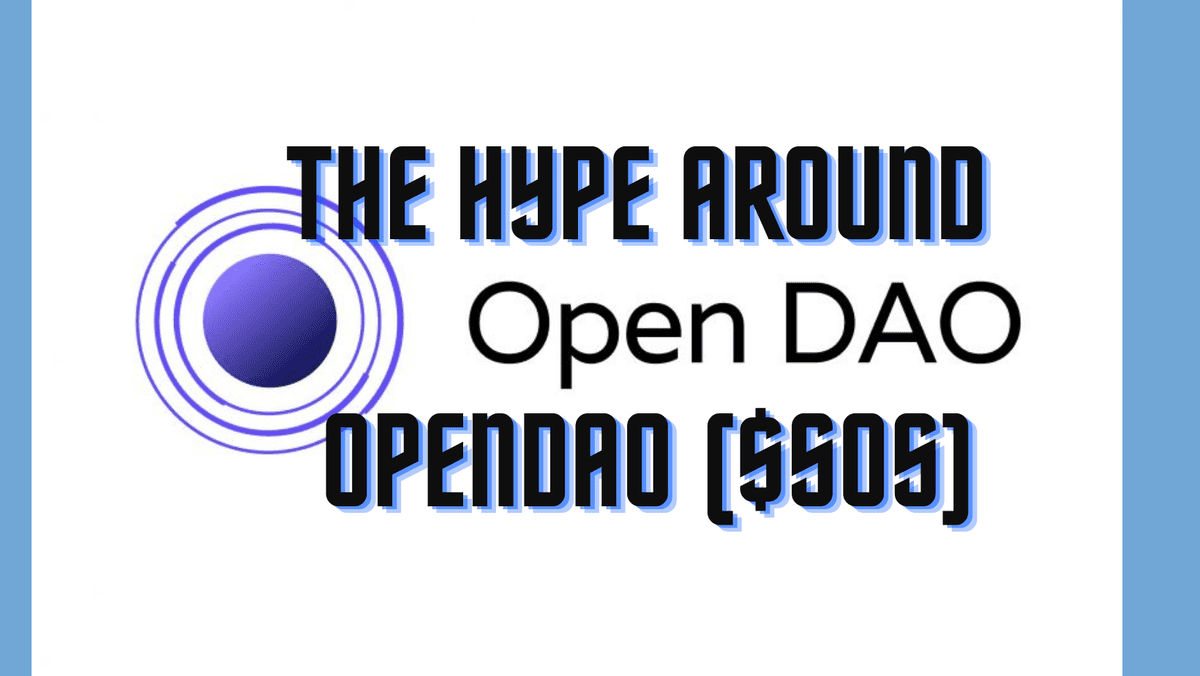 While everyone was busy giving gifts and celebrating, an unexpected gift was airdropped to NFT buyers and creators. All OpenSea users received SOS tokens that increased by an astonishing 1270%.

By creating the $SOS token, the OpenDAO project pays tribute, protects and promotes the non-fungible token (NFT) industry. The project also wants to thank all NFT creators, collectors, and marketplaces who have brought this new industry to prominence. Participants in the $SOS token airdrop must have purchased, sold, or traded an NFT through the OpenSea NFT marketplace. At the time of this writing, $SOS tokens have been distributed to over 241,000 addresses.

It is important to note, however, that the $SOS token is not just for existing users. It is also used for the following:

Despite being airdropped on Christmas Eve, the token has seen an astounding 1256.80% increase in value since then.

How Does OpenDAO Work? #

In addition to providing OpenSea users with awards, the functionality described above brings positive attention to the NFT industry. By rewarding victims of scams, the $SOS token will benefit from broader distribution as well as provide some relief to those who have lost money as a result of such incidents.

To claim the $SOS token, connect a Web3 wallet to the project’s website. Users will receive rewards based on the amount of money they spend on OpenSea and the number of transactions they make.

OpenDAO still has many unanswered questions as of now. On day one, there is no mention of who is behind the project besides 9x9x9eth, nor why so many tokens are being airdropped to users. Most people, however, agree that OpenSea needs a compensation system for scam victims, even if the marketplace doesn’t intend to implement it.

All $SOS tokens are part of a Decentralized Autonomous Organization (DAO), which is governed by members of the community. The token has been held by tens of thousands of wallets so far, each of which has the ability to actively participate in the governance of the protocol. At this point, no one knows what exactly the governance will entail.

$SOS token by OpenDAO is an interesting venture. There have been rumors about the marketplace creating a native token for a while now, so using some of the funds as an airdrop to OpenSea users is surprising. However, that doesn’t mean a token like $SOS will ever exist, therefore making it a social experiment of sorts.

The airdrop tokens can be claimed until June 30, 2022, after which the remaining tokens will be sent to the DAO treasury.

Moreover, OpenSea compensates verified scam victims well. Today there are still too many scams and malicious listings on NFTs and OpenSea, despite their growing popularity. Blockchain-based transactions cannot be reversed, leaving affected users with no recourse. Offering them compensation in $SOS may provide some relief.

OpenDAO is also meant to support emerging artists and NFT communities, but how that will work remains a mystery for now. Similarly, art preservation can be done in many different ways.

In addition, the developer grant from $SOS indicates that OpenDAO has a long-term vision. Perhaps $SOS will have a greater utility or there will be new products, services,, and applications to expand the ecosystem.

For OpenDAO, the tokenomics are as follows: the supply of $SOS is 100 trillion tokens, which are distributed as follows:

Unclaimed tokens will not be taken out of circulation, but will be redistributed to the DAO’s treasury. The 100 trillion supply will remain in effect unless the team decides to change their model at a later date.

Airdrops have traditionally been a source of excitement in the cryptocurrency industry. We all love free stuff, right?

This $SOS airdrop received tremendous social momentum since NFT holders rarely receive such tokens. Participants in the industry share how many tokens they received to build momentum for the project.

Some of the rewards are worth over $4,000, which amounts to over 1 ETH. While the introduction of staking may change this narrative, users are likely to sell this token as quickly as possible to lock in profits.

The OpenDAO project honors the NFT industry and those who have invested in it. According to the OpenDAO website, its mission is “to honor, protect, and promote” the NFT community. The book focuses on NFT creators, NFT connoisseurs, and the OpenSea marketplace that facilitates their exchange.

Although it is not certain as of now what the governance token $SOS will be used for, it is quite nice for the community to know that this is a great way of encouragement for a really uncharted industry such as crypto. My thoughts are that they want people to have the incentive to keep helping one another out as we all benefit together.