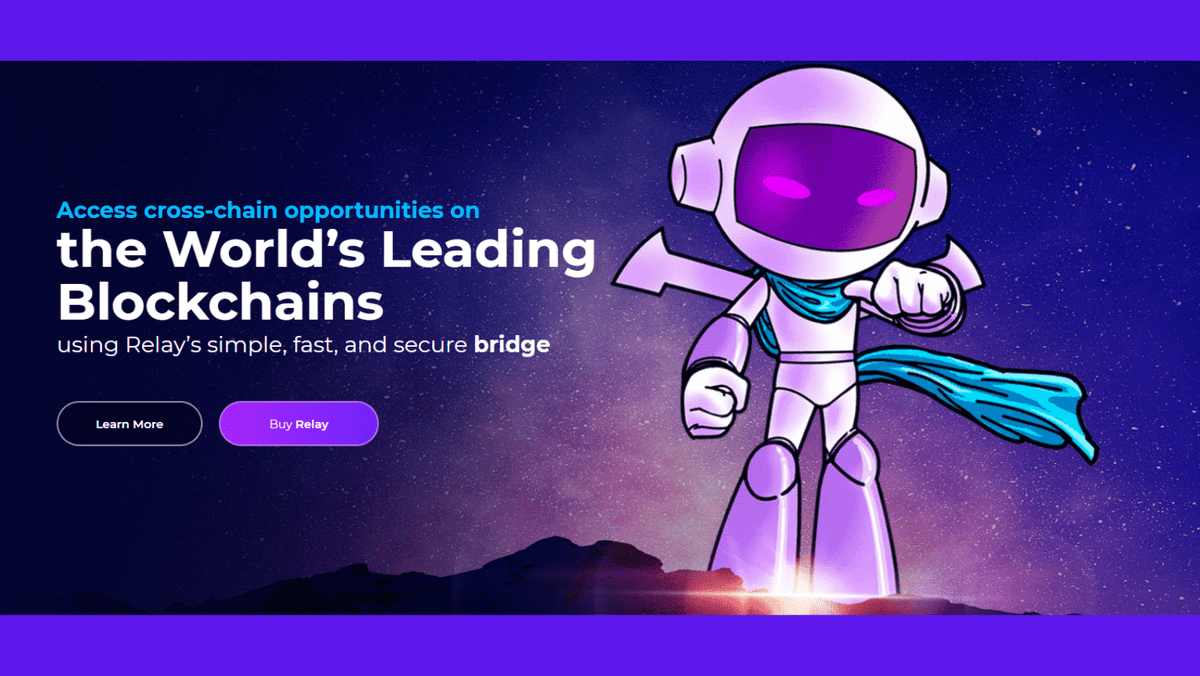 RELAY is based on the principles of locking, minting, burning, releasing, and wrapping tokens that are set by ChainSafe technology. The reliability and stability of the bridge has been improved using custom code.

Bridging a token back and forth #

To accomplish cross-chain transfers, users send tokens to the Relay bridge contract and receive them back in the same wallet address on the destination chain.

An origin chain token is bridged to a destination chain when:

Tokens bridged back to their origin chain are either:

In some cases, projects are able to offer trade services (1:1 ratio) between two wrapped tokens versions on the destination chain of the same token, but the user is dependent on which wrapped tokens are supported by these kinds of projects to (almost) seamlessly use any bridge between the two chains.

The Relay project is focused on brokering solid partnerships with well-established players in different domains (such as DEXs, lending platforms, and smart contract platforms) to propagate wrapped token versions by the Relay bridge on the multiple chains supported by the Relay bridge, with enough liquidity everywhere.

Furthermore, the project will seed initial liquidity with the Relay token and native gas tokens (such as ETH, AVAX, MATIC, BNB, etc.) on the chains the bridge will support. Besides that, there are other tokens with specific partners for cross-chain and/or setting liquidity with Relay (like $QUICK from Quickswap). In that way, we can use the Relay bridge to transport assets from one chain to another without having to combine it with other bridges to fill in gaps between chains.

While some projects are attempting to resolve the fungibility issue, they have/had been experimental and/or careless with audits, disregarding the security of their users’ funds, as well as being subject to major and public hacks (like Thorchain, ChainSwap, Poly Network, AnySwap). At the moment, these more exotic cross-chain designs using liquidity bridging, mapping tokens, etc. have proven to be most vulnerable to attacks from malicious actors. Bridge users have lost millions of dollars due to these incidents. Safety and security are Relay’s top priorities. It has proven to be the most bulletproof method so far to use wrapped tokens.

The Relay team is looking for a solution to the fungibility problem on its own, but will not use it until it is proven to be safe, scalable, and secure.

A major challenge in crypto today is solving the conundrum of interoperability in DeFi while ensuring seamless, secure, and fast execution. As a result of Relay’s vast experience in the bridging space, they are among the best positioned to assess and execute a way forward without carelessly risking the funds of users.

A smart contract’s and bridge code’s security is as follows:

Decentralization of the relayers is another strategy for improving security and safety. The relayer’s role is to vote (= approve) a request to give the green light to its execution (destination wallet, amount of tokens to lock, mint, burn, release).

A vote of 4 similar votes is required to approve a cross-chain request among the 5 public relayers plus one managed by the team. Multiple relayers must be hacked at the same time in order to compromise the bridge (like minting more than locked and/or transferring to another address than the wallet address, etc.).

As a result, the bridge is not fully decentralized.

A new chain that is EVM compatible is technically easier to add to the bridge portfolio than one that is not. The team is also looking into supporting non-EVM chains, such as Solana and other similar opportunities.

The first time that a wallet transfers tokens to a chain, a drip of gas tokens (such as AVAX, HT, BNB, MATIC, MOVR, except ETH) is airdropped on the destination chain to allow for a few trades. Tokens are not stuck in a wallet and cannot be traded without going to a CEX and buying gas tokens first.

The Hype around OpenDAO ($SOS)How to Stake $RAIN Tokens