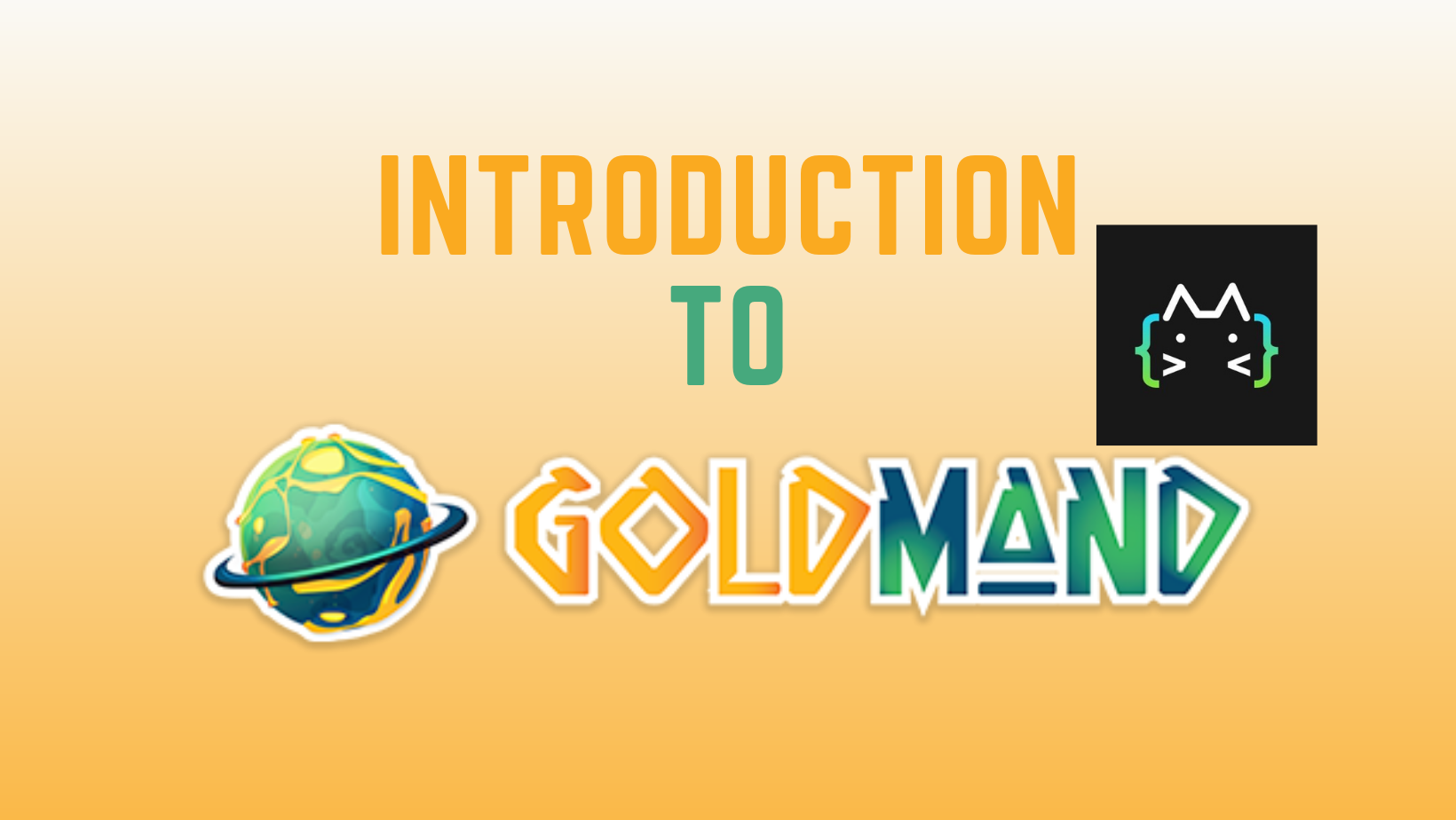 Most of the top rated blockchain games on Dappradar.com are mining games. Typically, players must acquire tools, land, spaceships and other NFTs in order to play these games. Unfortunately, most games end up with limited gameplay mechanics (selecting a button to mine resources). However, Goldmand is here to change that.

Launched in Q1 of 2022, Goldman is a blockchain-mining game developed by Fantasy NFT Limited. The game was first launched on the WAX blockchain, but the goal is to make it compatible with the Binance Smart Chain as well.

As of writing, there are two in-game hubs. The first hub is the Mining Hub. In this hub, players can select up to 5 item slots, which can be used for tools and amulets. Players can also use the hub to follow mining bonuses, resources and more.

As mentioned above, players can use 2 types of equipment to start mining for resources. The first pieces of equipment are tools. The player must have at least one tool in order to start mining. Tools come in wide range of rarities, which impact the number of mined resources. There are five different types of rarities: Common, Rare, Epic, Legendary and Artefact. Common tools have an average mining multiplier of 0.00 – 1.50, while artefact tools have an average mining multiplier of 6.00 – 12.00.

Players must take into account that tools are categorized into the three races mentioned earlier. If the player chose to play as the human race, then he won’t be able to use alvar and sever tools.

On the other hand, amulets can be used by every race, but are limited in supply. Typically, amulets can be acquired by participating in special events. Amulets boost the mining of resources but usually consume a specific resource to do so. For example, if the player has a common amulet that multiplies the mining of resources with 0.00 – 0.50, it will have an average resource consumption of 0.00 – 0.10. As with tools, amulets have different rarities as well.

The other hub that players can access is the Lab. In the Lab, players can craft high rarity tools by burning low rarity of tools and mining resources. Depending on the rarity of the to-be crafted tool, the player needs to burn a specific amount of tools to craft it.

Two upcoming features in Goldmand are Land and Characters. Like Alien Worlds, landowners can charge their miners a specific mining fee, which ranges between 1 and 10% based on the landowners’ staked GMD tokens. The rarer the land, the higher it’s average mining multiplier.

There’s not a lot information about characters disclosed yet, but it has been stated that they will play a major role in Goldmand’s upcoming PVP mode.

The game’s economic system uses of 4 tokens: GMD, GMM, GMF and GME. The latter three are the aforementioned mining resources that players can acquire by mining on planets. The total supply of these three tokens is 50,000,000,000,000 and is regulated by in-game burning mechanics. One of the burning / deflationary mechanics is the so-called dump curse, which prevents players to mine the specific token for a set period of time until the token’s price catches up with the 3.

GMD is the native currency in Goldmand and can be mined from all three mining sources. It has a total supply of 10,000,000,000 tokens. As of writing, there is no pie-chart or other form of information regarding the GMD token allocation, which means it’s unclear how much the developers hold.

The full roadmap of Goldmand can be seen bellow. As of writing, the game is still in phase 1, which means that they are still growing their community and focusing on the early development of the game. This also means that it’s a great opportunity for early investors to join the project.

As a direct competitor of the popular blockchain game Alien Worlds, Goldmand claims their focus is more on gameplay instead of the mining aspect of the game. While the project is (as of writing) still young, it will be interesting to see if it can stick to its roadmap and compete with its larger competitors.