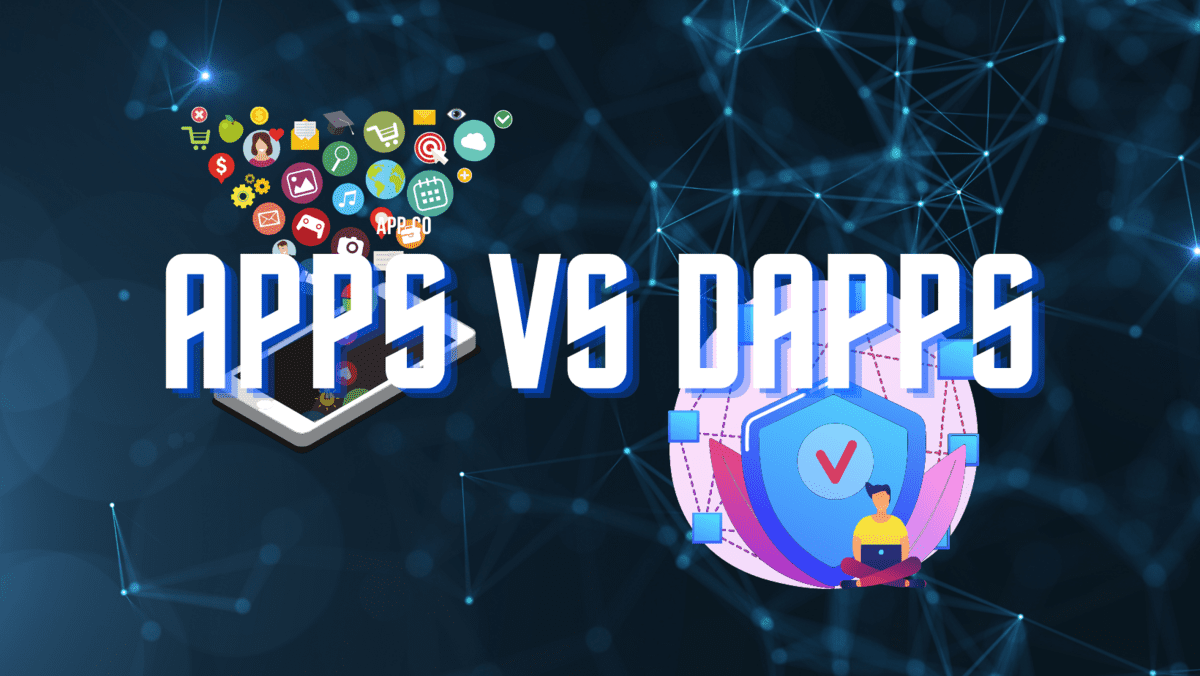 What exactly is a dApp? #

They are also called decentralized applications, or dApps. They are digital applications that run on a blockchain network, rather than on a single computer.

Additionally, they are open-source applications that use smart contracts to run peer-to-peer transactions. They are not owned by a centralized authority and cannot be shut down by anyone.

DApps and apps differ in some keyways. Let’s take a look.

Why Ethereum for dApps? #

The first and foremost reason is that Ethereum implements an interface that reduces programming time and allows projects to be launched instantly.

Ethereum Blockchain, with its integration of development kits, application templates, and MetaMask, offers a developer-friendly experience that has proven effective in attracting new projects and large communities.

A smart contract consists of computer code that operates on a blockchain in accordance with its predetermined programming. Smart contracts are generally built using Solidity, the main programming language for Ethereum. Instead of being a contractual agreement that is enforced by two parties and various intermediaries, smart contracts are self-enforcing and don’t need a 3rd party.

Smart contracts cannot be altered once they have been deployed. To create a successful smart contract, you need to put a lot of thought into its creation, be able to test it out before it goes live and have reliable smart contract auditors. Developers are able to build decentralized applications because smart contracts are controlled by code, rather than any individuals or corporations.

A new token-based financial system can be built by anyone with an Internet device using Ethereum’s platform for building dApps, which is transparent, non-discriminatory, and available 24/7.

From the above discussion, it is clear that dApps stand out from regular mobile applications in terms of transparency, reliability, flexibility, and scalability, and these factors are stimulating the global DApps Market.

The market for dApps was estimated to be worth USD 10.52 Billion in 2019 and USD 368.25 Billion by 2027 at a CAGR of 56.1%. Rising demands for fast transaction processes and the benefits of DApps in terms of transparency, reliability, flexibility, and scalability are driving the global dApps market.

Developing dApps on Ethereum is an excellent way to enter the Blockchain space since dApps are innovative new technologies.