How to Make Money in the Metaverse 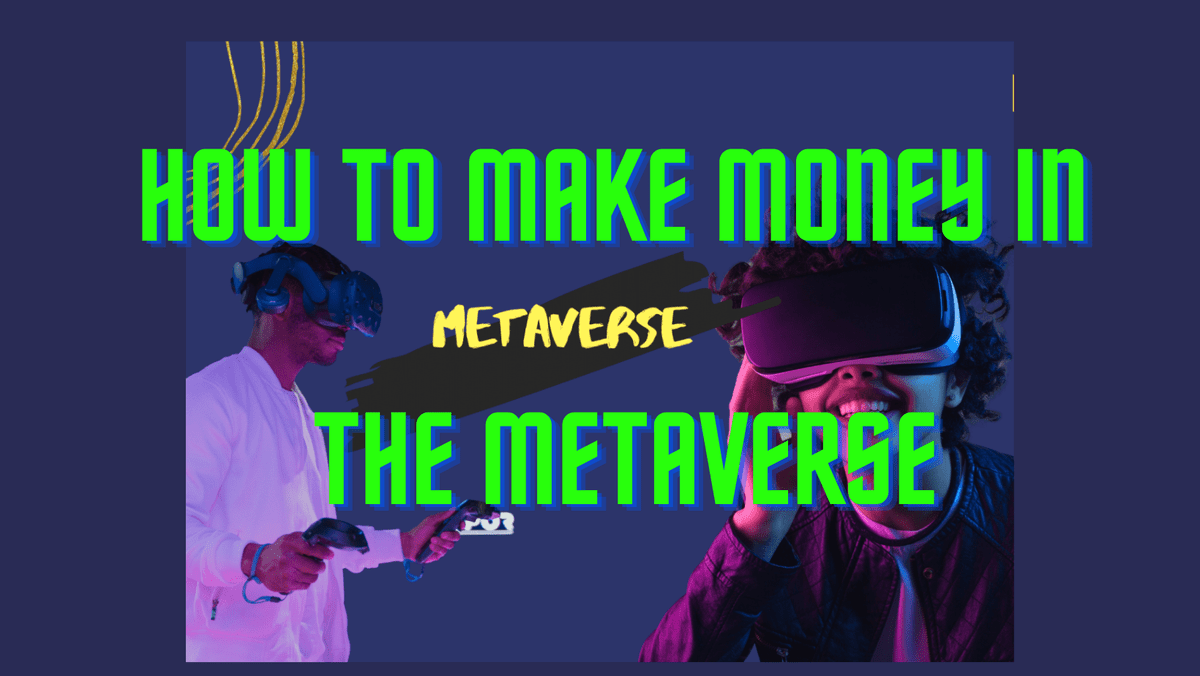 Future tech enthusiasts can invest in the next digital frontier by investing in metaverse real estate and stocks.

Writer Neal Stephenson published his third novel, “Snow Crash,” in 1992. Stephenson’s characters interact in a digital environment where appearances can be changed at a moment’s notice and digital real estate is just as valuable as its physical counterpart. This digital environment is called the Metaverse.

Public companies like Meta (formerly Facebook) and decentralized autonomous organizations like the Decentraland Foundation are working to make the metaverse a profitable reality 28 years later. New revenue opportunities have opened up for retail investors, gamers, digital collectors, and developers.

Metaverses are still in their infancy, and their value proposition has not yet been established. It is highly speculative and risky to invest in the metaverse.

With the add-on to the popular video conferencing platform, individuals can make their own avatars and collaborate in a holographic 3D environment that transcends geographic boundaries. Holoportation, a tool that lets users access the previous digital environment with a VR headset, will be a key feature of Microsoft Mesh. A lifelike digital representation of the user appears with the ability to interact with team members as if they were in person.

The metaverse is still in its infancy, but platforms such as The Sandbox and Decentraland are already selling digital real estate in the form of non-fungible tokens (NFTs), which are digital tokens on blockchain networks that can represent a wide range of unique items. In the metaverse platform, the blockchain network powers the sale and transfer of ownership of real estate.

NFT owners can rent, sell, or build on their virtual properties once the virtual real estate is purchased. Its very own crypto casino has been built by the Japanese video game maker Atari after purchasing 20 parcels in Decentraland. Atari’s native ERC20-based Atari token allows gamblers to place bets and receive winnings tax-free in crypto. The company has also announced plans to launch its own virtual hotel complex in 2022.

How to buy land in the metaverse and other digital items #

Metaverse platforms have developed marketplaces where users can buy and sell digital land and other collectibles in the form of NFTs. This is how you do it:

The Metaverse is powered by fungible tokens (tokens that are divisible and exchangeable) on blockchain networks. Digital assets, such as virtual land and avatar outfits, can be acquired using these tokens. Crypto or fiat currencies can also be exchanged for them. The owners of certain metaverse cryptocurrencies can also vote on decisions within a metaverse platform, such as where money should be invested or which new features to release first.

The metaverse tokens listed below are sorted by market capitalization (market cap) in descending order. The options are inherently risky and should be viewed as speculative investments. Generally speaking, you should never invest more than you are willing to lose.

The future of the metaverse? #

Millions of dollars are being spent by companies investing heavily in the metaverse to convince consumers that the dawn of the metaverse has arrived. Can it usher in a new era of mass adoption and barrier-free digital interaction, or will it remain a niche product, reserved for gamers and tech enthusiasts? That remains to be seen. For now, retail investors interested in the metaverse should explore these platforms and weigh its future value for themselves.

The Tokenomics of Pegaxy ExplainedHow to earn on Splinterlands