Introduction to the Ardana Stablecoin 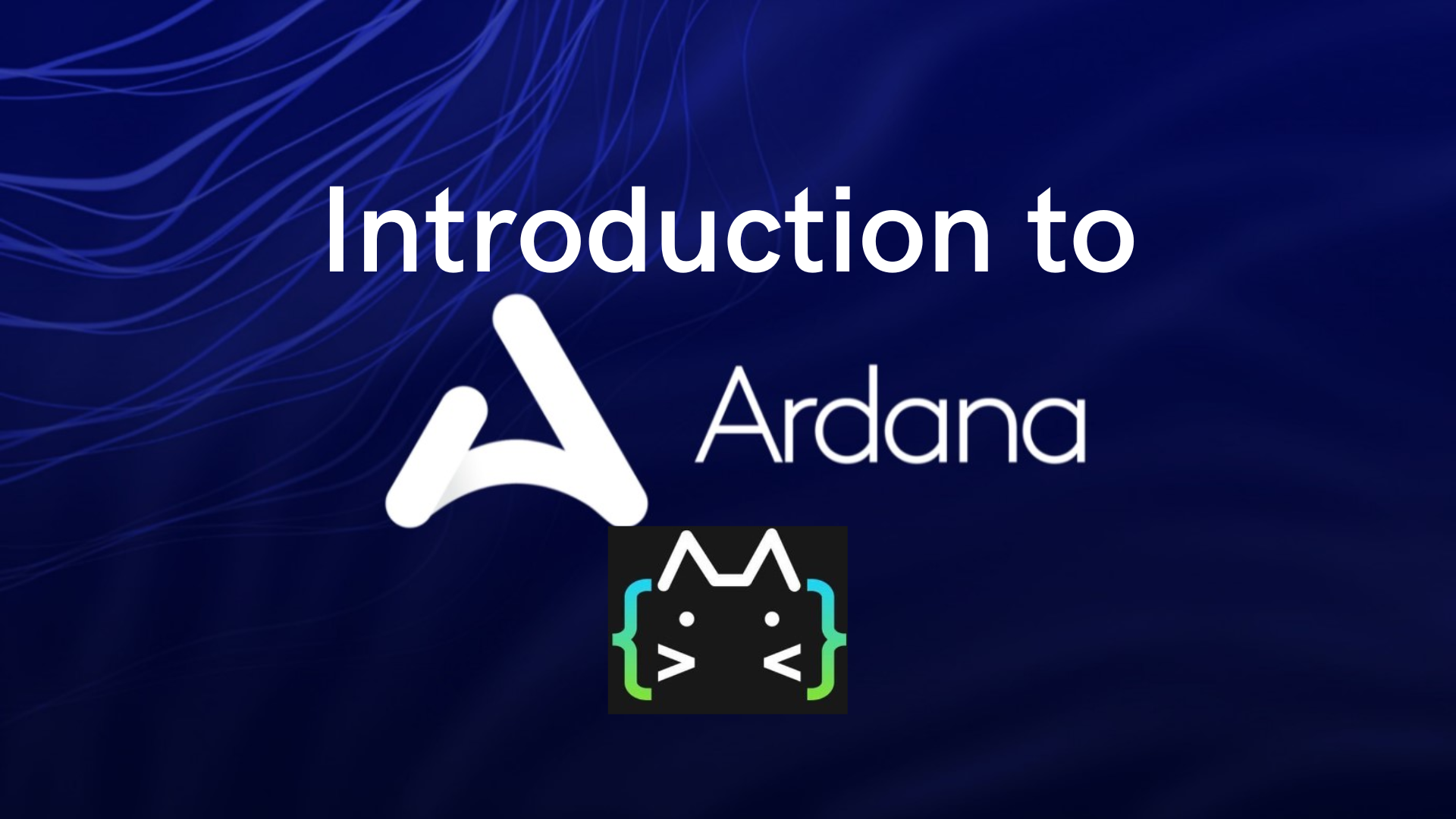 Cardano (ADA) has been in development for a long time, but now we are finally establishing more and more applications, protocols and ecosystems on the blockchain. Developers choose Cardano more often for a reason. This blockchain can be used quickly, cheaply and securely for the creation of tokens, as well as for the development of decentralized applications (dApps).

Ardana is one such ecosystem that runs on Cardano. And not just any one, because Ardana is the first all-in-one stablecoin ecosystem on Cardano. Within Ardana you can, among other things, set up stablecoins yourself, earn money by providing liquidity and use the dUSD stablecoin that runs within the ecosystem.

Ardana calls itself the first all-in-one stablecoin ecosystem on Cardano. But what does it mean by this?

A stablecoin is a cryptocurrency with a stable value, often pegged to a fiat currency such as the US dollar or euro. The value of one stablecoin should always be equal to one US dollar or one euro.

Within the Ardana ecosystem, which runs entirely on Cardano, users can use many different DeFi services and products. Think of decentralized exchanges (DEX), Automated Market Makers (AMMs), liquidity pools and more.

The dUSD stablecoin runs within the Ardana ecosystem. This stablecoin, which is fully backed by on-chain collateral, has a value equal to the US dollar.

In addition, users have the option to set up their own stablecoin within the ecosystem. Users must provide collateral for the stablecoin themselves. This collateral is stored completely on-chain and must ensure that the value of the stablecoin always remains the same. In this way, the stablecoins can be used as safely as possible by other users.

The collateral is provided with the dUSD stablecoin, which was developed by Ardana. This stablecoin is available across Cardano’s entire blockchain.

As the name implies, DanaSwap is an Automated Market Maker (AMM) and decentralized exchange (DEX). An AMM determines the ratio (and therefore the price) of all tokens that are stored in the liquidity pool. These tokens are supplied to the liquidity pool by other users. These users are also known as liquidity providers (LPs).

What are the benefits of DanaSwap? #

DanaSwap brings the following features to the Cardano blockchain

The team behind Ardana consists of a number of talented people who have a lot of experience within the financial and technical world. In the past, they have worked for large companies such as Apple, Microsoft, Barclays, Citi Bank, State Street, Cardano and Mina Protocol.

Ryan Matovu is the founder of Ardana and has set up several B2B and B2C companies in the past, as well as collaborated on a number of projects on Ethereum.

Derek Evans is Chief Operating Officer (COO) and has 20 years of experience in the software industry. In the past, Derek has worked on various government projects, among others.

We also find the following people in the Ardana team:

The team gets help from some notable advisors:

Cardano uses Ouroboros, which is based on Proof-of-Stake (PoS), as a consensus mechanism. Within this system, nodes must secure ADA in order to participate as a validator. Once they’ve done that, it’s possible to make money from discontinuing ADA.

Anyone can join Cardano as a validator to discontinue ADA. You will need to have the technical knowledge before you can set up a validator node. Once that is successful, the node can process transactions and you will receive rewards for the contribution you make.

You can also stake ADA by outsourcing your stake to another validator. In that case, you do not need to set up a validator node within the network, but use the node of another validator. The rewards that this validator receives are then shared with everyone who contributes.

Ardana is built on the Cardano blockchain with a number of libraries, frameworks and programming languages:

DANA is Ardana’s utility and governance token. But while Ardana is a stablecoin ecosystem, DANA is not a stablecoin. The value of DANA can fluctuate like any normal cryptocurrency.

Ardana also features a second token. This is exDANA, a token that is not exchangeable, nor can you send to other addresses over the blockchain. Users can only get exDANA by pinning DANA. How much DANA you have to lock depends on the locking period, which can last up to 4 years.

When you own exDANA you can participate in more decisions, but you can also receive greater income from the contributions you make.

The pros and cons of Ardana #

Now that you’ve read what Ardana is and how it works, you may have some idea of ​​the main benefits of this project. To briefly summarize what Ardana is, we will list the main advantages and disadvantages of Ardana for you.

Ardana is the first all-in-one stablecoin ecosystem on Cardano. Within this ecosystem you can set up stablecoins yourself. For this you have to provide the collateral, on-chain, yourself. But you can also use all other stablecoins within Ardana, such as dUSD.

DanaSwap runs within the ecosystem, a DEX with its own SMP and liquidity pool. Users can lend their tokens to provide liquidity to the liquidity pools. They are rewarded for that. So it is possible to earn passive income with Ardana.

Do you want to buy DANA, Ardana’s utility and governance token? You can do that on the Gate.io and MEXC Global exchange. With this token you can use the Ardana ecosystem and get governance rights.