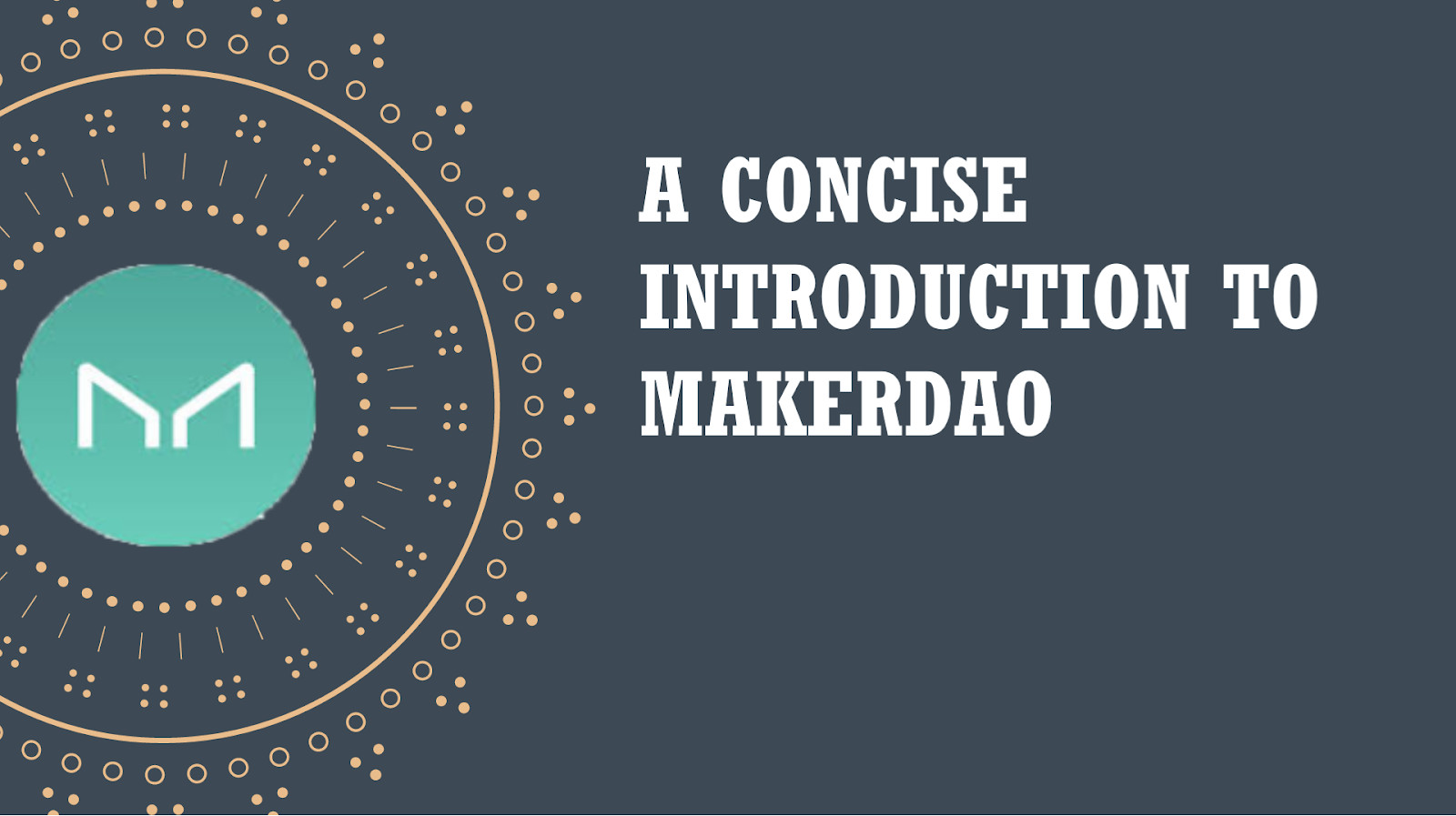 Created in 2014, the MakerDAO platform was launched as an open-source project on the Ethereum blockchain and a Decentralised Autonomous Organisation. The Maker protocol helps generate Dai, which is the stablecoin generated by holding collateral assets approved by “Maker Governance”.

The governance of Maker Protocol is conducted through ownership of the MKR token. Token holders, and sometimes non-token holders, can submit proposals for an MKR vote. These votes are mainly used for executing changes on the system.

The elements of the Maker Protocol are the Maker Collateral Vaults, Oracles, Voting and the Dai stablecoin. The Maker protocol was the first highly adopted Defi application on the ethereum blockchain and is still one of the largest decentralised applications on the blockchain.

The governance token, MKR, is used to manage the system’s activities. By holding MRK tokens, users can take part in the governance processes like Executive Voting, and ensure the stability, transparency and efficiency of Dai and Governance polling, and managing the Maker protocol.

The other responsibilities of the MKR tokens are;
• Modifying the Dai savings rate
• Choosing the set of emergency oracles and oracle feeds
• Upgrading the system
• Changing the risk parameters of collateral assets
• Triggering emergency shutdowns
• Adding new collateral assets

Maker Vaults are the smart contract. The Maker protocol holds the collateralized assets and is permitted to do this through the Maker Vaults. The system makes creating Vaults easy, however, once the collateral is added and Dai is being generated, it would need to be paid back, alongside the stability fee before the collateral can be retrieved.

Dai is created to function like actual money. As a stablecoin, it is soft pegged to the US Dollar. Dai serves as a store of value, a medium of exchange, a standard of deferred payments and a unit of account. These features make it a lot similar to fiat, but it performs these functions virtually.

The generation of Dai is based on collateral assets deposited. These collateral assets are deposited into Maker Vaults where they enable users to not only generate Dai but also access and use. They also provide liquidity and enable Dai to be available for circulation.

The collateral accepted for the generation of Dai can be any Ethereum-based asset approved by the MRK holders. However, at the time of writing, the only asset accepted as collateral is Ethereum.

The major disadvantage of this project is the collateralisation of debts. Ethereum is currently the major collateral asset used for generating Dai and in order to qualify, the collateral must at least be worth the amount of the loan.

Ethereum is generally affected by the volatility of the crypto market. Hence, the price can go high and low at different intervals. When the price of the ETH kept as collateral reduces, it causes a major problem causing most debtors to delay payment of their loan.

In such cases, the mandatory security mechanism is implemented. Through this mechanism, the collateralisation of a loan can never fall below 150%. However, in a rare case where this happens, an automated liquidity process is activated and anyone who pays the loan receives 13% of the debt that will be paid out of the funds of the borrower.

Although the borrowing process is seamless, these risks still exist, and the borrower needs to consider them before proceeding with a loan. They can be avoided by paying back loans fast and early.

MakerDAO is a decentralised loan providing platform. The entire system works through the Maker Protocol smart contract on the Ethereum blockchain. The governance token, MRK, is used for making governance decisions on the platform, while the stablecoin, Dai, is generated through collateralising Ethereum.