What is GameFi? Play-to-earn and blockchain games explained 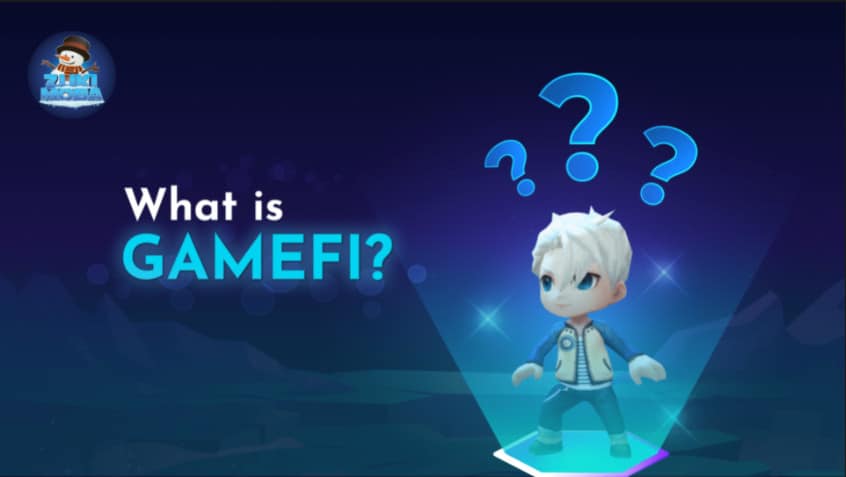 The success of Axie Infinity and its $1 billion in in-game asset sales has piqued the interest of traditional gaming companies – giants like Ubisoft are now getting into the GameFi market.

If you’ve never heard of the term, don’t worry, we’ve got you covered. To begin, we will briefly explain what blockchain gaming is before looking at its history. After that, we will look at some of the most popular ways to monetize gameplay by looking at existing GameFi titles, such as Play-To-Earn and Asset Ownership.

For those brand new to web 3.0 technology, we’ve included an explainer on how to get started in the world of GameFi. In light of blockchain gaming’s future, we’ll explore the concept of decentralized autonomous organizations (DAOs), and how they’re shaping today’s popular games.

GameFi refers to the financialization of video gaming. GameFi is a fusion of the words “game” and “finance,” just like DeFi, or decentralized finance.

As we’ll explain in this article, GameFi is a rather broad term, and titles that are considered GameFi may have entirely different financial components. For example, some blockchain games reward players for completing in-game tasks, while others let players generate income through their various assets.

It is important to note that GameFi is not gambling. In order to generate income, players need to leverage a mix of skill and strategy. Regardless of whether luck plays a role in these games, it doesn’t determine who wins or who is eligible for financial rewards.

GameFi got its start in China at the Wuzhen World Blockchain Conference in November 2019 when the founders of MixMarvel, a blockchain game publishing platform, talked about how cryptocurrencies could revolutionize the video gaming industry.

Yet perhaps more famously – at least for western readers – the term was first used by Yearn co-founder Andre Cronje in a September 2020 tweet. Over the years, the term “GameFi” has become more frequent when describing games with financial elements enabled by blockchain technology.

Although GameFi has only recently become popular, its history goes back almost as far as Bitcoin. BTC integrations in early Minecraft servers, Gambit.com in 2013, titles like Bombermine, and peer-to-peer services that enabled gamers to monetize mainstream titles with BTC represent some of the earliest efforts in the field that we now consider GameFi. Later, projects like Huntercoin used blockchain technology for more than just payments, enabling players to mine cryptocurrencies to make money. 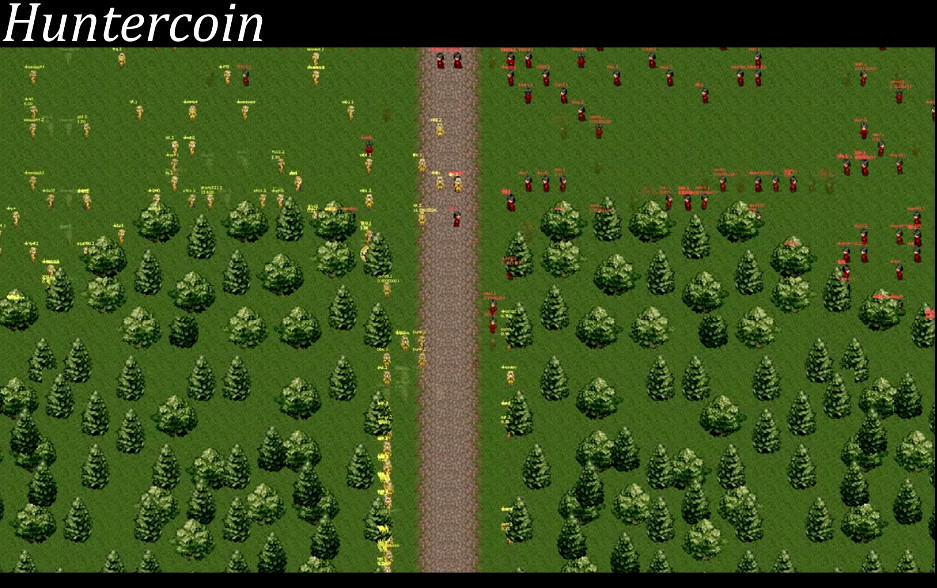 Huntercoin is a fully decentralized MMO running on its own Blockchain. Source: https://www.youtube.com/watch?v=Q41RW6bxpM4

Ethereum’s launch in 2015 opened up new possibilities for video game developers. For the first time, programs could be stored and executed on-chain, enabling applications. Among them were blockchain games like CryptoKitties, which leveraged the newly defined ERC-721 standard to represent in-game assets in the form of nonfungible tokens (NFTs).

NFTs have grown in popularity since then, and blockchains optimized for performance have been developed, inspiring tremendous innovation in the gaming industry. Today, we are seeing these innovators’ efforts are starting to bear fruit, and blockchain gaming is growing like crazy.

GameFi games: How do they work? #

Today, GameFi comes in all kinds of forms. Because of this, the ways players can make money through their gameplay vary. However, there are a few important themes. The most popular blockchain games use a combination of these features to monetize their action. Let’s elaborate on GameFi’s most unique features: 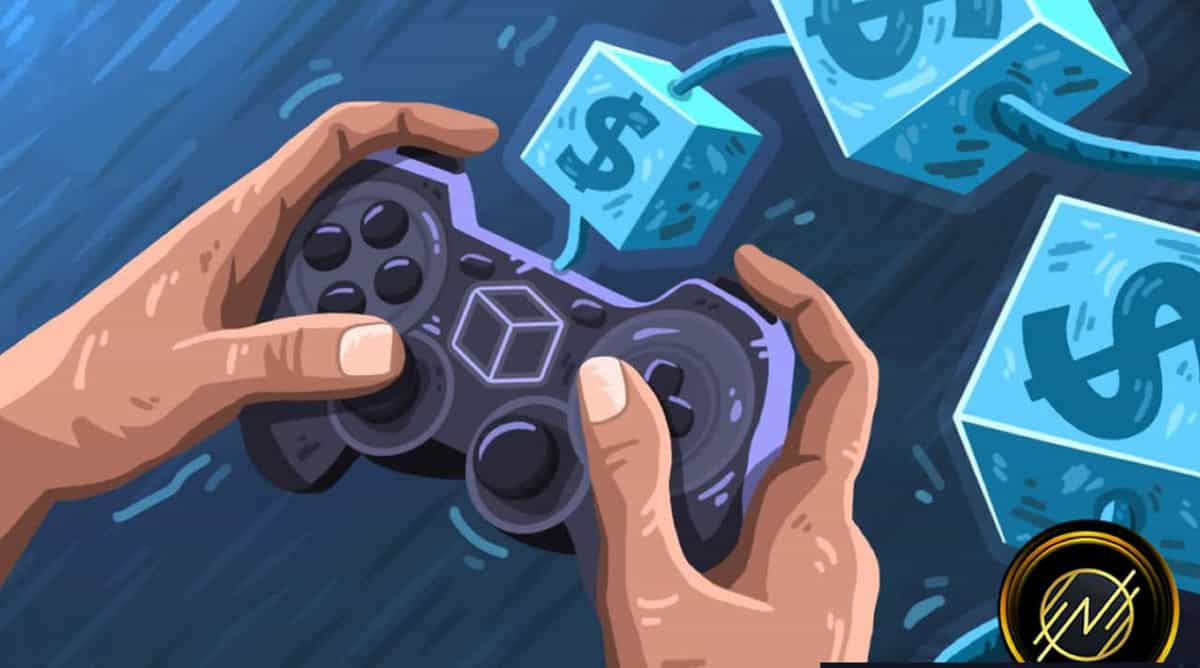 Players of some blockchain games get rewarded for completing gameplay objectives. These play-to-earn titles typically have a reserve of native tokens stored inside a smart contract.

In the hugely popular Ethereum game Axie Infinity, a portion of the game’s AXS token is reserved to reward the following behaviors:

The gameplay in Axie Infinity revolves around breeding and combating creatures from the digital universe. Source: https://www.playtoearn.online/2021/08/10/axie-infinity-looking-to-finally-introduce-crafting/ 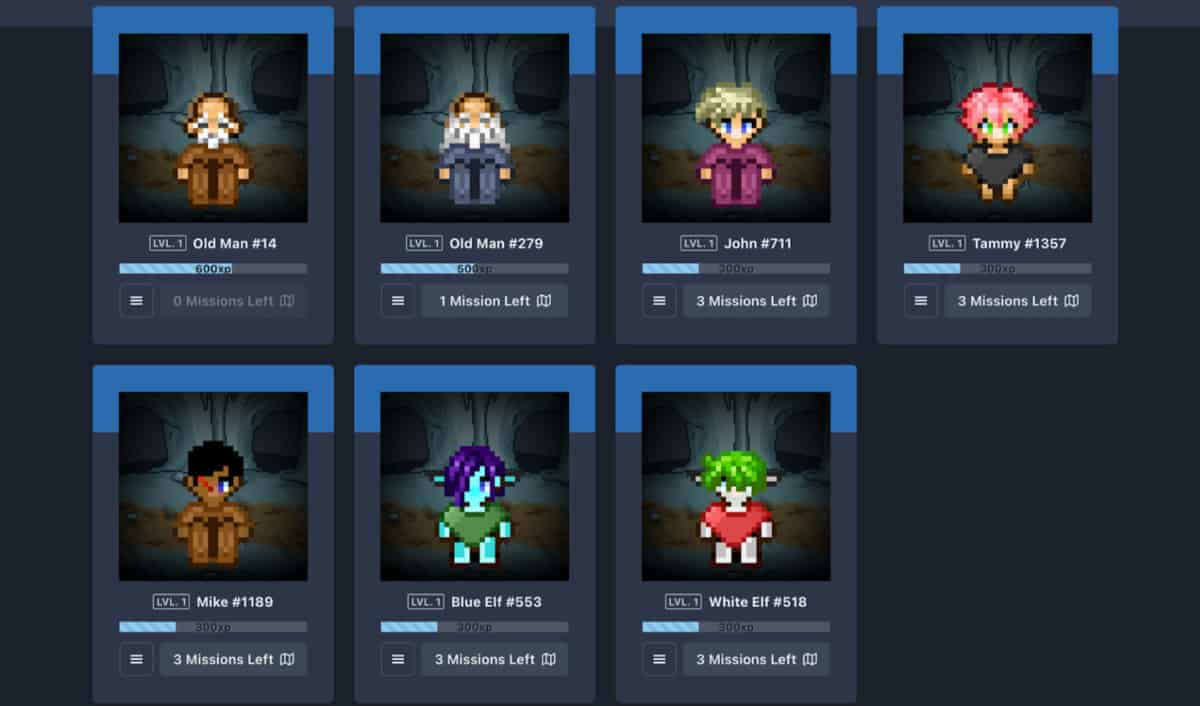 The concept of ownership of scarce digital assets is central to many blockchain games today. NFT technology expanded on digital scarcity introduced by bitcoin. You can use NFTs to represent all kinds of things, including in-game items.

In CryptoKitties and Axie Infinity, you can breed two creatures to create a third. They can then leverage a title’s play-to-earn capabilities with this new asset, sell it or lease it out for other gamers to use, splitting any revenue generated between owners and borrowers. Although not necessarily games in the strictest sense, online virtual worlds – known as metaverses – also allow their inhabitants to monetize their time through asset ownership. At the heart of spaces like Cryptovoxels, The Sandbox and Decentraland is the concept of land ownership, and these plots trade freely on secondary markets.

Plot owners can monetize their plots much like in the real world. In addition to outright selling land, they can develop an attraction to generate revenue, or lease it out for someone else to monetize. Explore one of these shared virtual spaces and you’ll see how they’re monetizing land. Some examples include casinos, virtual shops, and concert venues.

Interestingly, these worlds are starting to develop economies. For instance, in March 2021, Tominoya Casino in Decentraland hired real people to welcome players and serve as general support staff. This trend is likely to continue. Some say the “metaverse economy” will eventually dwarf the real-world one as people take advantage of the new opportunities. 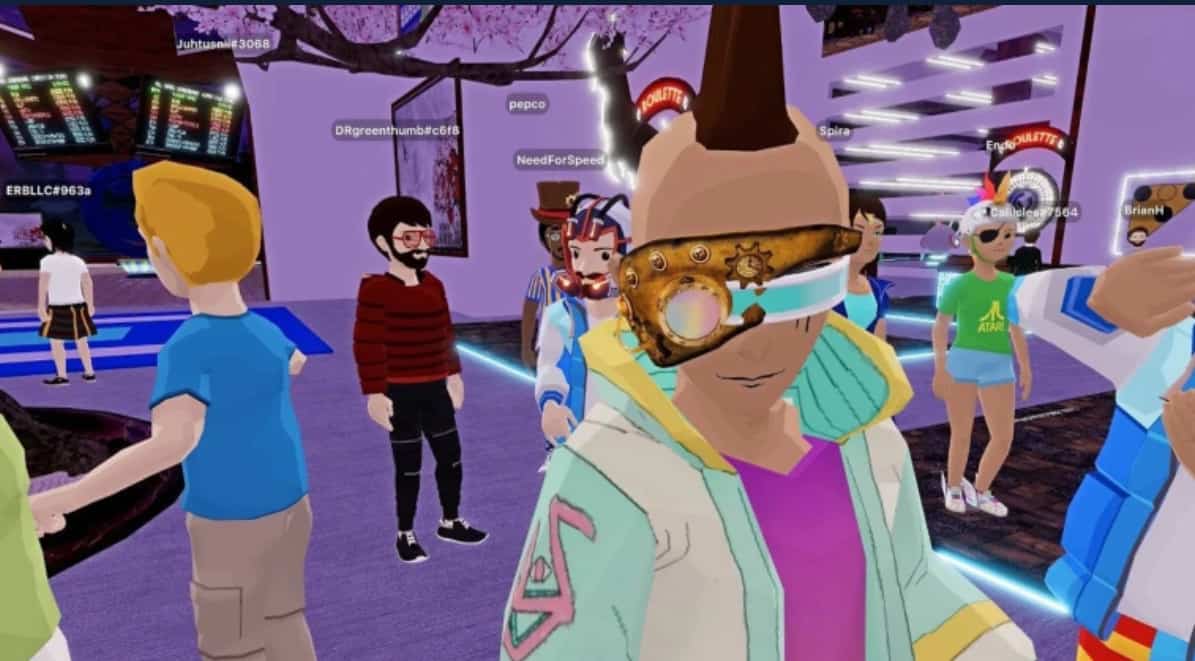 In some GameFi projects, concepts from the DeFi sector are used to reward gamers. People with DeFi experience will be familiar with concepts such as yield farming, liquidity mining, and staking, which can be used to generate passive income. If you’re new to DeFi, you can learn more about it and concepts that overlap with GameFi here.

Blockchain games that use DeFi features include Axie Infinity, Aavegotchi, and Nine Chronicles.

Despite having roots that trace to the very beginning of cryptocurrency, GameFi is just starting to attract mainstream appeal. The success of Axie Infinity shows the niche’s growth nicely.Back in August 2021, Axie Infinity became the first blockchain game to surpass $1 billion in token sales – a fifth of which happened in one week – and has more than a million daily active players.

GameFi’s blockchain games, however, have a much wider appeal now that the technology behind them and understanding of it has developed. According to some industry observers, gaming represents the most likely pathway to widespread blockchain adoption.

The more than 2.7 billion video gamers worldwide are already very familiar with the notion of scarce digital items, tokenization and in-game currencies. Meanwhile, The blockchain empowers these gamers in a way that has clear benefits – both financially and in terms of how a title is made. It is therefore not difficult to imagine GameFi eating increasingly larger chunks of the $175 billion global video games market.

What is Zodiac NFTAxie Infinity Land-Plot Sells For Record $2,48 Million