Introducing Olympus DAO: How it works 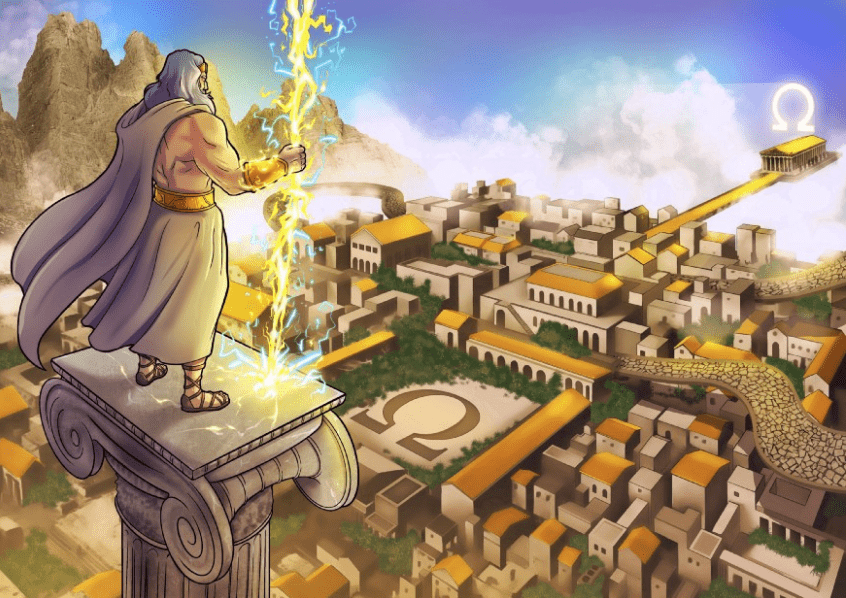 OlympiaDAO is an experimental project in the cryptosphere. OHM currency is backed by a token treasury that is managed by the DAO. The DAO buys assets from investors (to be deposited in the Treasury) and issues OHM tokens to replace them. Here we explain below how this DAO works.

OlympusDAO: What makes it so unique? #

Since they are less volatile than tokens such as Bitcoin and Ether, dollar-pegged stablecoins have become an essential part of crypto. Stablecoins allow users to transact confidently knowing that they will hold the same amount of purchasing power today as tomorrow. However, this is a fallacy. The dollar is controlled by the US government. If the dollar depreciates, the stablecoins will also depreciate.

OlympusDAO hopes to solve this problem by creating a free-floating reserve currency, OHM, backed by a basket of assets. OlympusDAO hopes that by focusing on supply growth rather than price appreciation, OHM will hold its purchasing power regardless of market fluctuations.

Is OHM a stablecoin? #

No, OHM is not a stablecoin. OHM aims to become a decentralized algorithmic currency that is backed by other decentralized assets. Like the gold standard, OHM produces a free-floating value that its users can always rely on, simply because its intrinsic value is derived from fractional treasury reserves.

Each OHMs is backed by 1 DAI rather than pegged to it. Since the Treasury backs every OHM with at least 1 DAI, the protocol would buyback and burn OHMs when they trade below 1 DAI. Consequently, the OHM price has returned to 1 DAI. The protocol doesn’t impose any upper limit on OHM trading, so it could always trade above 1 DAI. Think of backed and pegged.

One may say that the OHM floor price or intrinsic value is 1 DAI. In the end, we believe that the actual price will always be 1 DAI + premium, but that is up to the market.

Profits generated by bond sales go to the treasury, which then distributes the OHM to the stakers. Liquidity bonds allow the protocol to accumulate its own liquidity. 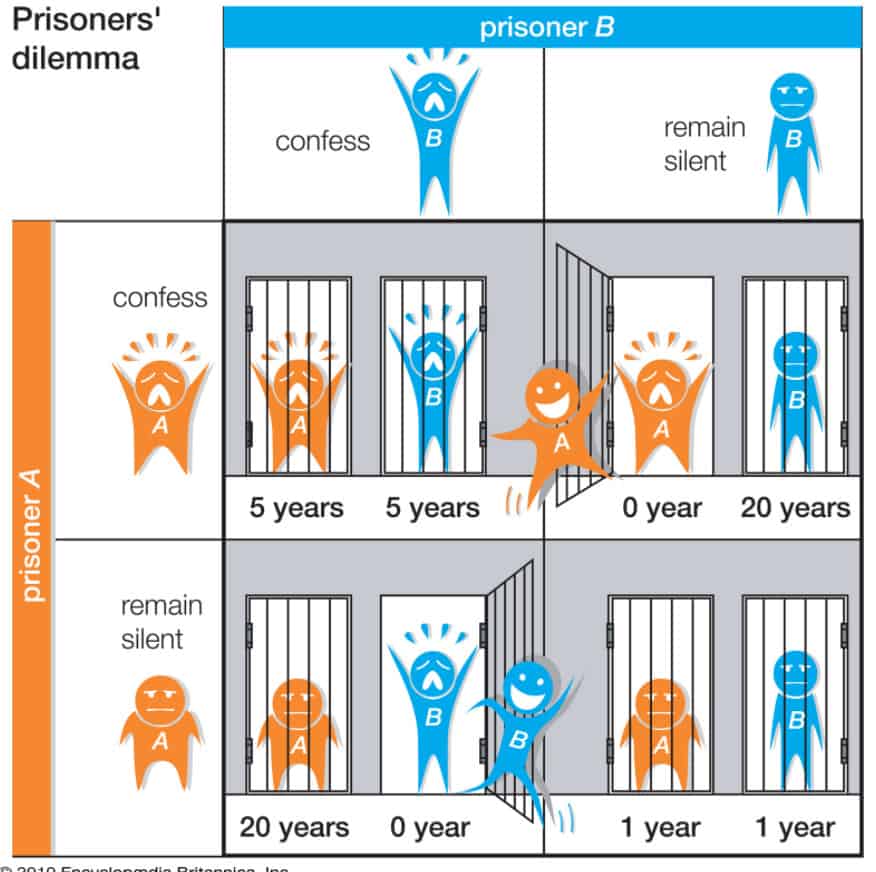 Ever heard of “Prisoner’s Dilemma”? Well (3,3) is the idea that, if everyone cooperated in Olympus, it would generate the greatest gain for everyone (from a game theory standpoint). Currently, there are three actions a user can take:

Thus, given two actors, all scenarios of what they could do and the effect on the protocol are shown here:

Protocol Controlled Value (PCV): Why is it important? #

OHM can only be minted or burned by the protocol, as the protocol controls the funds in its treasury. As a result, the protocol guarantees that 1 OHM is always backed by 1 DAI. Because you can be confident the protocol will work, you can define your investment risk easily indefinitely buy OHM below 1 DAI with the Treasury assets until no one is left to sell. You can’t trust the FED but you can trust the code.

Stakeholders benefit from more runway when the protocol accumulates more PCV. Because more funds are available in the Treasury, stakers can be confident that the current APY can be sustained for a longer period of time.

Why is Proof of Liquidity (POL) important? #

Olympus owns most of its liquidity thanks to its bond mechanism. Benefits of this include:

Can Olympus survive a Bank Run? #

Since deposits are not withdrawn all at once, fractional reserve banking works. Regulatory agencies like the Federal Deposit Insurance Corporation (FDIC) play a significant role in a depositor’s faith in the banking system.

A stakeholder incentive structure protects OHM even without FDIC insurance. Let’s see how it performs during a hypothetical bank run. Assume that all stakeholders panic and unstake their Olympus tokens – the staking percentage, which now stands at 92%, recedes to 3.3%, leaving only 55,000 OHM staked.

We next assume that the Risk-Free Value (RFV) inflows to the Treasury completely stop. Currently, RFV grows by about $1 million every two days. In the event of a bank run, however, this growth may cease.

Lastly, assume that those last standing stakers bought in for $500 per OHM. They would have invested:

Investing $27.5 million will result in about $45 million from cash flow alone if they stay staked (remember that 1 OHM is backed by 1 USD). Those who stay staked during this bank run scenario not only get their money back, but also make some profit. Therefore, (3,3) isn’t just a popular meme, it is actually a dominant strategy.

It is unlikely that the above scenario will unfold because when other people discover that the stakers are being paid extremely high rewards, they will copy the strategy by buying and staking OHM. In addition, this is why the percentage of OHM staked in Olympus has consistently remained over 90% since launch.

What causes the market price of OHM to fluctuate so much (volatility)? #

It is extremely important to understand how early in development the OlympusDAO protocol is. Several discussions have focused on the current price and expected stability. However, these characteristics have yet to be determined. When combined with the staking, bonding, and yield mechanics of OlympusDAO, the network is currently tuned for increasing OHM supply.

The market is prepared to pay a high premium for a percentage of OHM’s current market capitalization, so the price could rise very rapidly. In the event that market sentiment turns bearish, the price of OHM could also drop sharply. If this project suits your goals, please do your own research before investing. During our growth phase, we would expect significant price volatility.

Thanks to the power of compounding, the value of your OHM balance will increase exponentially over time. Say you buy an OHM for $400 now, and the market determines that in a year, its intrinsic value will be $2. By the end of the year, your balance would be about 1377 OHMs, which is worth around $2754, based on a daily compound interest rate of 2%. That’s a nice profit of $2354! At this point, you should realize that you are paying a premium for OHM now in exchange for a long-term benefit. To make this investment worthwhile, you’ll need a long time horizon to allow your OHM balance to grow exponentially.