Why DAOs are more important than you think 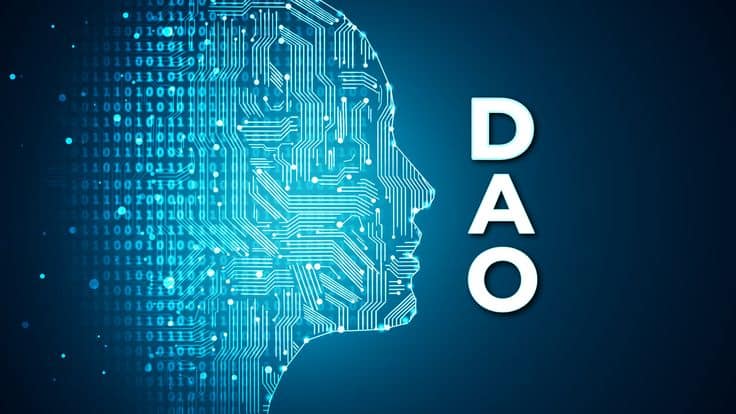 Imagine being able to organize with people around the world without knowing each other and establishing your own rules, and making decisions on your own on a Blockchain without knowing anyone? That’s what DAOs allow you to do.

According to Wikipedia, a DAO (Decentralized Autonomous Organization) is an organization that is represented by rules encoded in a transparent computer program and controlled by the members themselves, instead of being governed by a central authority. Since the rules are embedded into the code, no managers are required, so any bureaucracy or hierarchy hurdles are removed.

According to general consensus, Bitcoin is the first functioning DAO, since it has programed rules, functions autonomously, and is coordinated through a consensual protocol. Nevertheless, Bitcoin is not the only successful DAO. “The DAO” is a decentralized version of Airbnb created by German startup slock.it in May 2016. It was a great success at the time with a crowdfunding campaign that raised over $150 million worth of Ethereum.

The DAO’s code had a few issues due to its use of C++. Consequently, hackers were able to steal $50 million worth of Ethereum from the DAO before it was shut down in June 2016. In spite of the fact that the fault lay in the slock.it code and not in the underlying technology, the hack did undermine some people’s trust in Ethereum and DAOs in general.

A surge in interest in Decentralized Autonomous Organizations (DAO) has resulted from the explosion of Decentralized Finance (DeFi) during 2020. To fully understand what DAOs are and how they work, you need to understand their history and characteristics to gain a fuller appreciation of what is turning traditional forms of organization upside down.

How DAOs differ from other organizations #

Blockchains are used to record DAO transactions and rules. Smart contracts simplify financial transactions by eliminating the need to involve a third party. DAOs are smart contracts. A smart contract represents an organization’s rules and stores its data. DAOs are transparent and public, so no one can edit the rules without people noticing. Up to now, we have been used to seeing companies backed by legal status, but a DAO may work perfectly fine without one since it can be structured as a general partnership.

DAOs are more democratic than traditional companies. The members of a DAO must vote before any changes are implemented, instead of changes being implemented by a single party (depending on the structure of the company). DAOs are primarily funded through crowdfunding through token issuance. DAOs are governed by the community, whereas traditional companies are governed by their executives, board of directors, and activist investors. etc. DAOs’ operations are fully transparent and worldwide, whereas traditional companies’ operations are private, only the organization knows what is happening, and they are not always global.

For a DAO to be fully functional, it must have a set of rules to which it will operate, funding such as tokens that it can use to reward certain activities, and also voting rights to establish the rules. The organization must also have a well-constructed and secure structure that enables every investor to configure it as they wish.

Although a security hole may be found in the voting system’s original code, it cannot be fixed until the majority votes to correct it. Hackers can take advantage of the hole in the code while the vote is taking place.

The current uses of DAOs #

DAOs are currently being used for many purposes, including investment, charity, fundraising, borrowing, and buying NFTs, all without the need for intermediaries. As an example, a DAO can accept donations from anyone around the world and its members can decide how to spend them.

Would you be interested in co-owning an Artist’s song using cryptocurrency on an online platform? A song written by Steve Aoki and 3LAU became Jenny DAO’s first NFT in May 2021. This DAO provides fractional ownership of NFTs in the metaverse. Unicly protocol’s smart contracts will control the vault where the NFTs will be added, so its members can supervise the acquisition of NFTs.

The Metaverse is changing the way we do business #

In a DAO, members are the owners and managers of the organization, and all of them have a voice. According to analysts and industry insiders, these types of organizations are gaining prominence and may even replace some traditional companies.

Keeping up with current trends is essential for businesses and brands who want to engage with consumers and interact with them effectively. There is still a long way to go before DAOs become ubiquitous, but there are many creators who are embracing them.

Introduction to DEXTools (DEXT)?What is a DAO?