What Is Illuvium (ILV)? 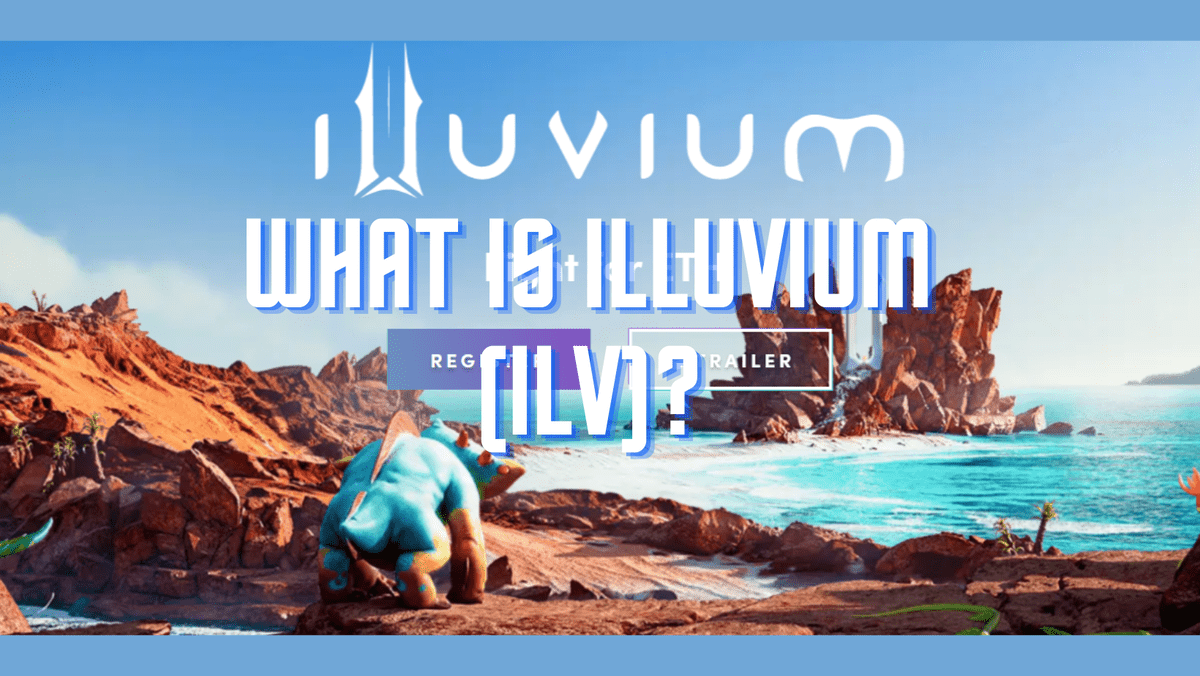 Blockchain games are on the rise, and many them have been successful. Games such as CryptoKitties, My Crypto Heroes and Axie Infinity established large player bases and attracted lots of investors.

Illuvium aims to be the first triple AAA game in the blockchain gaming industry. It is an open-world fantasy battle game that uses the Ethereum blockchain. Aside from the fact that it is often touted as the first AAA game on Ethereum, Illuvium includes a range of collecting and trading features that should appeal to both casual and hardcore crypto fans.

In Illuvium, players can capture and nurse Illuvials, which inhabit the world of Illuvium. They become a loyal part of the player’s collection and are used in Illuvium’s auto-battler gameplay to battle against other players.

The game is a combination of an open-world exploration game and a PVP battle game. Players can either explore Illuvium’s world, or build up their own team of powerful Illuvials.

The game has been in development since 2020, and is being built by more than 40 people, including the two brothers who are the co-founders of the game; serial entrepreneur and early cryptocurrency adopter Kieran Warwick, and experienced game designer Aaron Warwick.

Illuvium’s ecosystem makes use of the ILV token in a number of ways. The Illuvium token rewards players for their achievements in-game, entitles them to their share of the Illuvium vault, and is used for participation in the governance of the game via its decentralized autonomous organization (DAO).

Illuvium is based on blockchain technology, but is more like a full-fledged video game. There is a desktop app, which is surrounded by a variety of supporting DeFi applications, including farms and decentralized exchange.

As mentioned earlier, players wander the Illuvium landscape fighting Illuvials, completing daily challenges, and participating in the game’s communal storyline. As they travel, they collect illuvials, which have a wide range of characteristics that determine their rarity, utility, and desirability. These include:

Aside from its class and affinity, each Illuvial has many other attributes that help determine its strength in combat, including attack damage, attack speed, and savagery. With victory, illuvials gain strength, can be enhanced with in-game items, and can be upgraded into a special “ascended” form that benefits from two affinities simultaneously.

Illuvials are represented by unique non-fungible tokens (NFTs) and can be freely traded on external exchange platforms and the gas-free IlluviaDEX. They can also be fused to create more powerful forms.

Most of the revenue will come from in-game purchases of items, crafting components, cosmetics, and shard curing. Through an ILV buyback system, all of this revenue is distributed to those who stake ILV tokens.

Illuvium, in contrast to most other blockchain-powered games, boasts a fully 3D environment with over 100 unique Illuvials scattered throughout the game. Each Illuvial is designed by a world-class team of artists, ensuring it appeals to players used to high-end retail games.

In addition to this, it boasts a number of features that make it stand out from other blockchain-enabled games and AAA titles. Among these features are:

While Illuvium is secured by Ethereum, it is built using Immutable X (IMX) – a layer-2 solution that is designed for scalability with NFT capabilities.

Illuvium uses Immutable X’s capabilities to ensure players can mint and trade their NFTs with zero gas fees and practically instant finality. Assets remain in players’ possession at all times.

Including Illuvial NFTs, this can be used for trustless trading of Illuvium assets. The Sales has a 5% fee deducted from it, which goes into the rewards pool for ILV stakers.

The Illuvium yield farming program is allocated 3 million ILV, which corresponds to 30% of the maximum supply (10 million). They will be distributed over a period of three years to users contributing liquidity and through partner reward schemes.

The yield farming reward system in Illuvium is unique in that all ILV rewards obtained through the yield farm are locked for a period of one year before they can be withdrawn.

However, stakers have the option to skip the unlock timer by converting their ILV rewards to sILV, a secondary in-game asset. If users claim their rewards as sILV, they receive the USD equivalent of sILV and can spend their rewards early to purchase in-game items.

As a blockchain-based asset, sILV cannot be withdrawn from the game.

How Illuvium Compares With Axie Infinity #

Axie Infinity and Illuvium both feature collectible in-game characters that can be fought, traded and upgraded. However, their game worlds are somewhat different.

While Illuvium is a 3D role-playing game that gradually reveals its story and presents an open, explorable landscape, Axie Infinity is a highly popular, quirky 2D game that features adorable critters called Axies that are reminiscent of Pokémon. Breeding, battling, and trading these Axies are all possible. For now, there is no story mode to speak of.

Axie Infinity and Illuvium both have a strong gamified DeFi element, which means either game can involve real Ether (ETH) — since some Illuvials and Axies could be worth a lot on the open market.

When compared to Axie Infinity, Illuvium’s Illuvials are entirely unique. There are custom artworks and riggings on each to ensure they’re unique and reflect their properties and regions.

Axie Infinity would appeal mostly to the crypto savvy, while Illuvial is primarily geared for traditional gamers who may or may not be familiar with cryptocurrencies and NFTs.