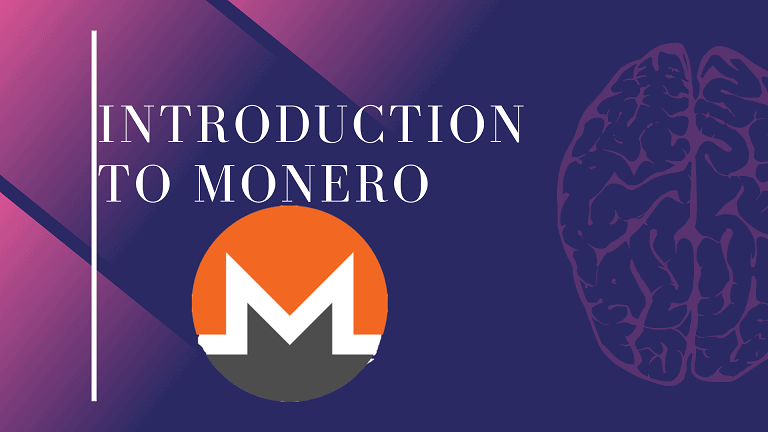 Monero which means money in Spanish is a private decentralized cryptocurrency that keeps the financial record of its users confidential and secured. Monero (XMR) operates as an open-source, privacy-oriented cryptocurrency, it was introduced in 2014 on the Bitcoin Talk forum by a user named “Thankful_for_today” as a fork of Bytecoin. Bytecoin allows users to generate numerous unlinkable one-time addresses from a single set of keys.

Its developers did not keep any stake for themselves when they launched the currency but instead banked on contributions and community support to further develop the privacy currency.

Monero blockchain is configured to be opaque in nature. This allows it to make transaction details such as the identity of senders and recipients with the transaction amount anonymous by disguising the addresses used by both parties.

Aside from the anonymity offer, the mining process for Monero is based on an egalitarian concept, which is the principle that everyone is equal and deserves equal opportunities.

With a few exceptions, many aspects of Monero are comparable to most traditional cryptocurrencies. Its primary characteristics are as follows:

Monero’s privacy qualities are by far the most important source of its value. No one will be able to establish a link between you and cryptocurrency transactions in Monero. This is why, for whatever reason, it is the most popular cryptocurrency among individuals who value their anonymity. Some of these reasons will, of course, be illegal, but others will be of a diverse nature.

Another key aspect of the Monero cryptocurrency, which is connected to the issue of anonymity, is that it is completely fungible.

It is possible to trace Bitcoin transactions from one user to another. Whereas with Monero, no one can tell which transactions each coin participated in because of its progressive privacy features. It will be almost impossible to find a trace from a Monero coin to a certain transaction as there isn’t any transactional history associated with any of the Monero coins.

Fungibility also implies that two units of a currency can be substituted for each other, and the substituted currency is equal to another unit of the same size. Two $10 bills, for example, can be exchanged and are functionally identical to any other $10 bill in circulation (though $10 bills have unique ID numbers and are thus not completely fungible).

By definition, blockchain-based coins are limited in size.

When a large number of users try to perform transactions with Bitcoin at the same time, the blockchain becomes clogged with transaction data. Transactions that are too large to fit inside a block will have to wait for a miner to include them.

However, Monero’s creators devised a block reward-penalty mechanism. The last 100 blocks’ median size is used. If the new block that miners are working on exceeds the median size of the previous 100 blocks, the block reward will be lowered. This discourages spam transactions since miners will not mine blocks that are subjected to a hefty penalty that will damage their profitability.

The Monero cryptocurrency is designed to resist application-specific integrated circuits (ASIC), which are commonly used in the mining of new Bitcoin. In theory, this means that mining XMR tokens can be done at any time using standard computing equipment.

ASIC which is used for Bitcoin mining is expensive and not quite friendly to users except professionals. However, with the design of Monero to resist ASIC, this makes its mining process much easy and simple using both CPUs and GPUs and can be done by anyone professional or not. This is supposed to imply that Monero could be even more decentralized than Bitcoin.

How Does Monero Transactions Work? #

Because Monero is a privacy coin with user secrecy as its primary function, achieving this high level of anonymity necessitates the incorporation of additional technologies; thus, transactions in Monero utilize four basic technologies, which are outlined below.

Ring Signatures and Stealth Addresses (use for concealing addresses) #

Monero handles the privacy concerns using the ring signatures concept and addresses stealth. Ring signatures are anonymous digital signatures from one member of the group, but they do not reveal which member signed a transaction. The Monero platform uses a combination of a sender’s account keys and public keys on the blockchain to construct a ring signature. This distinguishes it as both distinctive and private. It conceals the sender’s identity since determining which of the group members’ keys was used to create the complicated signature is computationally not feasible.

Stealth addresses provide additional anonymity because they are created on behalf of the recipient and are randomly generated addresses for one-time usage. The usage of these stealth addresses allows for the concealment of the transaction’s actual destination address as well as the identity of the receiving party.

RingCT (use for concealing transaction amount) #

Ring Confidential Transactions, or RingCT, effectively conceal the transaction’s amount. The RingCT functionality was implemented in January 2017 after finding success in masking the identities of senders and recipients. It is now required for all transactions on the Monero network.

There are a few major barriers when it comes to the mainstreaming of Monero.

There are 18.0 million XMR in circulation. Monero (XMR) has a total supply of 18.0 million coins. The maximum amount of XMR is currently unavailable. Monero’s crypto-asset, XMR, is based on its own blockchain. XMR was originally presented to the cryptocurrency industry in 2014, and it is based on the code of Bytecoin, which is also a cryptocurrency. Monero has a market cap of $3.9 billion and is currently trading at $213.50 as at the 4th April, 2022.

An ASIC is a specialized piece of hardware used for Bitcoin mining that costs between $600 and $1000. Except for professionals, the higher cost of Bitcoin mining made it unattractive to the common person.

Fortunately, Monero mining does not necessitate the purchase of an ASIC; instead, Monero mining can be accomplished with a computer’s CPU and GPU although the former is far more efficient.

One of Monero’s ideals is to keep mining egalitarian so that everyone has the opportunity to mine. To accomplish this, Monero employs RandomX, an algorithm devised and developed by members of the Monero community. Because this proof of work (PoW) algorithm is resistant to ASICs, it is impossible to construct specialized hardware to mine Monero. Miners must compete fairly by using consumer-grade hardware. However, there are three main methods of Monero mining and this includes

Is the Monero (XMR) Network secured? #

One of the primary goals of Monero is to prevent network centralization at all costs. The network accomplishes this through the use of a consensus mechanism known as CryptoNight.

The CryptoNight system is based on a proof-of-work security model. This means that nodes on the network must provide evidence of spent computational resources in order to achieve decentralized consensus and prevent individuals with malicious intent from taking over the network.

What is Monero (XMR)? – PTPWallet for Cryptocurrency