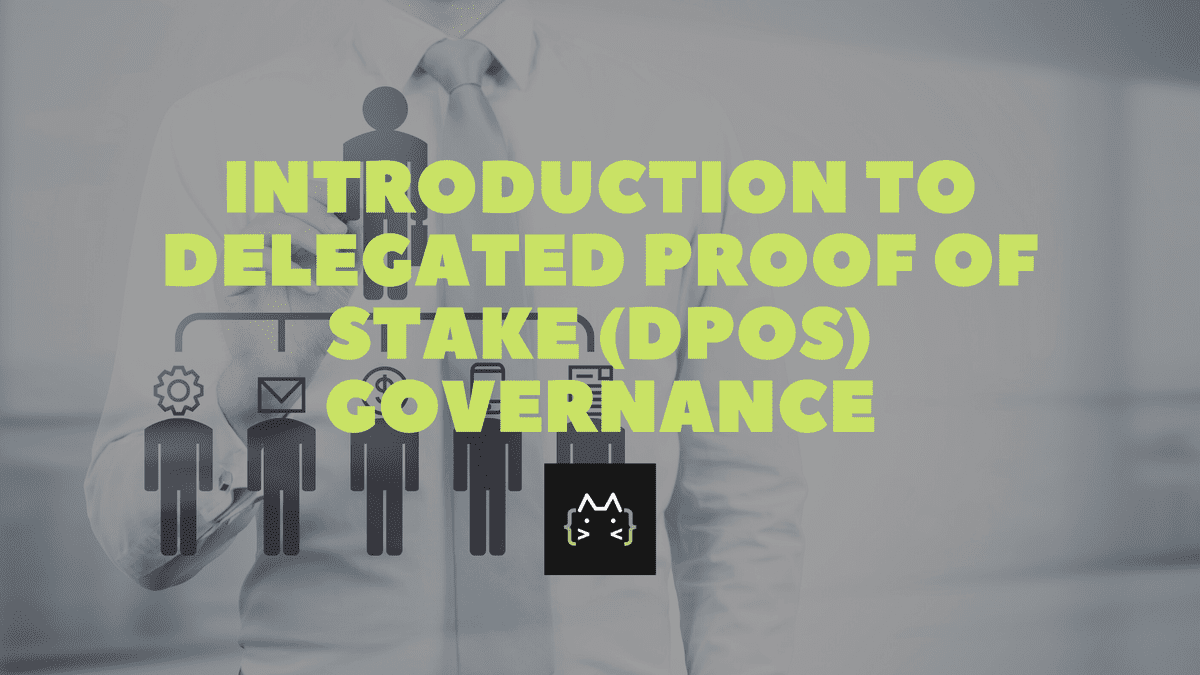 During the past years, many different governance models have been tested and introduced in the crypto industry. Delegated Proof of Stake (DPOS) was among the first ones to emerge, as it was introduced in 2014 by former EOS CTO Dan Larimer. Since then, many popular chains have opted in for this governance model including Terra, EOS and Tron.

Delegated Proof of Stake is a governance model that aims to provide a democratic consensus on a specific chain. Native chain tokens represent voting power meaning that the more tokens you hold the more voting power you have. Understanding that decentralized governance is not as easy to solve as it may seem, DPOS has introduced delegation that enables users to delegate their voting power to witnesses that serve as chain validators.

Witnesses are voted on by the community and the usual number is between 20 and 100. These individuals then make sure that every block is validated properly, and delegators can revoke their voting power if a witness does not act in good faith.

Proponents of DPOS argue that this is the most democratic way a community can organize on-chain governance. This model is very similar to what we see today in parliaments where people elect their representatives.
A possible downside to this would be too much power concentrated on very few witnesses. An example of this would be the hostile Steemit takeover in 2020 where a handful of witnesses managed to overtake the whole chain due to their voting power. The dispute resulted in a fork where most of the community left for a new forked chain called Hive.
In this scenario a lot of damage was done in a matter of days but if the community can get together and overcome the possible pitfalls of delegated proof of stake the cons can easily be overlooked.

DPOS can be an easy way to get chain governance more organized and transparent. Having less validators that are under the control of delegators allows for cheap transactions and maximizes transaction speed. When implemented right, it can provide a great environment for both users and developers that don’t need to worry about transaction fees or slow transaction times.

What Is a Governance Token?Pump and Dump