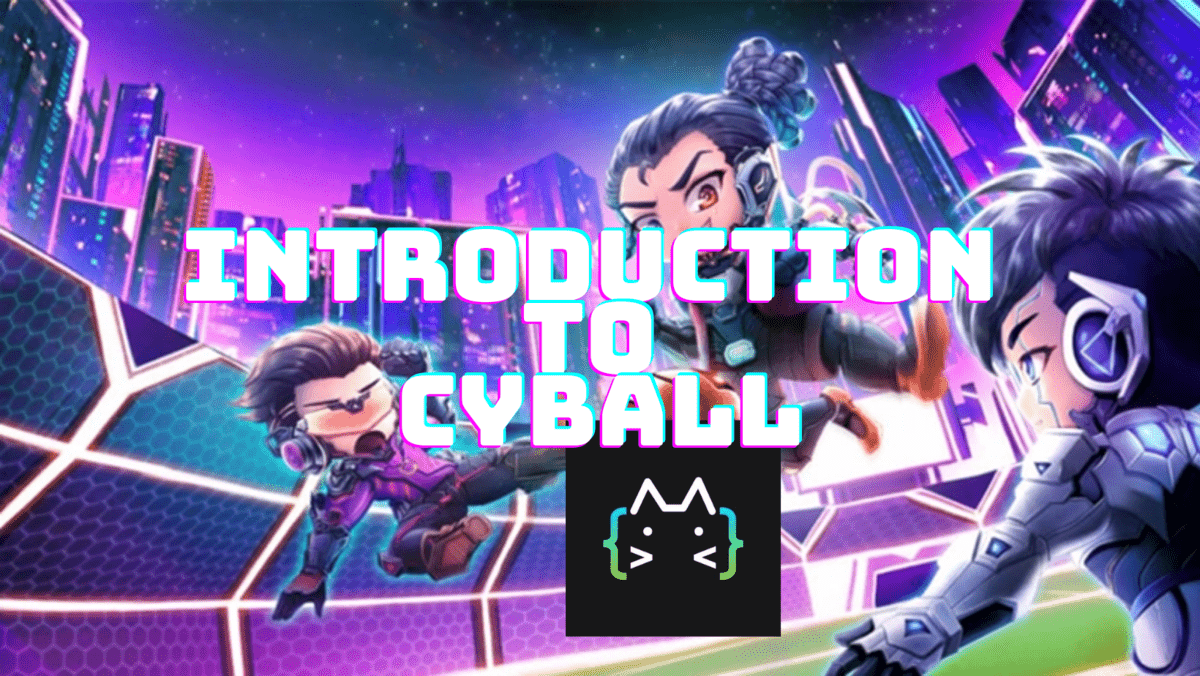 It’s fair to say that Axie Infinity played a huge role in shaping the GameFi and Play-To-Earn crypto niche. Due to its original design, which is a combination of card game mechanics, 2D animations, and a Pokémon style of gameplay, it’s no secret why its player-base has grown massively over time. Because of this winning formula, many new projects “borrowed” Axie Infinity’s game style and gave it their own twist. One of these games that did exactly this is the popular Play-To-Earn football-game Cyball.

Launched in March 2022 on the Binance Smart Chain, Cyball is a football (US: Soccer) Play-To-Earn game in which players can play 3V3 or 5V5 matches against each other and earn CyBall tokens as rewards.

Players can purchase or mint Cyblocs, which are the football players, either via the marketplace or by “breeding”. Cyblocs have different classes that impact their in-game skills. From high to low, these classes are Bronze, Sivler, Gold, Platinum and Legendary.

Each Cybloc has six football skills, that impact the outcome of the in-game rounds. These skills are Tackling, Passing, Dribbling, Crossing, Shooting and Physical. In addition to these skills, Cyblocs have up to three traits. Each trait has its own rarity (common, rare, and super rare). Like skills, traits are used during a match’s in-game round.

The Solo and Dual skill parts imply that either one or two of the players’ skills are required. For example, a Solo Single Skill key event means that the player needs to pick one of his Cyblocs that has a high skill rate that corresponds to the required skill of the event, such as Dribbling, Physical etc.

The player with the highest skills in the particular Key Event will then be able to score a goal, which is based on a second in-game calculation: the GK shot-stopping rating. This calculation basically calculates the likelihood of a potential goal by calculating the Cybloc’s skills and the goal keeper’s ability to block the shot.

This calculation is based on the match style that the players has picked before the match started. There are 5 different types of match styles (a.k.a. strategies) that the player can choose from, which are Ultra Defensive, Defensive, Balanced, Offensive and Ultra Offensive. As you can imagine, an Ultra Defensive playstyle has a bigger chance to block off shots than a Ultra Offensive one.

Finally, players can activate Tactic Cards during a Key Event. These cards have a certain effect on the player, the opponent, or the goalkeeper. Each card costs a specific amount of mana, that will be deducted from the player’s mana pool. Each player starts off with 4 mana, which won’t be replenished during the match. Due to this, it’s important for players to pick the right card at the right time.

The game also has an in-built leveling system, which plays a role in the increase of an Cybloc’s skill points. Cyblocs can be trained by manually playing 3V3 PVE matches or by “Hire-A-Coach”, which will cost the player some CyBall tokens. The advantage of the latter training option is that the player’s Cyblocs will be trained automatically.

Like games such as Axie Infinity and Crabada, players can breed new Cyblocs. When breeding a new Cybloc, there’s a chance that Classes and Traits are passed on from the parent to the new Cybloc. We won’t go into too much detail about breeding here, as there are lots of breeding guides out there already.

Cyball’s ecosystem utilizes two tokens: the CyBloc Battery Token and the CyBall Token. Unfortunately, there’s not a lot information about the exact tokenomics and allocations of both tokens in the official whitepaper. What we do know is the following:

The CyBloc Battery Token (CBT) is an ERC-20 & BEP-20 token with no fixed supply. This is CyBall’s primary Play-to-Earn reward and utility token. Users can earn $CBT when performing the following:

Users must spend $CBT to enjoy the following features:

The CyBall Token (CYB) is an ERC-20 & BEP-20 token with fixed supply.This is CyBall’s governance, utility and special Play-to-Earn reward token. Users can earn $CYB through:

Users may be required to spend $CYB to enjoy the following features:

In line with CyBall’s tokenomics, there’s no clear roadmap to be found on CyBall’s website, socials and Medium page. However, their whitepaper mentions at least two expansions that can be expected in the upcoming period. The first expansion is a feature called Pep Talk. Unfortunately, there hasn’t been shared information on this feature. Their white paper states the following: “This feature is under development and more information will be revealed as it becomes available.”

The second expansion is Stadium Manager, which can be interpreted as a piece of Land. Each Stadium is a unique tradeable NFT that gives its owner the following benefits:

The CyBall team has created a game for a new niche of gamers. Due to its Play-To-Earn model and solid gameplay and breeding mechanics (which are all similar to Axie Infinity), we expect that the game will remain popular (at least) in the short run.