Introduction to BAYC and Otherside 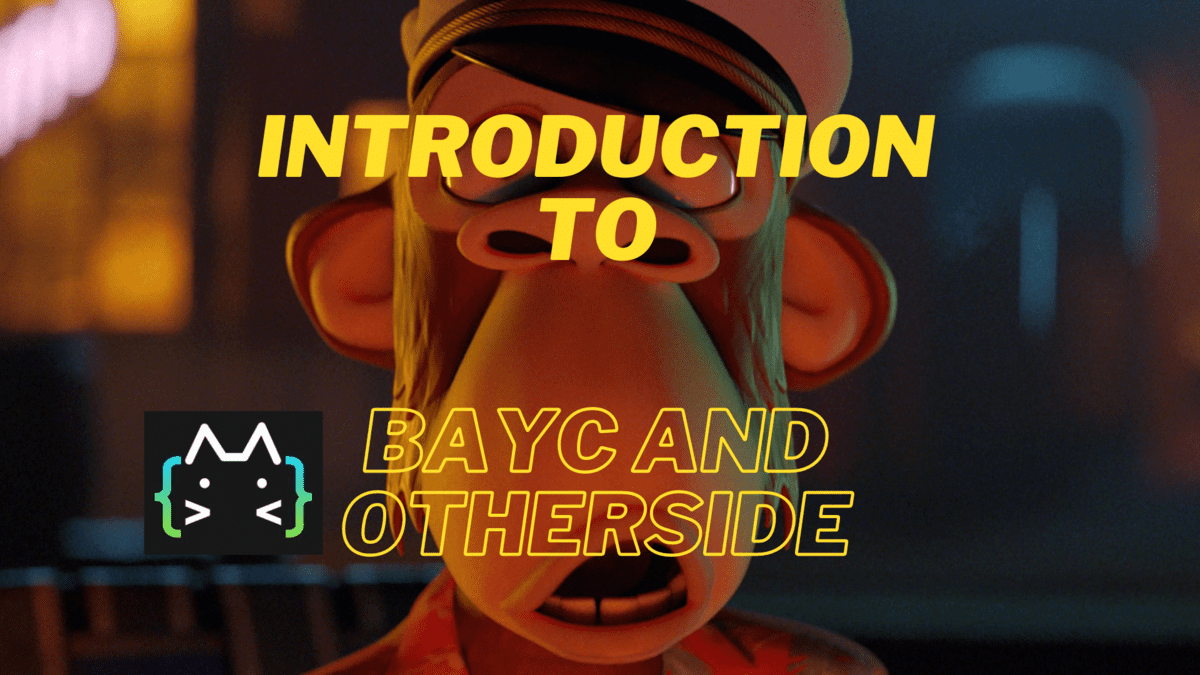 What are Otherdeeds in metaverse Otherside? One thing is certain: BAYC’s new project had at least one of the most spectacular NFT launches to date.

Suppose you are fishing on the edge of a swamp. Suddenly you have a hold: a bottle with a strange luminescent substance. A sensible person naturally leaves such a bottle for what it is. But luckily you are a bored ape who immediately knows what this fluorescent drink tastes like: adventure and great opportunities in an already mythical metaverse…

in April 2021, a collection of 10,000 generated NFT Ape collectibles was launched into our universe. The collection was a project of Yuga Labs. This was a group of, then unknown and anonymous, friends with the necessary knowledge and talent who plunged into the NFT world with this project. The Bored Apes was their first project as Yuga Labs. The 4 founders started the Bored Apes an NFT project which with sales exceeding USD million is a worldwide cultural NFT revolution.

A Bored Ape NFT turned out to be not only a nice piece of art to collect. It is also your access to the club and all its opportunities and possibilities. The monkeys quickly became a huge success with the prices for an NFT going upside down many times. The record amount paid for a Bored Ape is now more than 3.4 million USD.

Yuga Labs is the epic center from which the collection is managed and new projects are developed. In addition to the BAYC project, they have been managing the intellectual property of Cryptopunks and Meebits since 2022. They acquired these from Larva Labs, the founders of these projects.

Several new projects and NFT products have already emerged from the Bored Yacht Club. For example, in July 2021 there was a drop of dog NFTs from the Bored Yacht Club Kennel. All Bored Apes could participate in the drop and only had to pay the cost of minting. At the end of the summer of 2021 there was a drop of Serum NFTs. Giving your Bored Ape this serum gave you a mutated NFT monkey. This created the so-called Mutant Ape Yacht Club.

It soon became clear: this world and this universe is too small for these monkeys. Yuga Labs has also hinted several times that its own metaverse was only a matter of time… and that time seems to have arrived.

The launch of their own token was the next step. The Apecoin (APE) was launched in March 2022. This coin has also had a spectacular run in a short time. In a short time, the coin flew from high to low and back again. This was partly caused by the crash of the entire crypto market that took place in early May 2022. It peaked at USD 26.70 on April 28 at the time of the Otherdeeds sale. The Apecoin has a total supply of 1 billion tokens. All time low was reached on May 11 at USD 5.28. The own token will play an important role within the announced metaverse.

Otherside is a galactic archipelago consisting of small islands, the Otherdeeds. It begins somewhere near the biochemical swamp where the Bored Apes reside and extends to “The infinite expanse”.

Otherside will eventually develop into an MMORPG: a massive multiplayer online role play game. Here you can play with your character with others and against others in different games online.

Otherside with the Otherdeeds is slowly being unlocked. No one knows exactly how this metaverse will develop, not even the Yugalabs team – The goal of Otherside is that it will continue to grow from with the help of the community and collaborations. For example, an SDK, a software development kit, is being worked on. This allows projects, brands, but also you as a player to add new elements to Otherdeeds. This can be, for example, games or new characters. It remains to be seen which games you can play in Otherside. The game and the world of Otherside are still in development.

The Otherside is a project of Yuga Labs, but the latter has also sought collaboration with a number of other parties. Improbable and Amonica Brands are partners in this project. These are both well-known names behind many successful projects in the field of blockchain games. Amonica Brands invested, for example, in Axie Infinity.

As you would expect from an adventure with the Bored Ape Yacht Club, the launch of metaverse Otherside, and the Otherdeed land sale was spectacular for several reasons. However, the launch approach has been met with a lot of criticism.

Yet this remains a sensational project that you will hear a lot about anyway. Moreover, despite the faltering start, it still has a large community and investors who believe in this project.