Introducing SpookySwap – From the Fantom Ecosystem 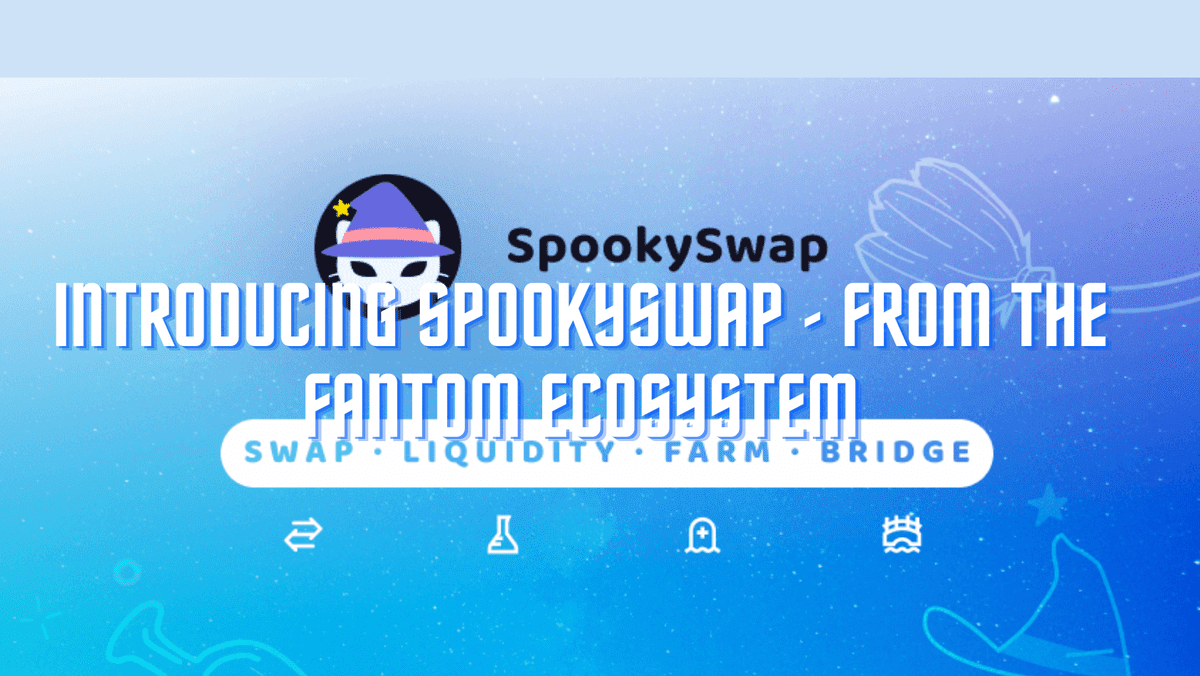 This demonstrates how SpookySwap is open to collaborating with other Fantom projects. The future plans they have for users is exciting.

SpookySwap provides the lowest swap fees on Fantom for exchanging between cryptocurrencies, a user-friendly bridge built into the interface for bringing liquidity onto Fantom, and an emphasis on governance.

SpookySwap has zero deposit or withdrawal fees for both farms and pools.

When introducing SpookySwap to someone who knows little or nothing about DeFi, how do you do it? #

While SpookySwap is a cryptocurrency exchange, there is no other party involved in the trade, unlike traditional exchanges.

Trades are executed automatically using liquidity provided by other users, and the price you receive on the trade is determined by the ratio between the two tokens you are trading.

You do not have to register, provide any user information, or collect any data to use SpookySwap! Anyone can make a trade or provide liquidity on SpookySwap, and it is trustless.

In exchange for providing liquidity, SpookySwap collects both a portion of the swap fee and newly circulating BOO, the governance token.

Why did the team choose Fantom for their project? #

Fantom’s technology, both as investors and developers. SpookySwap had been investing in Fantom for quite some time, so the team decided to become developers for the company as well.

Additionally, Fantom makes it simple and affordable to create DeFi protocols for your network if you are familiar with EVM contract design. Because of this, as well as the need for native DeFi protocols.

How did you become interested in DeFi, and what excites you most about the space? #

Several other DeFi protocols have been used for a while now. DeFi is unique because so much of it can be automated.

Automation and AI will replace many jobs in a variety of different job sectors, and having the functionality of a global financial institution without the inefficiencies that come with scale is very exciting.

With SpookySwap, partnering with teams that are launching new Fantom projects or bringing existing protocols to Fantom.

Staking xBOO pools with partners means a lot of time is being dedicated to collaborations, and are very grateful for the governance and feedback from the community receive from BOO holders. BOO holders and xBOO stakes will be rewarded with several new features!

In addition to the upcoming generative NFT series, Magicats, the team looks forward to a planned portion of Artion royalties going towards xBOO stakers as an additional benefit to holding BOO.

By extension, just as xBOO earns a small portion of all swap fees, official SpookySwap NFT swaps on Artion will also contribute to the value increase of xBOO.

What should Fantom Developers know? #

Recently launched protocols in the past few months have quickly become top TVLs on the network, simply because they fill a DeFi niche that lacked native support in an easy-to-use and transparent manner.

You’ll likely be successful if you have an idea that uses Fantom in a way that isn’t currently being done. It is possible to get feedback and resources for your project from the community and fellow developers.

Using SpookySwap’s automated liquidity pools, token swaps are a simple way to exchange one token for another. Spooky allows you to trade at market price or set a specific price for a limit order that can be triggered 24/7!

In order to swap (trade) on the exchange, you will pay a 0.2% trading fee (0.22% for limit orders), of which 0.17% is returned to liquidity pools as a reward for liquidity providers and 0.03% to xBOO Stakers. Unlike traditional DEXs, none of these fees go to the Treasury or Development Fund.

Providing liquidity, on the other hand, will earn you fees.

SpookySwap: Step by Step in providing liquidity on FantomIntroduction To Slingshot.Finance