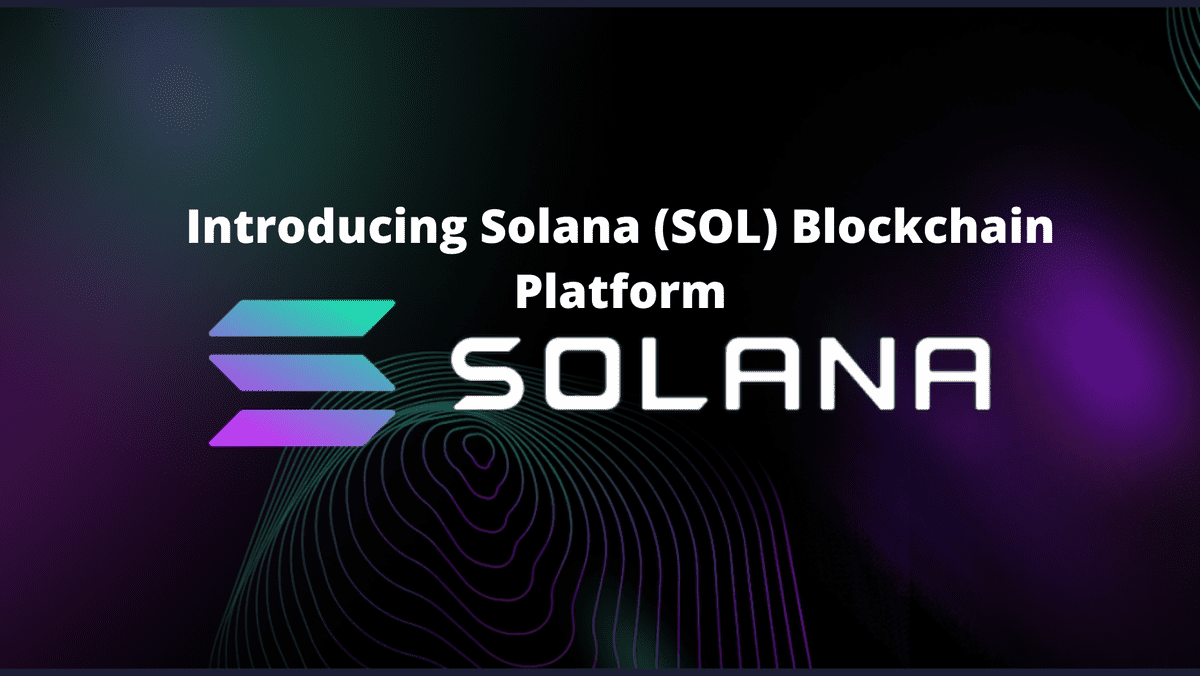 Solana (SOL) is a high-speed blockchain created to process thousands of transactions per second while remaining secure and decentralized. Solana believes its unique technology can overcome the blockchain trilemma by combining speed, security, and decentralization.

In 2017, Anatoly Yakovenko founded Solana to compete with Ethereum in the layer one blockchain space. Solidity is a little-known programming language that is not very user-friendly for beginners. For transaction consensus, Ethereum uses a slow and inefficient proof of work algorithm, in addition to a limited pool of Solidity coders.

Solana writes smart contracts in Rust instead of Solidity. Ninety percent of respondents in a survey last year said they are currently using Rust or have used it previously. With so many developers familiar with the blockchain’s native language, Solana has a vast pool of developers to work with.

Furthermore, Solana developers adopted proof of stake consensus instead of proof of work like Ethereum and Bitcoin do. With the latter, Solana’s network is capable of processing up to 50,000 transactions per second.

Thus, Solana is very fast and a fierce competitor to Ethereum. In this section, we will examine how Solana works and explain the popular SOL token.

The Solana network is a layer one blockchain network that aims to scale up for billions of users. Visa illustrates the relevance of Solana’s mission. Around the world, Visa cards are swiped at such high volumes that several thousand transactions happen every second.

Although Visa is centralized, it only processes transactions. Solana, on the other hand, is attempting to go beyond Visa’s capabilities by using a decentralized network that can also host apps on a new type of internet referred to as the Web3.

The blockchain trilemma has not yet been solved by a blockchain. Scaling, security, and decentralization constitute the trilemma. To achieve any two of those qualities, you usually have to sacrifice one of them – unless you’re Solana.

By combining proof of stake consensus and proof of history, Solana solves the blockchain trilemma. It is how Solana scales its performance up to 50,000 TPS that makes this innovation significant. Here is how it works.

Proof of “History” used by Solana to scale #

To understand what Solana proof of history is, you don’t have to read tons of technical material. For Solana, it is a clock that orders transactions based on timestamps.

Before Solana invented proof of history, blockchains had difficulty agreeing on when events occurred. As a result, decentralized systems cannot rely on third-party sources of information for fear of compromising the blockchain’s integrity. By sending a message throughout the network until most nodes approve it, most blockchains avoid this problem. The message is then broadcast throughout the network.

It sounds like a lot of work with a lot of lag time. Thus, it comes as no surprise that blockchains that use this system for organising transactions are extremely slow. Ethereum, for instance, can handle up to 15 transactions per second.

The Timestamp logged with each event in Solana avoids the roundabout way of organizing transactions. We can save a lot of time and process transactions faster if we can agree ahead of time that X happened at Y time.

By using SHA 256 encryption, Proof of History encrypts events and organizes them neatly for validators adding them to blocks. When order transactions are taken out of the hands of validators, they spend less time validating, making the process more efficient. Efficiency equals speed.

Due to its proof of history, Solana is the highest-performing layer one blockchain in the world. It is important to distinguish here – proof of history comes before proof of stake consensus. Organizing transactions ahead of consensus reduces the amount of time and work required all around.

The team built Solana around Proof of History – so much so that it is the key feature of the site. Solana processes 25 blocks in the same amount of time as Facebook’s Diem.

In addition to historical proof, Solana cannot achieve its goals without other innovative technological breakthroughs. Solana has built eight additional core innovations, but let’s focus on its three best features.

Turbine is the technological feature Solana credits with solving the blockchain scaling trilemma. Rather than distributing entire blocks to the network, which can be as large as 128 MB in some cases, Solana propagates blocks in packets.

The leading validator splits a 128 MB block into 2,000 64 KB packets, and then transmits each packet to 2,000 validators individually. After swapping with a neighborhood of validators, each receiving validator sends its data to the next neighborhood.

Since small packets are retransmitted rather than large ones, Solana’s bandwidth remains light, enabling blocks to reach an astonishing 40,000 validators within 200 milliseconds.

Ethereum and Bitcoin networks have mempools, a number of unconfirmed transactions awaiting processing. The amount of network activity increases, as well as the amount of strain placed on validators. During token sales, NFT events, and high-volume decentralized exchange trading, mempool queues grow exponentially.

What if Web3 was built on a blockchain? There are hundreds of applications, decentralized finance, blockchain games, and NFT mining. In these moments, smart contracts will need to fire in the background, but many of them will be relegated to mempool queues.

Sealevel is Solana’s solution to the slow paradigm of single-threaded runtimes, a runtime that allows thousands of smart contracts to run in parallel. It is obvious that Solana can now process and execute transactions simultaneously, making it internet-scale.

Ethereum’s main competitors include Solana, Polkadot, Dfinity, Cardano, and upstart Near Protocol. They are similar, but differ significantly.

The technology behind Solana makes some profound technological leaps over Ethereum in terms of speed, cost, and sustainability. Ethereum, however, is benefiting from its first-mover advantage.

In 2015, Ethereum launched, giving it a head start of several years over Solana. It explains why Ethereum aggregated the vast bulk of DeFi value and why it now hosts NFTs as well.

Despite this, Solana has a long way to go before it is able to keep up with Ethereum in DeFi and NFT, both of which are essential to adoption. Solana recently raised hefty $314 million and will be able to fund its ecosystem for years to come.

The Solana blockchain network’s native token is SOL. SOL is classified as a utility token because it is used within Solana’s ecosystem for different purposes. Solana staking and payments are the two most prominent use cases of SOL.

SOL tokens are used to pay for Solana transactions in the same way ETH works for Ethereum. Any time you use an application, send a payment, or otherwise interact with Solana smart contracts, you pay a gas fee made in SOL.

Solana is a proof-of-stake network, which requires that validators stake SOL tokens in exchange for the right to validate transactions. Most people, however, choose to delegate their stakes to a validator while reaping the staking rewards.

Tokens of cryptocurrency, like most mediums of exchange, are prone to inflation. As a result, more tokens enter circulation over time. The economics of tokens determine which tokens have fixed reserves and which have indeterminate reserves.

To combat token inflation, Solana has implemented a mechanism called dis-inflation, which reduces SOL supply until it reaches deflationary levels. SOL is permanently reduced to zero when 50% of each transaction fee is burned from the supply.

As a result, SOL tokens will become scarcer, making them a good investment for long-term speculation and an attractive proposition to validators.