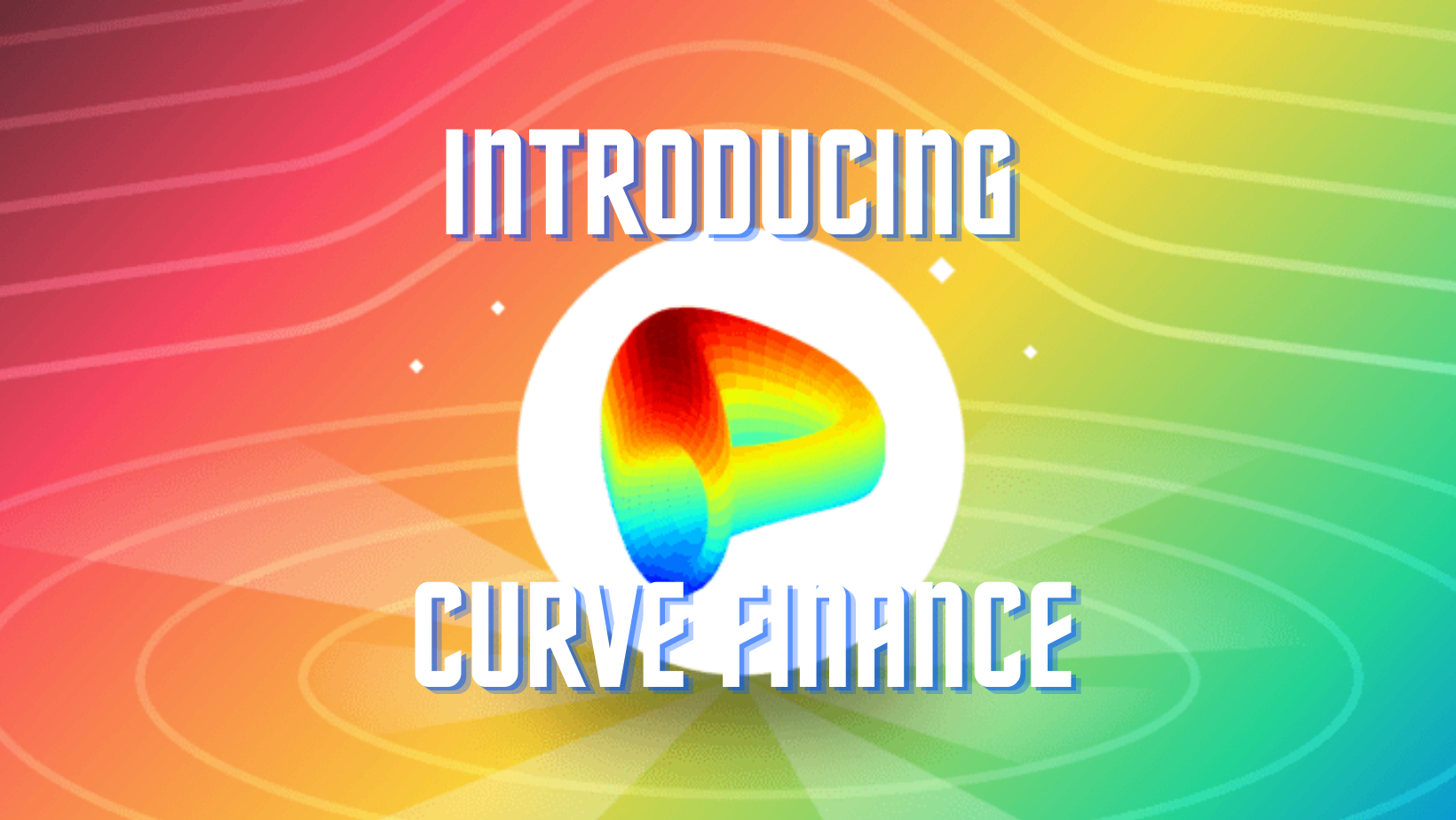 Curve Finance is a decentralized cryptocurrency exchange (DEX) like Uniswap. Uniswap allows you to swap any ERC-20 token (provided there is liquidity), while Curve allows you to trade ERC-20 stablecoins on the Ethereum blockchain.

In this article, we will take a more in depth approach to discuss what it’s like to stake with stablecoins and how it compares to other DeFi protocols.

The sudden release of Curve v2 brought a lot of attention to Curve Finance. The protocol traditionally specializes in stablecoin pools of like-kind. In v2, they announced an advanced new algorithm for pooling assets of different price points.

The DeFi ecosystem has grown around Curve. The trop three Ethereum-based protocols that are in a three-way race for top volumes are Curve, Uniswap and Sushiswap. As of writing, Curve is in the lead with about $10 billion. Sushiswap claims just under $5B, while Uniswap claims $7B.

Unlike Uniswap and Sushiswap, Curve’s purpose is to minimize price slippage. The (local) price of coins change when large quantities of coins are removed from liquidity pools, which causes the pool to become unbalanced. In the months leading up to the launch of version 2, Curve took two main approaches to this problem:

Indeed, on a typical trade, slippage is very low on Curve, as low as 6 basis points relative to Uniswap’s 80.

Curve currently provides stablecoin pools denominated in Dollars, Euros, Bitcoin, Ethereum, and Chainlink, with more denominations in the pipeline. As of mid 2021, Curve tends to see hundreds of millions of dollars in trading volume each day in these pools.

Liquidity providers have invested about 10 billion dollars in Curve’s stablecoin pools, which ranges from Ethereum to Polygon and Fantom. They receive a portion of trading fees as well as reward gauges offered by some pools. The native governance token, $CRV, is also available in most pools.

The main benefit of $CRV is that it can be locked for veCRV, which guarantees owners an even greater share of trading fees. veCRV owners can also vote on Curve governance issues, such as boosting liquidity provider rewards within some pools. Additionally, Yearn and Convex are locked into what some refer to as the “Curve Wars” and rely heavily on veCRV boosts to generate yield.

However, there is more to Curve than just making money.

Curve’s stable and secure liquidity pools have enabled an entire ecosystem of DeFi products and services to be built on Curve’s platform. Through Curve’s pool factory, users can create their own pools using Curve’s infrastructure.

On many DeFi sites, users are able to make transactions and earn yield on coins by directly connecting to Curve pools.

Curve relied on Synthetix before version 2 (v2) to facilitate cross-asset swaps between any denomination of Curve pools. For example, large exchanges between dollars and bitcoin can be conducted with very little slippage. At the time of this writing, nearly a billion dollars in cross asset swaps had been completed.

Let’s expect to see a volume of cross-asset swaps directly through pools containing different currencies after the release of Curve v2. It appears that the TriCrypto pool, which includes dollarcoins, Ethereum, and Bitcoin, is the first of several pools that will allow direct trading.