How To Farm On CubFinance 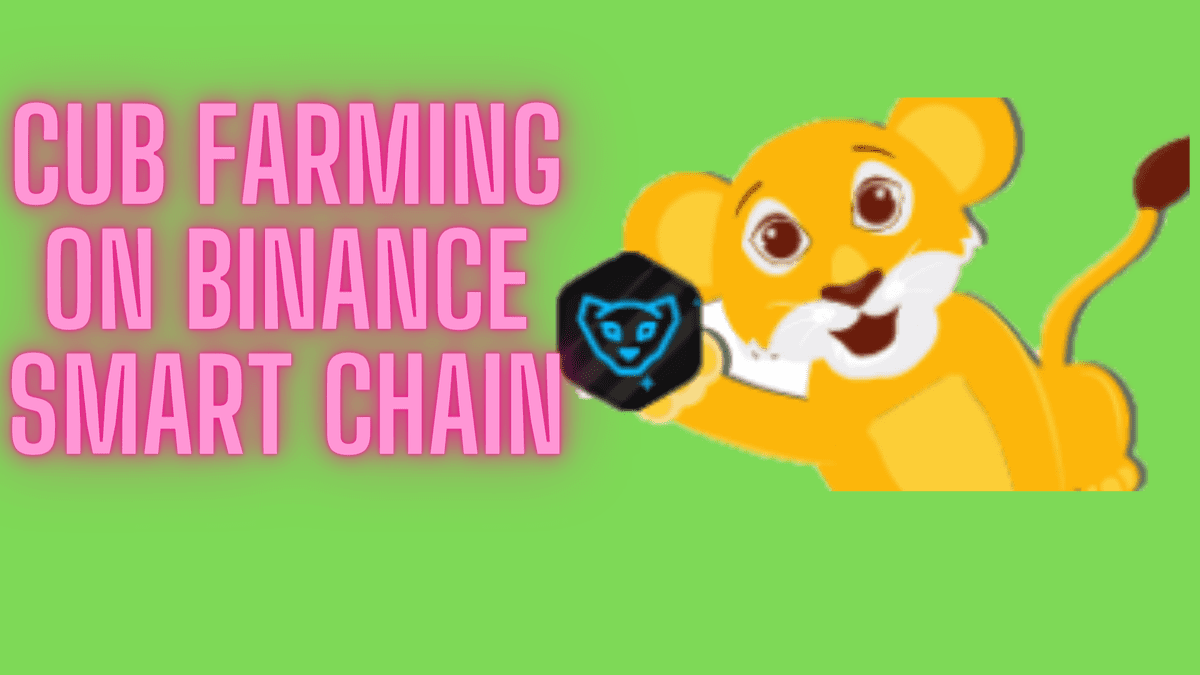 Defi projects have slowly become a sought-out norm for many people on the crypto-verse. While they have high returns through farming and staking, they come with a lot of risks as many of them have been susceptible to rug pulls, which leaves their users broke and their funds are gone. For this reason, getting involved with Yield Farming must be done with caution.

Cubfinance was created as an extension of Leofinance. It was launched in March 2021 alongside its native farming token, the CUB token. The team behind Cubfinance are the same team behind the Leofinance platform, and the man who represents the team is known on the Web3 social media platform as Khaleelkazi or Khal for short.

Cubfinance gains the majority of its users from Leofinance which is a web3 platform where content creators can write about finance, crypto, and fintech-related articles and earn from their articles. The creators describe it as a web2 platform like Medium, but with web3 benefits.

The team behind Cubfinance earns their trust through their impact on the community since their creation in 2019. Cub Defi, unlike other Defi projects that are victims of rug pulls, has a strong community of thousands of users and counting.

Leofinance also has the backing of a larger community, the Hive blockchain, which is a platform that offers creators financial incentives for their articles, videos, and other Blockchain gaming platforms.

As of writing, Cubfinance can connect to Metamask, TrustWallet, MathWallet, TokenPocket, WalletConnect, Binance Chain Wallet, and SafePal Wallet. However, most users use the Metamask wallet for transactions on Cubfinance.

Just like every other application that runs on Binance Smart Chain, you need to have BNB in your wallet to perform transactions.

To add liquidity, the first thing you need to do is connect your Metamask wallet to Cubfinace and then approve the BEP-20 tokens you are pooling.

Next, you click trade on the Cubfinance platform and then click ‘add liquidity’. Select the BEP-20 token you would like to add liquidity for. Keep in mind that the Automated Market Makers require a 50-50 token split.

This transaction is usually confirmed in less than 1 minute, after which you receive a confirmation message stating ‘LP added to your wallet’.

After depositing liquid, the next task would be to deposit liquidity pool tokens in Cubfinance vaults like farms and kingdoms to earn some extra rewards.

How to deposit LP into Farms and Kingdoms #

After opening the farms page, you can select from the different staking options like the CUB-BUSD and CUB-BNB which have the highest APR and 0% deposit fee. There are other options like bLeo-WBNB, WBNB-BUSD, and others.

When you select your staking option, the next thing to do would be to approve a contract, add LP tokens and in due time you can choose to withdraw or add to an existing vault position and claim LP incentives using the ‘+’ or ‘-’ keys.

Kingdoms, on the other hand, are a new addition to the CUB staking options except, unlike farms and dens where you would need to manually claim rewards, on Kingdoms the rewards are claimed automatically. You can also stake Pancakeswap’s CAKE token to earn CUB rewards.

There are other options like the BNB-BUSD LP, ETH-BNB LP, DOT-BNB LP and others. They all have their different APRs and APYs, CAKE having the highest of both.

Polycub has been developed as an above-average Yield Optimizer platform that helps make the process of discovering Yield a lot easier and safer for Defi users and an easy opportunity to earn on the Polygon Network.

Farmers can earn standard Yield and auto compounding Yield from QuickSwap and SushiSwap, and also earn PolyCub tokens. There are also other incentives for farmers who claim their POLYCUB rewards early.

Although the specific date for the commencement of the airdrop has not yet been announced, the Cubfinance team had to weigh their options and come up with a befitting means of giving out these Polycub tokens as a way of rewarding CUB holders.

They eventually decided that within 60 days they will be giving out Polycub tokens every day to CUB holders. These include CUB holders who have;

They have a rough estimate of about 0.15 POLYCUB for each CUB staked after a snapshot is taken every day for 60 days.

There has only been one IDO on Cubfinance and that’s the CakePOP IDO. This recently concluded IDO raised 101.36% of their target amount at a sale of 333,333,333 Cakepop tokens and was launched on the 30th of August.

Recently a new IDO has been mentioned but many details remain undisclosed by the Cubfinance team. It’s a large project, as they have mentioned, and will be the second IDO on the Cubfinance platform.

The team behind the project only revealed that their project will be built quite similar to BiSwap, PantherSwap, and PancakeSwap. They anticipate rivalling the top 15 AMM platforms through a number of unique features.

In 2021 there were over 1,300 rug pulls in the Defi industry. Some of the most notable ones were Theodex, Compoundef finance, Luna Yield, Meerkat Finance and Whale Farm. Unlike these Defi projects, Cubfinance has the backing of a credible community and a team, the Leofinance team, who have been involved in development since 2019.

The credibility of the team behind a Defi project is one of the most important factors to consider before investing in a project. Cubfinance has that advantage. They also have their whitepaper, social media channels, and Github available for further probing.

The team also has a weekly AMA on their youtube and discord channels making the entire process transparent where they can be open to answering as many questions as there might be from their users, making Cubfinance a suitable and safe place for Yield farming.

How to Farm and Earn RonIntroduction To DeBank