Have you heard about Hive Blockchain? 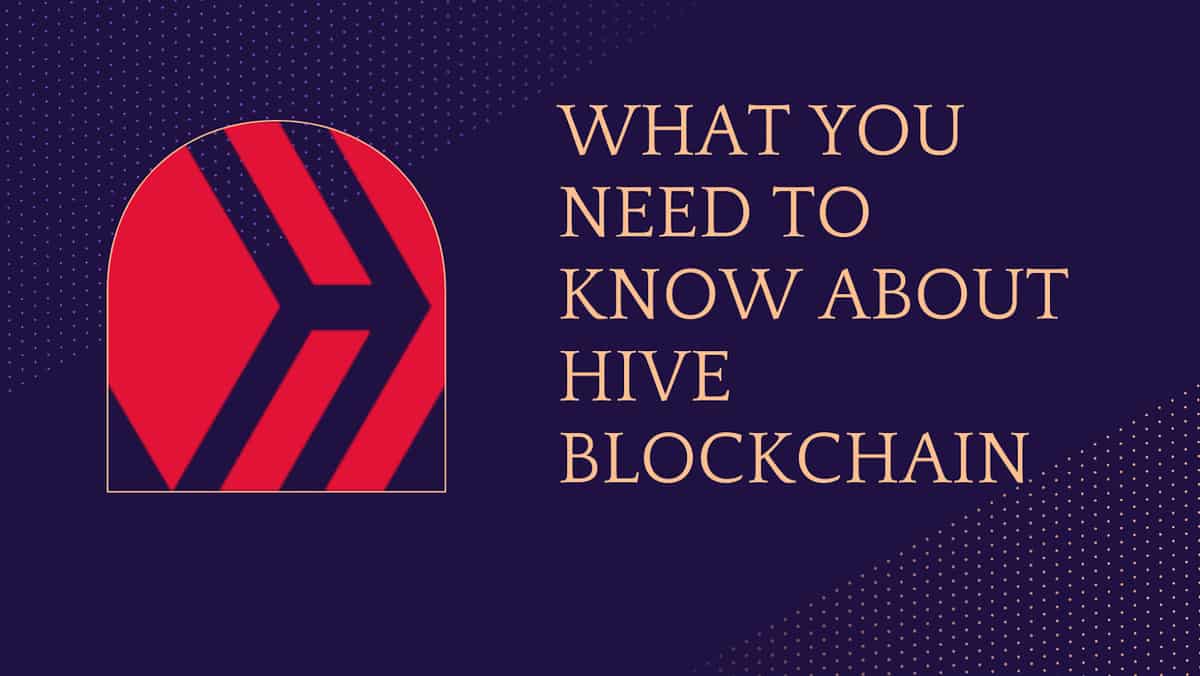 It is almost impossible to understand the Hive network without first understanding the Steem network. Hive is a product of the March 2020 hard fork from Steem blockchain in a bid to achieve true decentralization.

Hive is as a blockchain for decentralized apps (DApps), allowing bloggers to reclaim ownership of their work by sharing videos, live streams, music, gaming, and photography amongst many others.

Hive is a decentralized network for exchanging and sharing digital data, as well as a blockchain-based financial ledger based on delegated proof of stake (DPoS).

Simply put, Hive is a social network of applications and services that allows you to connect, share, and discover various communities using blockchain technology and equally redistribute the value generated from posts and content to the individuals who created the content, as they are the true owners.

Hive combines lightning-fast processing rates and fee-free transactions. This means you may create and launch a DApp capable of managing a high number of transactions while incurring no costs that takes only 3 seconds to complete. As a result, Hive is well-positioned to become one of the most widely used Web3 blockchains in the world.

Hive is made up of well-built communities with over 126 DApps and projects that ensure everyone finds a niche where their true expressions are appreciated.

The Hive network encourages users to publish uncensored content on the blockchain which consumers that engage with the content could either upvote or downvote with regards to how they feel about the content. This results in a reward paid out in Hive tokens to the content creator.

This serves as an incentive to create content of good quality that communities would curate and reward.

All of this is made possible and effective because of the delegated proof of stake (DPoS) technology that the Hive networks uses.

Essentially, DPoS implements a reputation system with voting and elections amongst its stakeholders to uphold democracy and ensure matters of critical discourse are properly attended to.

These elections help appoint super representatives otherwise known as “Witnesses” and “Delegates” that are responsible to perform critical tasks like validating transactions and generating blocks that ensure the Hive network is functional.

How Does Hive work? #

The hive network being a social media blockchain network supports the content of its users by upvotes that are rewarded with hive tokens, therefore the quality and originality of the content put out almost always translates to a transaction and the consequent upvote rewards.

This encourages users to consistently put-up original content on Hive without any form of plagiarism and adequate referencing as the post put out can be monetized.

Each member on the Hive blockchain is a potential stakeholder as they all hold some Hive Power (HP) to perform transactions on the blockchain.

Basically, HP is an influence score on the platform. It helps measure the impact a user has on the hive network. The more HP a user holds, the more allocation of rewards for upvotes given to a post.

To sum it up, the amount of Hive tokens a content creator gets from a post is dependent on the Hive Power of users who upvote or downvote the post. Therefore, emphasis is placed on creative and original content that attracts the attention of the users in the community.

Unlike Web 2 social networks that are increasingly becoming mundane, users on Hive also earn up to 50% of the post reward of any content they interacted with.

Web 3 is at the precipice of global acceptance and Hive with its ground-breaking strides seem to be at the forefront as it embodies a true demonstration of a decentralized network where end-users have complete ownership and control of their data and information, eliminating a central point of control, uncensored and immutable content distribution and uninterrupted services amongst many others that can not be found on existing web 2 networks.

Hive seems to be leading the way in the web 3 technology and would be a force to reckon with soon.

Is earning on Hive a pipe dream? #

Hive could be a means of earning to users who consistently put out good content, upvote the post of others, add meaningful contributions to conversations in the comment section, reblog quality posts and relate respectfully to other members of the communities.

Hive users would be able to withdraw their Hive tokens or Hive Backed Dollars (which is basically Hive pegged against the dollar) through cryptocurrency exchanges like Binance, Bittrex, eToro etc. where it is exchanged for bitcoin or any other cryptocurrency.

There are a few other Web 3 social platform options like Steem and Migo who seem to be in the business of blockchain socials. However, Hive is the world’s first decentralized and user-controlled massively scalable proof-of-stake blockchain. You could use a Dapp to execute a large number of transactions without incurring any fees by combining lightning-fast processing rates with fee-free transactions.

Furthermore, Hive is well-positioned to become one of the world’s most extensively utilized Web3 blockchains in the near future. The platform provides both developers and consumers with access to the cryptocurrency realm, making it easier to use and build on decentralized applications in general.