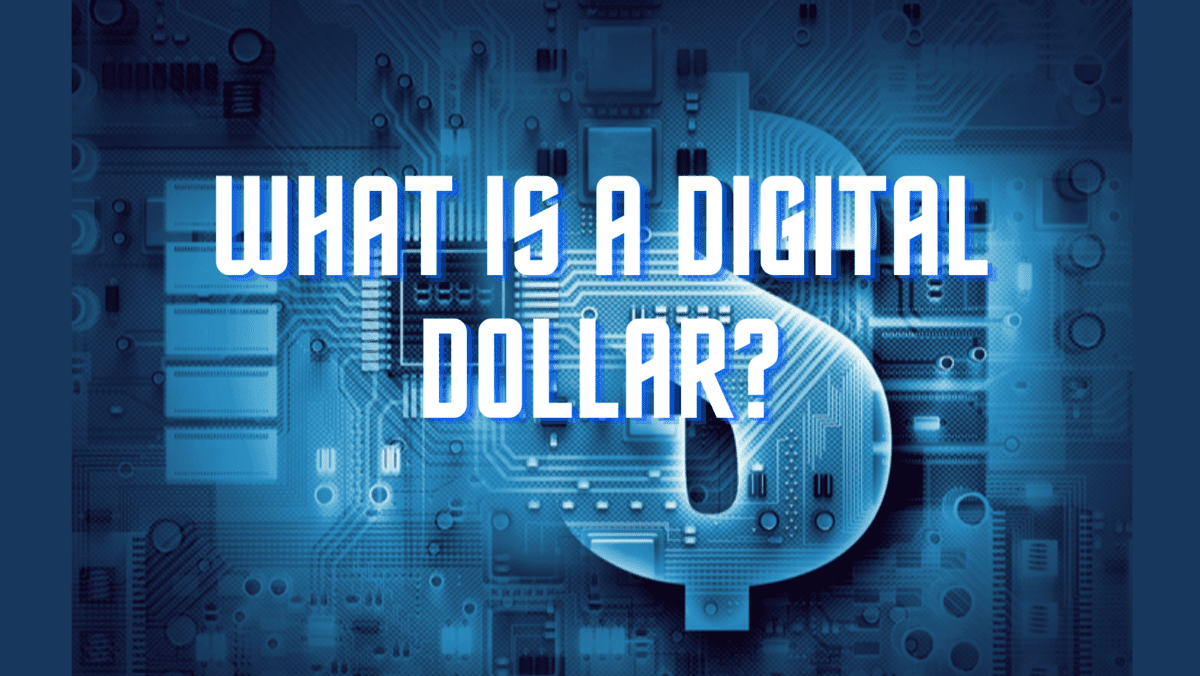 What Is a Digital Dollar? #

In many countries, the financial systems operate using the electronic form of US dollars which are held in electronic or digital bank deposits. Digital dollars never take physical form and are always stored on a computer network. Trades are also conducted via the Internet.

Five U.S. central banks will launch digital currency pilots in the near future to promote the US dollar as a form of digital currency around the world, following the announcement of the Digital Dollar Project in May 2021.

Following the explosion of cryptocurrencies in the world, the concept of digital dollars has emerged. As Bitcoin (BTC) emerged as the first and now the largest cryptocurrency in the world, authorities around the globe are now considering the development of their own digital currencies, with China, the USA, and many others in the race to develop a stable currency that is recognized as legal tender throughout the world.

The main difference between the digital dollar and the various cryptocurrencies currently available on the market is that the latter are decentralized assets with a different value than traditional currencies. Like all digital currencies, digital dollars are managed by the Federal Reserve and backed by the government, which means they function like physical money and are worth the same as physical money.

Digital dollars are intangible assets valued at acquisition cost. Everything is now digital, which is driving the shift toward digitization. People can make purchases using their electronic devices instead of dollar bills by transferring digital currency to retailers. Transfers of digital dollars will work similarly to popular payment apps, such as PayPal, Venmo, and Google Pay.

Due to the success of decentralized cryptocurrencies such as Bitcoin and Ethereum, which store value but are not controlled by any authority, world governments are investigating the possibility of creating their own digital currencies, also known as central bank digital currencies (CBDC).

Several countries are experimenting with digital currencies, such as the Bahamas’ Sand Dollar, which is currently in production, as well as China’s digital yuan, which was launched in 2014.

Digital dollars have the following advantages:

Crypto-assets pegged to the US dollar, such as stablecoins (USDT, USDC, etc. ), will compete with the digital dollar. Due to the digital currency age started by cryptocurrencies, the current banking system is facing an existential threat.

What is KYC, or Identity Verification, and Why Is It Growing in Importance in Crypto?What Is BitPay