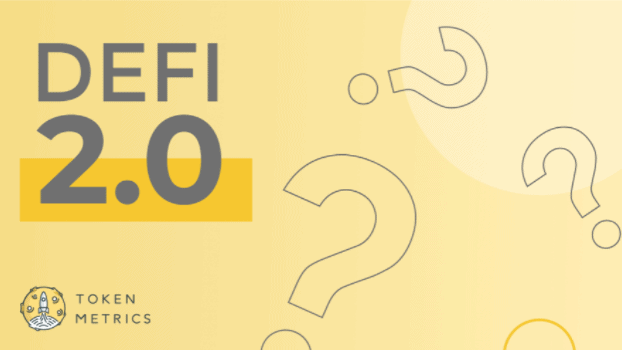 How does DeFi 2.0 work? Do you think this is just a temporary narrative or a paradigm shift? Which are some of the coolest DeFi 2.0 protocols? And what does it mean for the DeFi projects already out there? Let’s answer these questions here!

The crypto space is all about new narratives! There’s DeFi Summer, Layer 1 Summer, Dog Coin Season, or “Jpeg” Mania. DeFi 2.0 is the new kid on the block, and it’s getting more and more traction lately.

In general, DeFi 2.0 refers to a new breed of DeFi protocols that are experimenting with protocol design and tokenomics to try to solve some of the main problems with existing projects.

This type of experimentation revolves around innovation in the design of liquidity mining and is often associated with protocols acquiring their own liquidity instead of renting it out temporarily. So let’s unpack what it all means.

One of the biggest problems that DeFi protocols struggle with is how to attract long-lasting liquidity in a sustainable way.

Most protocols decide to allocate a large chunk of their native tokens to liquidity mining incentives as a means to bootstrap themselves. This attracts a lot of capital and accelerates the growth of a protocol.

So, what is the challenge? Well, liquidity is largely not loyal, so it can move to the next project if it offers better incentives. It also creates a huge amount of selling pressure for native tokens. Sadly, the token price is very often indicative of the overall quality of a project and can sometimes determine its success or failure.

In order to mitigate this problem, some protocols have added vesting to their liquidity mining rewards. However, this is usually just kicking the can down the road, and the same issues will arise in the future.

The protocols that offer liquidity mining programs hope that after the liquidity mining ends, they will remain attractive to users by establishing a reputable brand, differentiating themselves from their competitors and attracting long-term liquidity. This is also known as building a “moat” around the protocol. 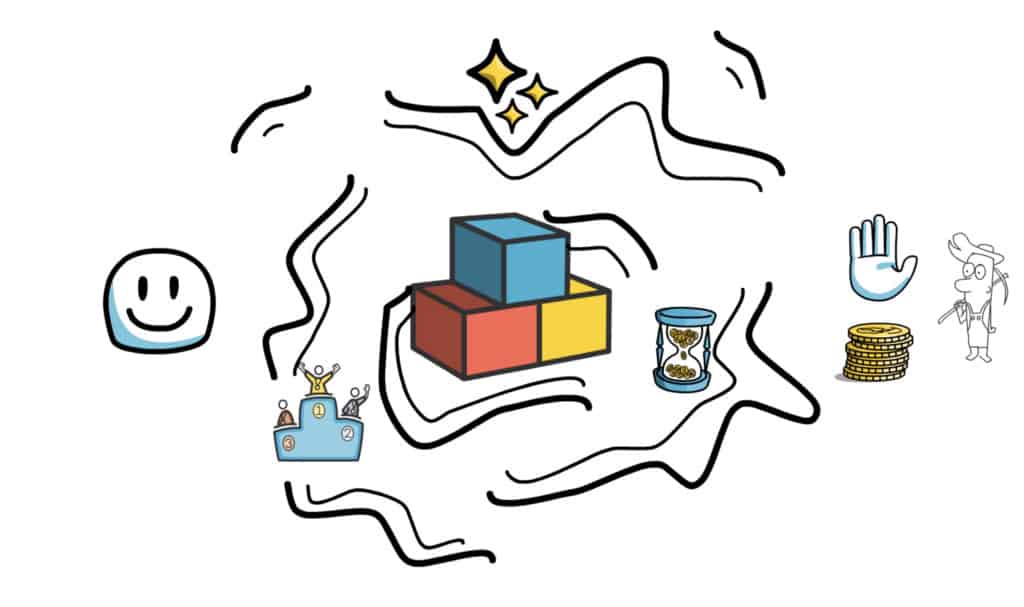 When it comes to a protocol with a “moat,” UniSwap is a good example. Uniswap, at the time of writing this article, had a 67% market share of all decentralized exchanges on Ethereum. In spite of the protocol not offering any additional incentives in the form of UNI tokens for almost a year now, its market share remains extremely high.

What is the reason for that? Liquidity providers with a strong brand and a large trading volume earn good returns just from the trading fees they charge. It was also one of the first protocols in its own category, which makes it harder to replicate with time.

A lot of protocols attracting millions, if not billions, of dollars of liquidity, only to lose traction in the long run as the capital migrates to a new, shiny protocol that pays better. 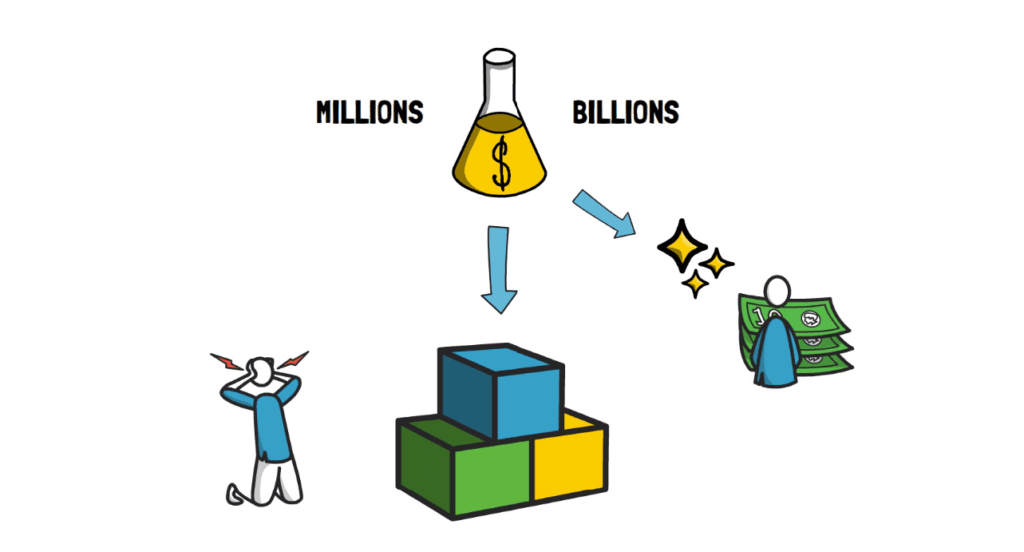 New protocols face a big dilemma. Instead of just attracting mercenary capital, how to attract users and liquidity in a sustainable way. The problem is compounded by the fact that liquidity mining programs are usually limited to a certain amount of tokens, so protocols are standing up against the wall and either they make it during the time when the liquidity mining program is on or they break it and become obsolete over time.

A new group of DeFi protocols decided to change the usual liquidity mining programs into something more sustainable to solve this problem.

Let’s first take a look at a few protocols that initiated this movement and are now riding the DeFi 2.0 wave.

Olympus is a decentralized reserve currency protocol that is based on the OHM token. Each OHM token is backed by a basket of assets stored in the Olympus treasury. This in turn creates a floor price for OHM that the actual price shouldn’t fall below.

As part of Olympus, the users can stake their existing OHM tokens and get new OHM from the rebasing rewards, or they can trade different assets in exchange for discounted OHM. The latter process, called bonding, is one of the key concepts that enable the protocol to possess its own liquidity.

The bonding process works as follows:

During the time this article was written, Olympus owned over 99% of its own liquidity across all markets. (Just like every other DAO!) Olympus’ bonding mechanism has opened up a lot of new possibilities not only for Olympus but also for other protocols via Olympus Pro.

Olympus Pro, launched recently by the Olympus team, enables other protocols to benefit from the same bonding mechanism that made Olympus successful. More and more protocols are turning to Olympus Pro for a more sustainable way to bring long term liquidity. Protocols participating in Olympus Pro include Alchemix, Frax, StakeDAO, and Pendle.

Additionally, Olympus Pro launched a dedicated bond marketplace. Through this marketplace, investors will be able to purchase tokens of different protocols at a discount in exchange for other assets. These assets will then become part of the protocols’ treasuries.

The company is also about to release a new version of its protocol that improves and optimizes some of its existing features. In one, the bonding mechanism is improved, as bonded OHMs are now staked in the protocol during the bonding process.

Olympus is clearly one of the most interesting new protocols, we cover the entire project in detail in another article.

Another protocol iterating on the concept of liquidity mining is Tokemak.  By using a decentralized market making protocol, Tokemak creates sustainable liquidity in DeFi.

The protocol token, TOKE, is used to direct liquidity in Tokemak’s reactors, where each asset has its own pool.  Providers of liquidity supply only 1 token to a dedicated reactor, and TOKE holders become Liquidity Directors, who decide where the liquidity will flow.

The design will democratize access to liquidity while creating incentives for both liquidity providers and liquidity directors.

Now that Tokemak has bootstrapped the liquidity in its ETH and USDC Genesis pools, the community is voting on the projects for which reactors will be initiated. These reactor assets will soon be paired with assets from the Genesis pools and deployed across DeFi.

Among the new protocols leveraging Olympus Pro are Tokemak, and Olympus DAO. It will be interesting to see how other protocols experiment with their protocol design in the future.

DeFi 2.0 might seem like a temporary narrative, but the underlying concepts will most likely endure and make liquid asset mining more sustainable.

DeFi protocols will be able to attract long-lasting liquidity without being stuck in the neverending cycle of subsidizing the users with mining rewards and competing with new forks of their own protocol that can launch with a new token in a few days. Rather, the projects will have a way of enabling quick bootstrapping or attracting initial capital to a new chain or L2. It will at least be a choice and not the only option available.

So, do we really need a new name for all of this? Whatever we call it, it won’t change that there are protocols experimenting with new designs and improving upon previous things that didn’t work.  A new narrative can certainly inject some fresh excitement into this field, allowing more people to discover the potential of DeFi.

There is a very common question that comes up when discussing DeFi 2.0: What will happen to the existing DeFi protocols? Will they become obsolete with time?

We don’t think so.

One of the main benefits of open source development is that things that work well can be adopted by existing protocols. Maybe Olympus Pro will bond liquidity, maybe Tokemak will redirect liquidity or maybe something else will be used. Some of the established DeFi protocols may adopt DeFi 2.0 concepts in the future.

In addition, new protocols will be able to take more risks and experiment with protocol design as they do not have as much capital at stake. DeFi will benefit from this as it will allow both existing and new protocols to grow together.

At this point, we should just focus on growing the pie together since the whole DeFi space hasn’t achieved even a fraction of its potential.