Introduction to the Ronin Network (RON) 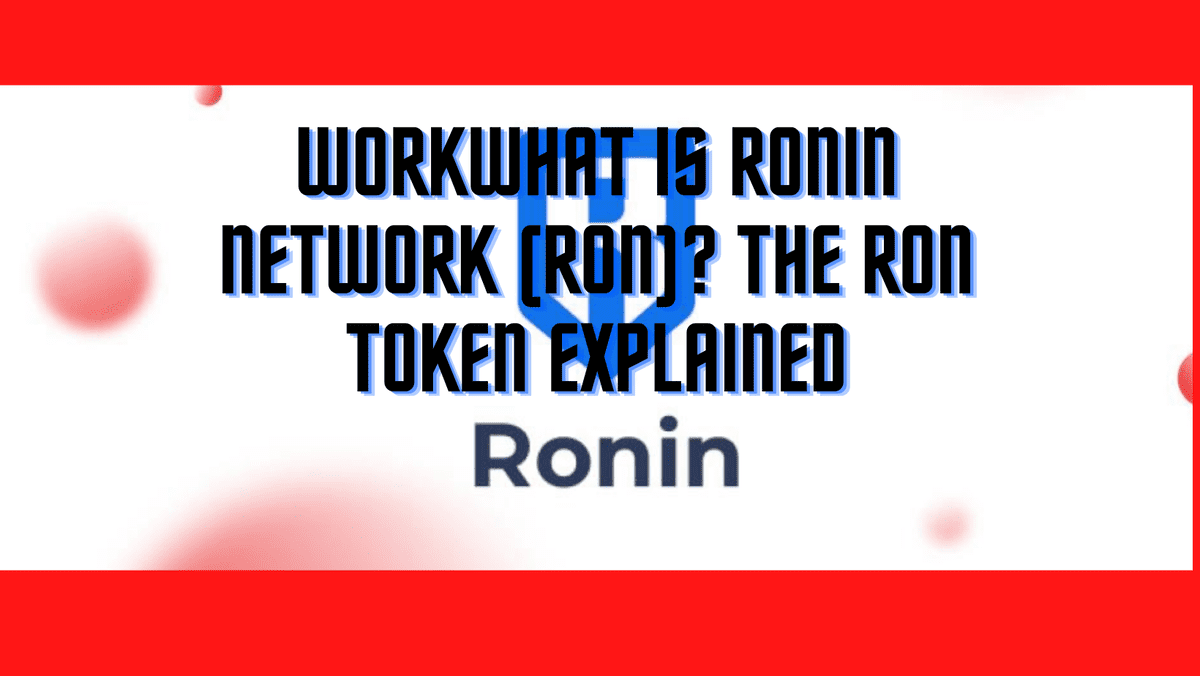 It is believed that Axies, a global phenomenon in the blockchain gaming industry, introduced its new network in the second half of 2020 in order to devise a long-term solution to make participating in the Axies game & economy fast, cheap, and seamless.

The Ronin Network was launched in February, 2021, but has already achieved the impressive milestone of 5 million USD in deposited assets and 2 million wallet downloads.

It is believed that Axies, a global phenomenon in the blockchain gaming industry, introduced its new network in the second half of 2020 in order to devise a long-term solution to make participating in the Axies game & economy fast, cheap, and seamless. Axie Infinity has developed a special sidechain called Ronin.

The Ronin Network is a blockchain-based sidechain created specifically for blockchain gaming by Sky Mavis – The company behind the popular blockchain game Axie Infinity.

How the Ronin Network works #

The mainnet of Ronin uses Proof-of-Authority. There are usually fewer validators on PoA than on PoS (Proof of Stake), which is a modified version of PoS. In the early stage of the Ronin Network, Sky Mavis will have sole discretion around validators. Partners from the gaming, crypto and NFT sectors have been recruited to serve as validators of the network, including Binance, Unisoft, Animoca, Nonfungible.com, Dapp.com, Dapp.com etc.

On Ronin, the validators are responsible for authoring and validating blocks, updating price oracles, approving deposits, and transferring assets (ETH, ERC20, and ERC721) to and from Ronin. Eventually, the foundation will integrate community validation, but for the short term, efficiency and control are essential to keep the chain running smoothly.

The Ronin Testnet was released on December 23rd, 2020, and, as mentioned before, the Ronin Mainnet was launched on February 1st, 2021, more than two months after.

According to Sky Mavis:

Ronin offers 100 free transactions per day, which stands in stark contrast to Ethereum-based DEX services, where transactions cost more than $10.

Axie Infinity’s and the Ronin Network #

As the most popular blockchain game in recent years, Axie Infinity is a Pokémon-themed digital pet universe. Every player in the game has a unique Axie and can earn in-game currencies by breeding new Axies or by trading them.

In order to maintain the user base, Sky Mavis had to explore alternative solutions to Ethereum’s chopping fees and terrible network congestion.

The Loom Network was the first solution. However, since Axie launched on Loom a year ago, the network has changed leadership and is now focused on enterprise solutions rather than user-facing applications.

Ronin was created as a second solution. In order to improve the user experience, Ronin initially focused on blockchain efficiency. The team, however, is also seeking various ways to further reinforce and scale Ronin in the long run, including zKSyncs.

Katana, a decentralized exchange, allows users to quickly swap assets on the Ronin blockchain at a low cost.

Katana was built to:

The Team and Investors #

The team behind the Ronin Network is the same team that is behind Sky Mavis. Key members of the team are:

Why Ronin could be huge in the future #

As a layer1 blockchain, Ronin is similar to others. This platform uses a multi-sided platform Business Model – A model that acts as an intermediary to connect two or more mutually dependent groups of users with shared economic goals. PayPal, eBay, Alibaba, Facebook, Ethereum, and many other well-known blockchain and non-blockchain companies use this model.

The multi-sided platform’s value proposition is to act as a matchmaker. The company does not create the content or produce the products, nor do they offer the service directly. Their main role is to act as an intermediary for parties/stakeholders on the network to communicate with each other.

In case of Ronin Network, it helps to connect two main groups:

DappRadar reports that since Katana was released, Ronin has surpassed prominent DeFi DEXes like Raydium, Uniswap V3 and Sushiswap on November 12th 2021.

In just one week, Katana has grown exponentially, surpassing many other icon DEXs in DeFi. As soon as the RON tokens are launched, Katana will have plenty of room to grow.

From March, 2021 to October, 2021, deposits on the Ronin Network increased from 1M to 5B (5000 times); DAU from 428,000 in October now reaches nearly 1M in November. Even though they were launched earlier than Ronin, competitors have a hard time disputing its development speed. Ronin will be able to offer investment opportunities to many more people than Axie’s users, leading to a higher TVL.

The $152M funding event on 5 October 2021 will pave the way for a virtual gaming economy on Ronin and help steer the future of the Ronin Network in general and Axie Infinity in particular. We can safely assume that the Ronin Network will give us even more impressive numbers in the next stage.