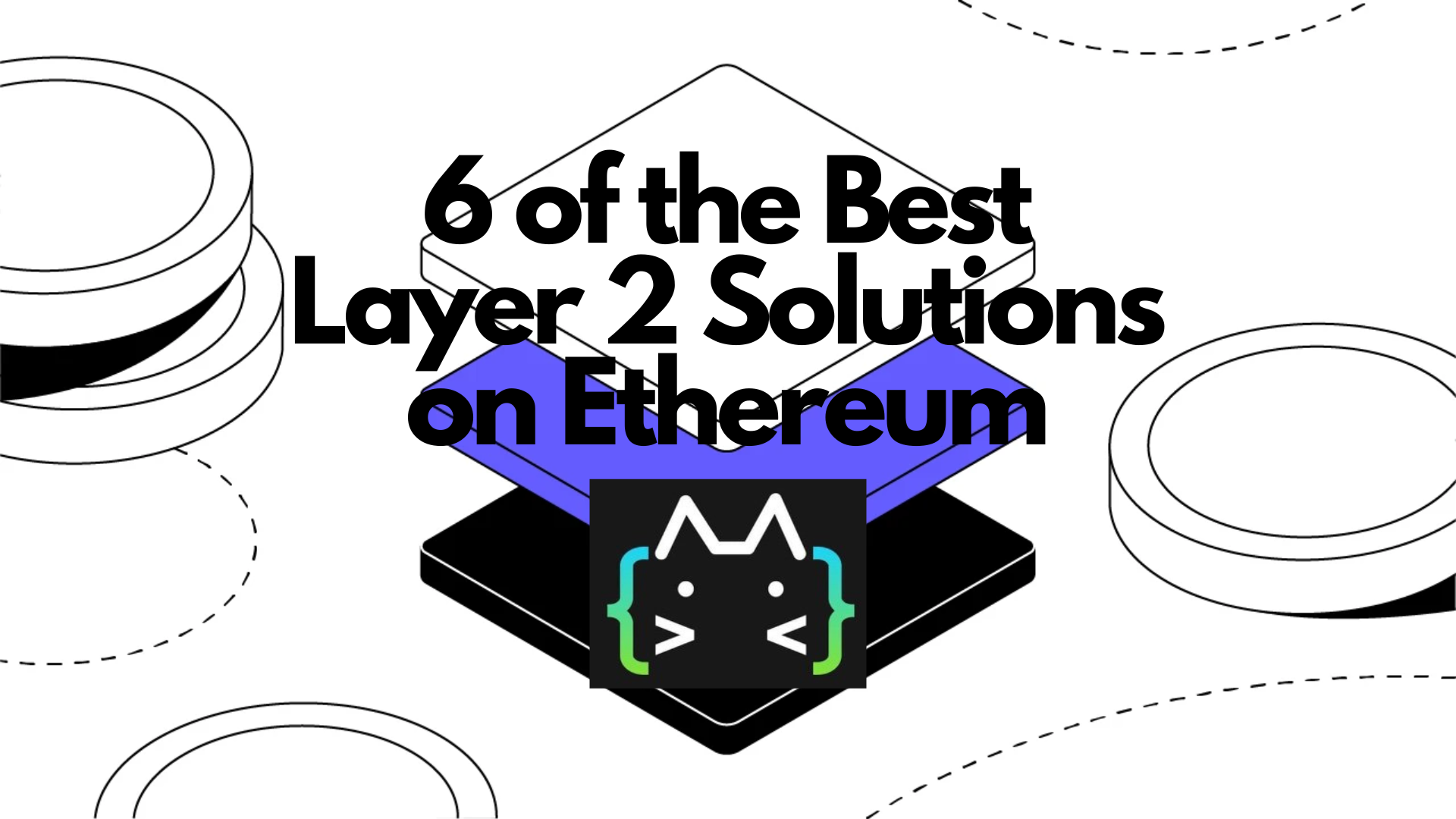 Executing a transaction on Ethereum can sometimes take some money and time. The blockchain is often used, which can overload the network. Also known as network congestion, this is a common problem with Ethereum. Even after the upgrade to Ethereum 2.0, this problem will probably continue to occur, although it will be less serious.

What is a layer 2 scaling solution? #

Blockchains can have different functions and applications. When we look at Ethereum itself, it is a layer 1 network that focuses on decentralized applications (dApps). Bitcoin, on the other hand, wants to be a new payment system.

Layer 2 is the data link layer and handles communication and data transfer within the same network. Layer 2 protocols are created on existing blockchains to make the blockchain more scalable. This means that a layer 2 scaling solution runs on top of another blockchain, and is not a solution itself. Transactions are processed on the scaling solution, after which the outcome is stored on the mainchain.

How do layer 2 protocols work? #

The problem is often in the foundation of the blockchain itself. Because of this, some blockchains cannot scale by nature and quickly run into problems. Layer 2 protocols are ways to improve scalability and typically process transactions outside of their main chain. Is that completed? Then they send a compressed version back to the mainchain. The layer 2 therefore does the executive work, while the layer 1 focuses on security and storing data. More and more layer 2 solutions are being added for Ethereum, each of which wants to improve the Ethereum network in their own way. Improved scalability, without compromising security or the decentralized character.

With an optimistic rollup, transaction data is broken up into pieces, after which they are rolled up together into a cryptographic hash. The data is first divided up so that it can then be stored more efficiently. This ensures that more data fits into a cryptographic hash. The transactions are not checked, but immediately approved. Tricky? At first glance yes, but nodes have the option to report fraudulent transactions afterwards. If it turns out that a transaction was actually fraudulent, the node receives a reward. If it is a false accusation, the node will be penalized. This prevents nodes from rejecting random transactions.

ZK Rollups bundle transactions into one transaction. After this, the transactions are validated in one go, using Zero-Knowledge Proof, abbreviated as ZK. This technology uses far fewer resources than a blockchain normally would. As a result, many more transactions can be processed in a shorter time. After processing the transaction, a ZK-Proof is created. This is a cryptographic hash, the contents of which cannot be seen or traced. The privacy of the users who have performed a transaction is thus guaranteed.

Below is an overview of the 6 best scaling solutions on Ethereum:

We call Arbitrum an ‘optimistic rollup’. It is therefore not a separate chain, but runs on top of Ethereum. Transaction data from smart contracts is first divided and rolled up. Result? A cryptographic hash. Transactions are approved immediately, hence the name ‘optimistic’. Because transactions are immediately seen as valid, Arbitrum has a high processing time. Does a transaction appear to have been wrongly approved? Then nodes can indicate this afterwards. This is only possible within a certain time, because after that the transaction is permanently stored on the blockchain. They receive a reward for reporting this transaction.

Loopring has its own token, called LRC. The token is used within the Loopring protocol, but was available much earlier than the protocol. In 2017, it was released through an ICO, while Loopring had only launched its protocol on Ethereum in December 2019.

Polygon is a layer 2 scaling solution with its own network, called the Matic Network. The network runs on top of Ethereum, but is a separate network. This means that the network has its own token called MATIC. Within the Polygon Network, Proof of Stake (PoS) is used as a consensus mechanism, long before Ethereum did this. Partly due to this algorithm, Polygon can process transactions much faster and cheaper. So, you can stake crypto within the Polygon network.

The team behind Polygon has developed several solutions. For example, there are solutions that focus on the optimization of NFT transactions, while other solutions focus purely on business users. The solutions have one thing in common: they process transactions a lot faster and cheaper than on Ethereum. Several developers have developed projects on Polygon.

Do you believe in Polygon? Then you can also buy the MATIC token from Polygon. Many other layer 2 scaling solutions do not have their own token, but use Ether as currency.

Optimism, like Arbitrum, is an optimistic rollup. Transactions are processed on the Optimism protocol. To do this, they are broken into small pieces and rolled up, resulting in a cryptographic hash. This cryptographic hash is sent to the Ethereum blockchain and stored on the mainchain. It is important to remember that the transactions are not stored on Optimism. They are only checked and processed on Optimism, but then stored on Ethereum.

Immutable X focuses on improving the transaction speed of NFTs. In 2020, NFTs have become extremely popular and increasingly traded. Unfortunately, it can sometimes take a very long time to send an NFT over Ethereum, even though this is the most popular blockchain for NFTs. Immutable X is a ZK Rollup and can process 9,000 transactions per second. There is even a dedicated NFT marketplace running on Immutable X where one can trade NFTs. All NFTs traded on this marketplace are processed over Immutable X.

The blockchain is a transparent technology. We can easily track transactions. This traceability is seen by some as an invasion of their privacy. Aztec is a layer 2 scaling solution that has found a solution to the privacy problem. Any user who wants to make a transaction on Ethereum can use zkDai to make the transaction confidential. xDai is a protocol that uses the Zero-Knowledge proof technology to provide these privacy guarantees.

Developers can integrate zkDai within their dApp. There is an SDK (software development kit) available. All transactions that are then executed via the dApp will be secured by Aztec’s Zero-Knowledge Proof.

Layer 2 scaling solutions ensure that we can execute transactions on Ethereum quickly and cheaply. The Ethereum network can no longer handle the number of transactions itself, so we have to pay high costs and have to wait a long time. Fortunately, there are several solutions to this problem, because in this article you have read more about the following layer 2 scaling solutions: Arbitrum, Loopring, Polygon, Optimism, Immutable X and Aztec.