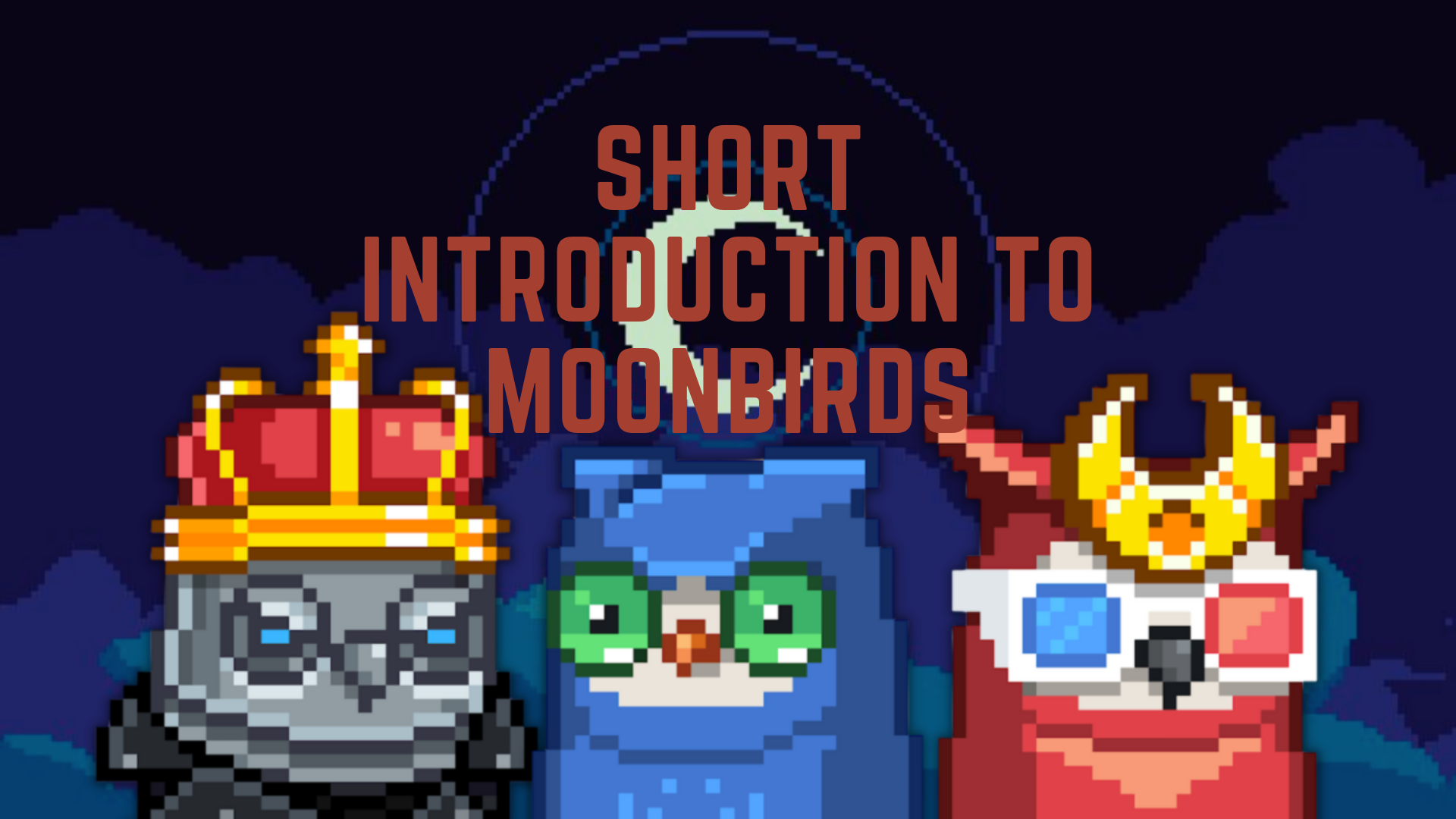 For many investors 2021 will be the year of massive growth in NFTs! This year, more and more crypto enthusiasts discovered the opportunities in the NFT market, causing its popularity to increase rapidly. This was partly due to the skyrocketing amounts paid for certain NFTs, such as Beeple’s many NFTs. His works of art sold for tens to millions. In addition, many NFT traders made huge profits due to the large price increases in various NFT collections.

In 2022, the NFT trend has dropped considerably, which is partly due to the bear market of the entire crypto market. However, this does not mean that NFTs are a thing of the past. There is still interest in these tokens, which became apparent after the launch of the Moonbirds NFT collection, among other things. It was launched in April 2022 and became a great success.

An NFT is the abbreviation of “non-fungible token”. Freely translated into Dutch: non-replaceable sign. The NFT technique ensures that digital items are given a unique ‘serial number’ in the crypto world. Millions of transactions are performed every day in the crypto world. Bitcoin, Ethereum and other cryptocurrencies are traded digitally. This is nothing new under the sun.

However, these transactions are not that special. One Bitcoin is the other: it does not matter to you as a seller or buyer “which” Bitcoin you receive, because you still received “one Bitcoin”. Compare it with dollar bills.

Example: You lend money – Whoever lends a 100-dollar bill and receives 100 dollar for it a month later, has his original amount back. He or she may have received 2X 50 dollar, or 100 X €1; it doesn’t matter here. In this case, there is no question of a so-called ‘verifiable transaction’. It becomes different when you know that every note carries its own unique serial number. There is only 1 100-dollar bill on earth with the same serial number as the note exchanged in this example

This is exactly what the NFT technique brings to the Blockchain, a global network of computers that monitors and executes all transactions. With NFTs you can provide digital ‘assets’ such as a file, photo or video on the blockchain linked to a unique identifier, also known as a token.

Moonbirds are a collection of 10,000 non-fungible tokens issued under the ERC-721 standard on Ethereum’s network that went on air on April 16, 2022.

According to the official website, Moonbirds represent NFTs “utility-enabled PFPs that possess a richly diverse and unique pool of rarity-driven properties.”

Essentially, the project aims to be another blue-chip PFP initiative, but it has also added a ton of other perks for Moonbirds owners. In addition to this usability, each Moonbird is also built to unlock private club membership, granting further benefits the longer users keep them. The latter is called ‘nesting’.

For example, owning a Moonbird also gives access to an NFT-gated Discord server. Once inside, users can access private Moonbirds channels that provide information about upcoming drops, community events, nesting, and so on.

The collection is minted at a price of 2.5 ETH each and also comes with 5% royalties on every secondary sale going to the creators. Moonbirds owners also hold full intellectual property rights over them, according to the official website.

At the time of this writing, which is less than a week after the coin, the floor has risen to an astronomical 36 ETH (worth about $108K) awaiting the nesting functionality to unlock.unique identifier, also known as a token.