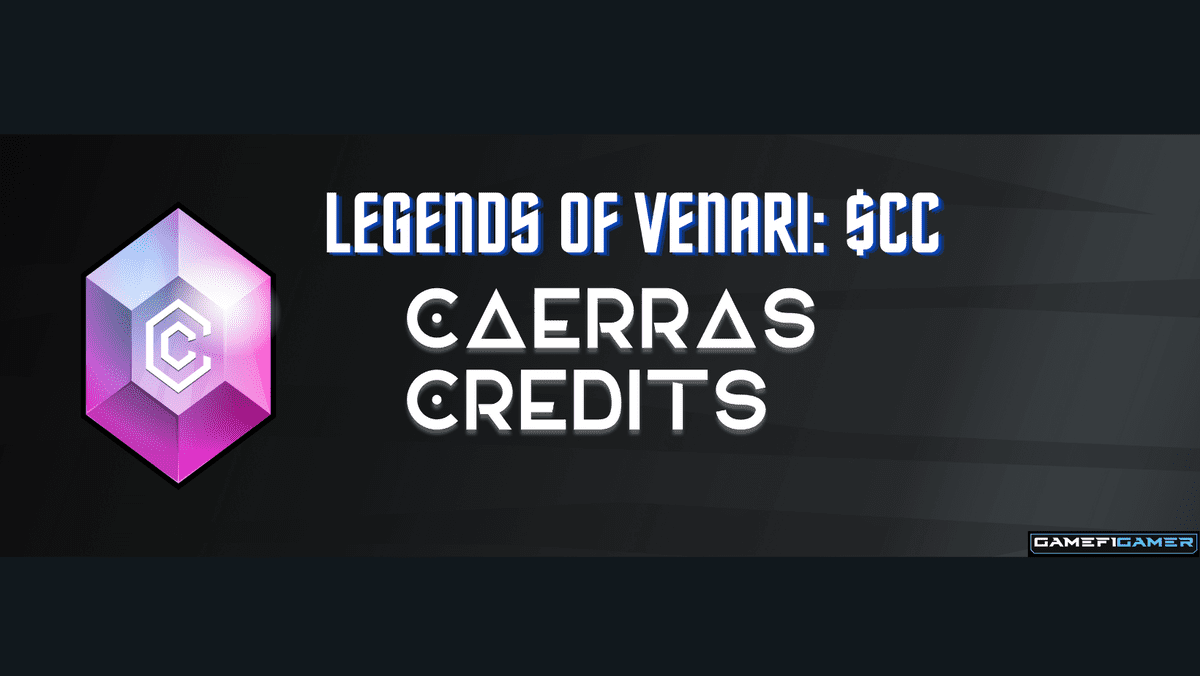 In Legends of Venari, Caerras Credits are the premium currency. Designing a token and thinking about the Tokenomics surrounding the token was key to ensuring that this game would be fair and not pay-to-win.

The initial game launch was not going to include an in-game token, as it would take the focus away from the core game. Rather than putting the value on a token, the purpose was to have gamers wanting to play and catch rare and unique Venari.

How do Caerras Credits work? #

Like many mobile games that offer a premium currency, Legends of Venari has a Market Place implemented where Cearras Credits can be used.

With Cearras Credits, users can also create an additional Base Pass. These are created through the Alpha and Gilded Passes that the game owner purchases. Venari does not plan to charge $CC for Alpha Passes or Gilded Passes for the generation of base passes.

The custom environments include trophy rooms, creature environments, and more. Using your Venari is a great way to show off and cherish your rare cards. You can accomplish this by using cosmetics, without sacrificing gameplay.

In the whitepaper, the team promises fairness, even thoug balancing around a token is extremely difficult if in-game utility is involved. The idea of what is fair is that users who don’t own Caerras Credits are still able to catch the same Venari as those who do.

The Black Market in Venari #

In the Black Market shop, premium baits can be purchased with cash, which can attract unique Venari. It also holds secret baits but those have not been announced on how to receive those. Playing the game will introduce new discoveries for players.

The black market sells 6 premium baits at any given moment, only 1 premium bait will be sold for gold each week.

A rotating weekly shop will offer these same premium baits for Gold. Since the black market sells 6 premium baits at any given moment, only 1 premium bait will be sold for gold each week.