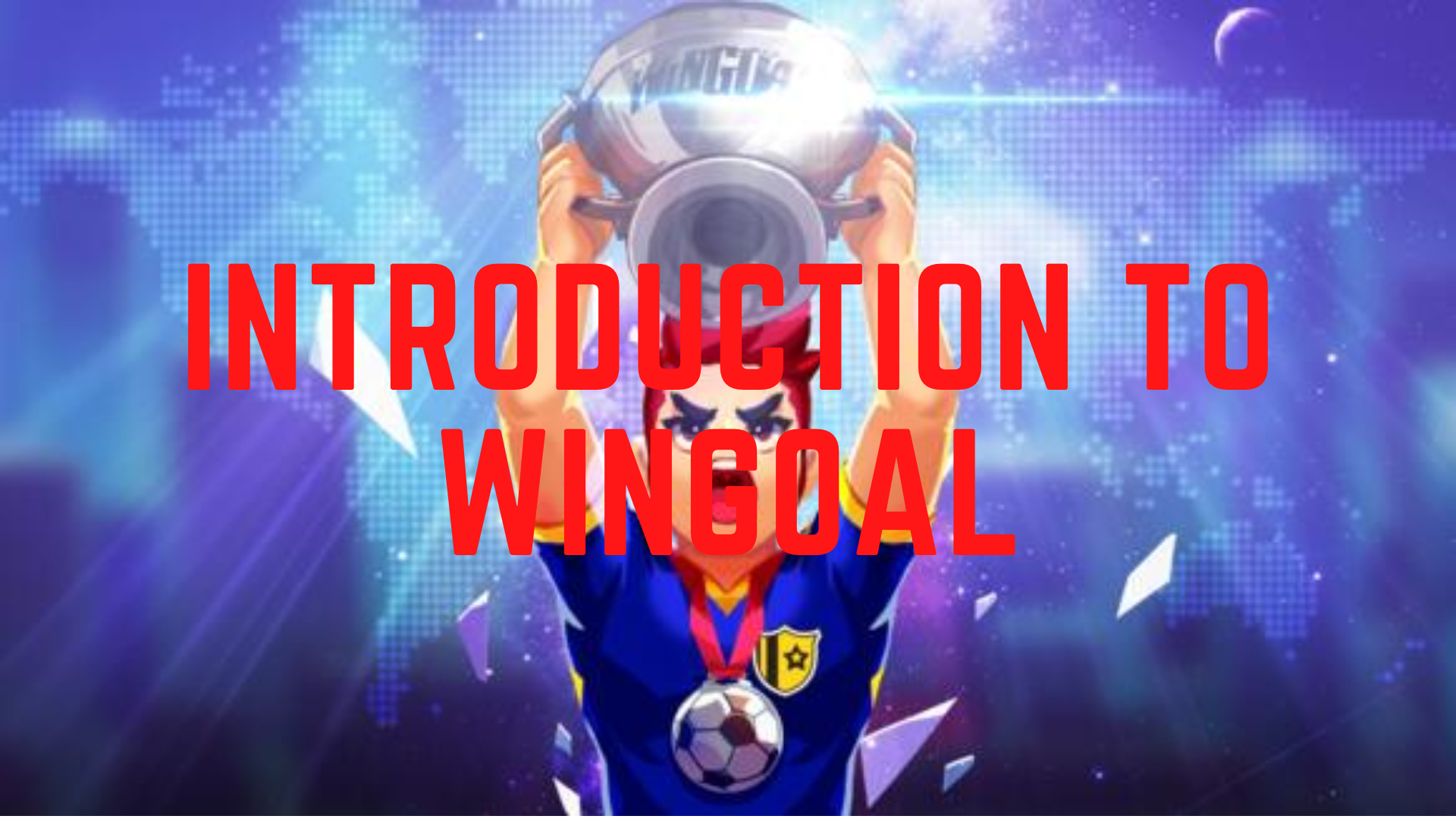 Bringing real-life events to the blockchain? Thanks to crypto and blockchain technology, it is possible. Wingoal brings the biggest football tournament to Web3. Watch your favorite World Cup match live, predict different results and play with your own team in this online world. Will your idol play home all other participating countries during the 2022 World Cup? Then your in-game star player will also get several upgrades. Are you ready to compete against other teams to claim your place on the leaderboard?

WinGoal is a free-to-play blockchain game on the Polygon blockchain that brings the FIFA World Cup to the world of Web3. No longer real-life events just in Web2, but a new interactive and lucrative environment of Web3. Create your own football team, compete against other star players, burn calories physically in exchange for in-game rewards, predict football results, watch live World Cup matches and much more. In short: Wingoal is a one-stop-shop for football and World Cup fans worldwide. Play, win, watch and earn with WinGoal!

Wingoal has partnered with Opta Data, the British sports analytics company. It provides data for as many as 30 sports in 70 different countries. Opta Dat implements all real-time World Cup data and applies it directly to your own NFT star players. In this way, all World Cup Data is made available immediately, completely on-chain.

Scenario: Messi recently played a match in World Cups Top 32. General live scores for Messi are generated by Opta, and evaluate Messi’s performance in that particular match. With the algorithm, these scores are then applied to our football characters’ attributes, influencing Messi’s attacks and defense.

It is obviously not possible to own an NFT of Messi or Ronaldo, but Wingoal works with an idol system. Soccer characters in the game are therefore fictional players, but they each have a World Cup soccer idol. This allows in-game NFT characters to behave like their real football stars. Is your favorite football player a success during the World Cup? Then your avatar will also develop better, giving you a better chance of succeeding in your own football match.

Don’t want to miss a second of your favorite World Cup match? Follow the live stream on Wingoal. And the best thing? Yes, you will also earn in-game tokens. There will be commercial breaks during halftime, with which you can earn crypto for free and for nothing. Only winners in this contest!

Wingoal is a one stop shop for football and world cup fans worldwide. Not only can you put together your favorite football team, but every user can also earn money through the burn-to-earn principle. Are you not an active person? Then you can even earn in-game rewards by watching the live stream of the 2022 World Cup.

Each player puts together a team of 11 players. These are all non-NFTs, which means that you cannot trade these players on the secondary market, nor can you upgrade them. Your base players all have the base rarities. Wingoal wants to be completely free for everyone in this way. Everyone deserves to participate in Wingoal! And to celebrate this extra, they also have free minting events in the future.

To start a match, you need a total of 15 players. This means you have to buy 4 more players. This can be done on the in-game marketplace using a Card Pack. Those extra players are NFTs that you can trade later. Who wins the match depends on your team, the formation and the right strategy:

Each player has three main categories of attributes: attack, universal, and defense. From this combination, each player receives a dynamic rating. This changes depending on the position of the player.

Wingoal has a total of 4 different game modes, each with their own progression system and participation requirements:

Complete daily and weekly missions and receive various in-game rewards. Not only will you receive in-game tokens like $WT, but also medical packs and training coupons. Everything to train your team for the best matches. And who knows, you might conquer a place on the leaderboard.

Just like in the physical world, players suffer from injuries, among other things. But a football team also needs a place to train. Wingoal has 5 different facilities:

Sport is healthy, Wingoal does not miss that either. Players can even participate in real-world sports activities. How? Fitness data is collected through GPS system and Gyroscopes in your mobile devices and then stored. This data is processed by Wingoal’s algorithmic system to get an idea of ​​your calories burned. Think of your performance, your heart rate, your BMI, etc. Sport is not only good for your body, but also for your portfolio:

Metaland Shares ($MLS) is Wingoal’s governance token and will also be usable in upcoming games developed from Metaland. $MLS has a total supply of 200,000,000 tokens and cannot be earned during in-game activities, but will be used for the following:

$WT has a total supply of 10,000,000,000 tokens and is the general in-game token that players earn for their daily activities.

$SWT has a total supply of 1,000,000,000 and is the more scarce in-game token that players earn in higher-level activities.

Players can also predict results. For this they use $WT tokens to predict one of the 64 World Cup matches.

Metaland is a Web2 mobile gaming studio that is evolving towards Web3. Their first project is Pikaster, a GameFi project. Metaland consists of a group of game developers with experience in DeFi, GameFi and various start-ups.

Wingoal sees it big, and rightly so. In a relatively short period of time, they have already managed to secure more than 20 official partnerships. Some of them are:

Wingoal is the one-stop-shop for all football and World Cup fans. Thanks to the free-to-play and play-to-earn mechanism, everyone can participate for free. Opta ensures real-life integration of all data during the World Cup and immediately places it on the blockchain. Start completely free with your own in-game NFT players and score yourself to the top. The diverse character of Wingoal shows us a new dimension of Web3.