Introduction to the Sui Network 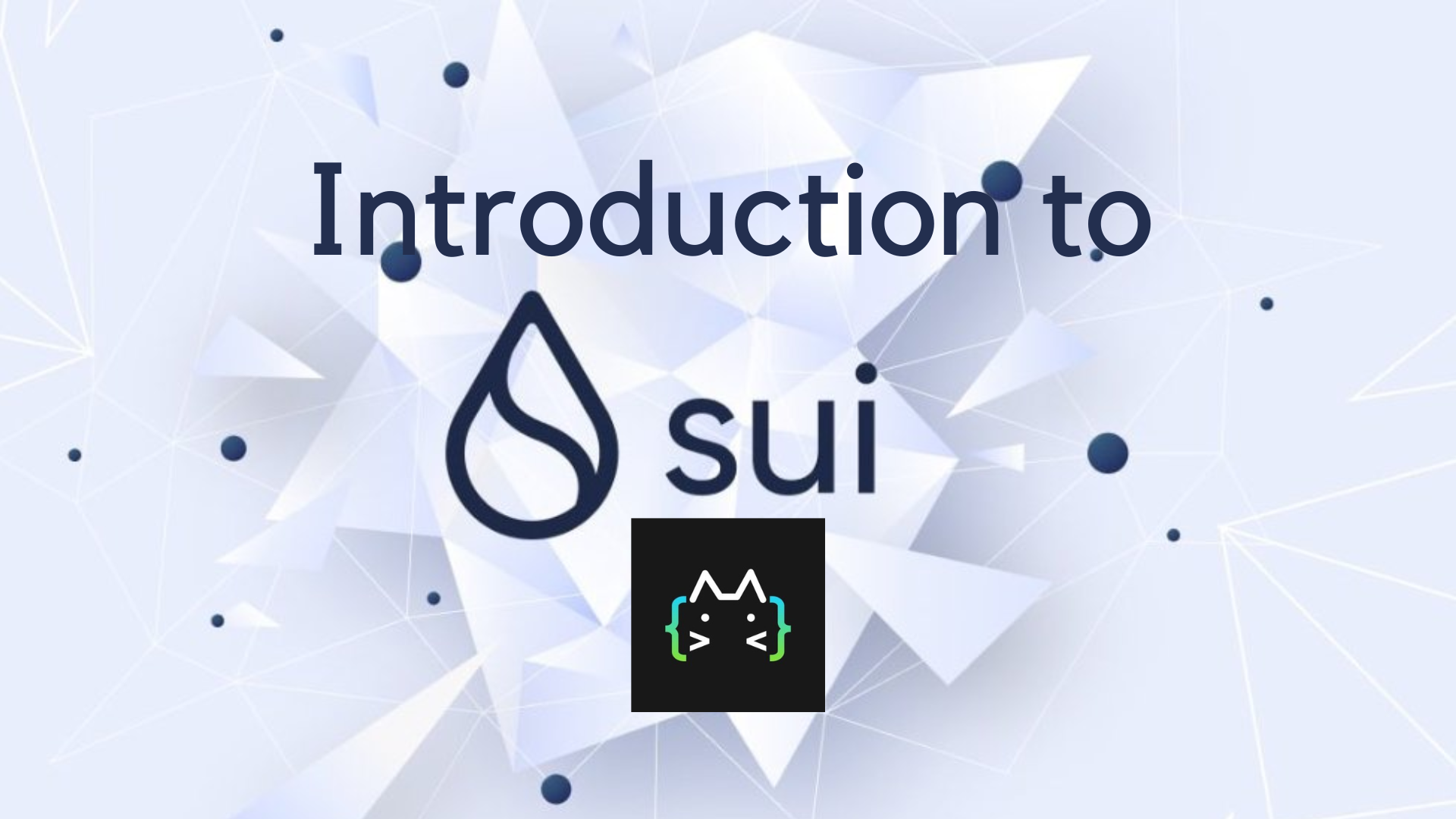 At the time of writing (December 2022), Sui Network is still in the preparatory phase, testing the network extensively. Sui Network is a new layer one blockchain. Many of such blockchains did well in the 2021 bull run.

For example, Solana (SOL), Polkadot (DOT), Velas (VLX) and Avalanche (AVAX) saw huge price increases in the 2021 bull run, achieving returns of more than 1000%. However, as an investor you have no guarantees, but it is always good to keep researching new crypto projects.

The Sui blockchain project has a solid team and also has a number of unique features that we will elaborate on in this article.

Sui Network is a layer 1 blockchain created by ex-Meta (Facebook) developers. Mark Zuckerberg’s company planned to create its own stablecoin, but development of this coin called Diem was ultimately not completed. However, the team behind this coin has not sat still and has not put the ambitious to create a cryptocurrency out of their minds with Sui Network.

At the moment, Sui Network is on the testnet. Here it can be investigated whether the technology works well and whether the blockchain does what it is intended for smoothly. For example, the testnet tests whether validating transactions works properly. Errors discovered during this period can be corrected in time. This prevents errors on the future mainnet.

How does Sui’s blockchain work? #

The white paper of the Sui Network states that the blockchain is very fast and scalable. This is partly due to the philosophy of the team behind Sui Network. They believe that blockchain transactions do not need to be chained together in a complex way in order to be sent securely.

Sui Network’s blockchain can optimize speed and scalability because the platform keeps network connections open longer. In simple transactions, users usually only want to send assets to another wallet. This wallet can be their own, but also someone else’s.

In these cases, the platform locks the sender’s address, rather than the entire blockchain. In this way it is possible to bypass the consensus mechanism for simple transactions via the network.

At the time of writing, SUI, the token of Sui Network, is not yet on the market. However, the project has already announced that this token is coming, otherwise the name would not have been announced. SUI has a limited supply of exactly 10 billion tokens.

Not all tokens are released immediately after the mainnet has been successfully tested and opened. More SUI tokens will be distributed in the coming years. This release is done through future reward grants, which users can begin to earn.

Not only is the SUI token important when handing out rewards, but you can do much more than that with the token on the Sui Network platform. The SUI token serves several purposes on the Sui platform, including:

The fact that more coins will be released in the future often causes a little mistrust for many investors. After all, the crypto market consists of supply and demand. When more SUI tokens enter the market, it means that the supply of SUI tokens will increase. If demand remains the same or lower, there is a good chance that this is not good news for Sui Network.

When you have purchased SUI, it is of course important that you can store these coins somewhere safe. Leaving your coins on an exchange is the least secure option, because you do not have the private keys of your exchange wallet. That is why it is wise to use a software wallet or hardware wallet. This way you have the private keys in your own hands and therefore have full control over your crypto.

As a relatively new crypto project, it is important to keep your community informed about the developments within the project. That is why it is important to put the future plans in a roadmap and to share this roadmap. So far, Sui Network has done well.

A roadmap can be useful for investors, because it allows you to respond to important data. For example, there is a lot of price action around the launch of a mainnet. In addition, a roadmap is also useful to see whether a crypto project lives up to its promises. When a crypto project fails to achieve its objectives, this is often not a positive development for the confidence of many investors.

Below you can discover the roadmap of Sui Network. This round folder has no time indications, but is purely focused on the activities that need to be completed.

Because Sui Network is a starting blockchain, a lot of information is coming out about it. For example, there are several weekly updates about the project itself, or collaborations are announced. If you want to stay informed about these collaborations, you can continue to follow Sui Network through various social media channels.

For example, you can find Sui Network on Twitter. On Twitter. As of writing, The Sui Network has a total of 263,400 followers. For a cryptocurrency that runs on the testnet, it is remarkable that so many people follow the Twitter channel to stay informed about the latest news about Sui Network.

As of writing, in Sui Network’s Discord server, there are about 365,800 members. An unprecedentedly high number, especially for a cryptocurrency whose token is not even on the market yet.

You can also continue to follow Sui Network via Medium. Sui Network itself does not have its own Medium account, but you can stay informed about the project on the account of Mysten Labs, the company behind Sui Network. This social media channel posts various informative texts, which are a lot more extensive than most other posts on other channels.

Although Sui Network is a project that has received a lot of attention very early on and has aroused the interest of many investors, there are also some critical notes about the project. It has already been mentioned a number of times in this blog that the crypto project is a new project, so there is a good chance that many mistakes will be made.

At the moment, the mainnet is not even live yet and this could have a major impact on the future of Sui Network. When there are problems with the mainnet, this can cause investor confidence to decrease. However, using Move as a programming language, Sui Network has a unique advantage. This advantage can work out well for the layer one blockchain, but you never have any guarantees on the crypto market.

With Sui Network, after Aptos, another crypto project has entered the crypto market, which originates from Meta. Mark Zuckerberg’s company has not been able to realize its own cryptocurrency, while it has been working on its own coin for years. The coin would first be called Libra and then Diem, but ultimately did not get off the ground due to legal reasons.

It’s helpful to stay vigilant about Sui Network’s tokenomics. Because the amount of coins will increase, this can have an effect on the price of SUI. In addition, Sui Network remains a relatively young project, so a lot of things can still go wrong.