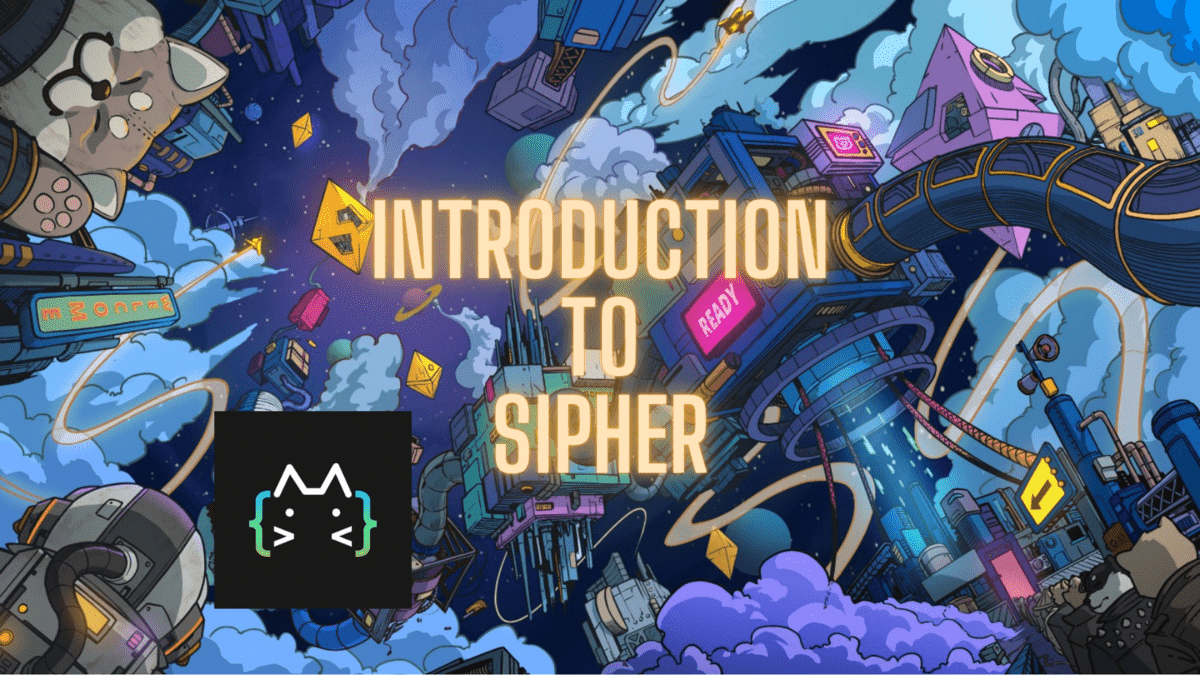 Every day multiple low quality blockchain games are being launched on a variety of blockchains. Like during DeFi Summer, it’s hard for new investors to find legit projects that have a solid roadmap, tokenomics, and fun gameplay. However, MOBA and metaverse game Sipher seems to be one of the few legit games that can actually compete against titans such as Star Atlas, Axie Infinity and Champions Ascension.

To be launched in Q3 of 2022 on the Ethereum blockchain, Sipher is a very ambitious blockchain game that focuses on combining various gameplay elements together to create a huge metaverse in which the player can explore, build, and battle.

In order to start playing the game, users need to purchase or mint “Siphers”. At launch, there will be 10,000 unique genesis Sipher NFTs per playable class. As of writing, 20,000 NFTs have been minted, which consist of 10,000 NFTs per class. These classes are the Inu’s and Neko’s, which are dog- and cat-like humanoid creatures that each poses unique weapons. The next class are going to be the Buru’s, which are Bull-like humanoid creatures.

Once all 10,000 genesis NFTs are minted, the only way for new players to obtain NFTs is by purchasing cloned NFTs, which is something only the owners of the 10,000 genesis NFTs can do. To clone an NFT, players need to burn certain materials and ERC-20 $ATHER and/or $SIPHER tokens.

Separate from the different Sipher classes are three different factions that players can join upon starting the game. These three factions are the Maximalist Templars, Arcane Order, and Shade Syndicate. Each faction has unique quests, resources, and owned land of which faction members can make use of.

In Sipher, there are three types of land. First are the cities, which are huge clusters of land tiles. Cities are full of marketplaces, guilds, etc. They are owned by communities and usually the largest guild that successfully claimed dominance.

Second are nodes, which consist out of smaller amounts of tiles. Nodes are the perfect place for adventurers and explorers. They can be used as Outposts that support buildings designed for specific tasks such as guild bases, crafting locations, gear acquisition and resource refinement. As a node owner (as a guild), you can construct refinement stations, crafting buildings, guild houses and an exchange for the global in-game item trading network.

Finally, there are the most basic pieces of land: tiles. They provide the player with a landowner title, special traits, and the ability to build a house, resupply stations and small guild outposts.

It’s here where the game’s MOBA aspect meets the metaverse / open world gameplay. Players, guilds, and factions will be able to fight against each other for territory, loot, ranking, and more. Here’s a short list of what is expected to come:

$SIPHER has a maximum supply of 1,000,000,000 tokens. It is the multifunctional governance token of Sipher Universe, with applications both in-game and in the real-world policy. Players will need to acquire $SIPHER for the cloning creation of new characters, the marketplace transaction fees for in-game items, and the purchase of special items from the Sipher Laboratory.

It can also be used for staking for Sipher Vault Governance and earn staking rewards, incentivizing all participants that contribute to the Sipher Universe. It will be distributed through sales during Seed, Strategic and Public Sales.

$ATHER will have an initial supply at 1,000,000,000 tokens, without an unlimited total supply. $ATHER is the World Energy of Sipher and will be minted and burn throughout the life of Sipher Universe. A small fraction of $ATHER could be available through various distribution mechanics, leading up to the full launch of the game. After the game is launched, it can only be earned through in-game activities.

$ATHER is one of the needed resources used to power all the in-game creation and progression activities such as crafting, leveling up characters and equipment, unlocking new skills, and constructing buildings on top of in-game land.

Players that participate (daily) in PvP & PvE and other activities will be rewarded with $ATHER tokens. $ATHER will be burned as required by in-game activities. The amount of $ATHER a player can accrue over time daily is determined by a combination of the difficulties of the levels, character levels, temporary buffs, and land that the player currently possesses in-game.

As mentioned in the previous section, the full game is set to be launched by the end of 2022. In the run-up to this launch, various milestones were set and achieved. The most important goals are:

Sypher is a very ambitious game that tries to bring beautiful graphics, solid gameplay, the metaverse, MOBA, open world, and all NFT and in-game economy advantages of the blockchain together in one game. It can’t go unnoticed that GameFi influencers such as Cagy, Brycent and others are bullish on the game as well. A disadvantage is that the game will be launched on the Ethereum blockchain, which will result in higher gas fees, lower scalability, and network congestion.