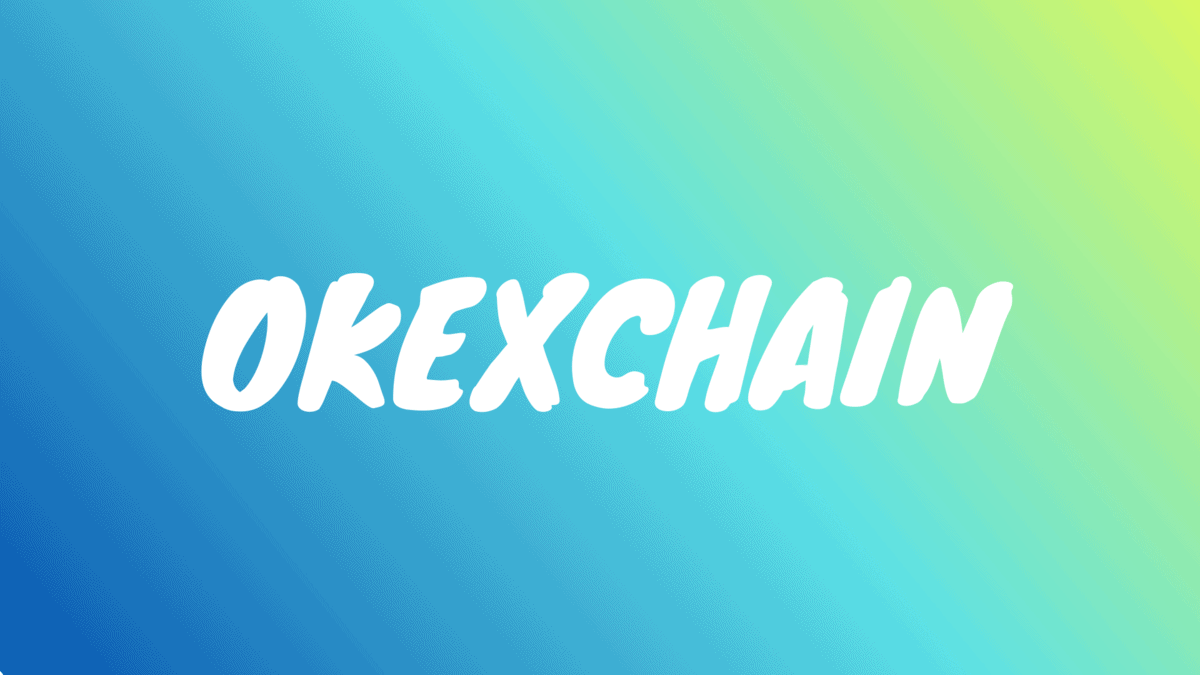 Another crypto exchange, another exchange-blockchain. Due to decentralized finance (DeFi) is becoming increasingly popular, crypto exchange platforms have been working on launching their own smart contract compatible blockchains, such as the Binance Smart Chain and HECO. In this article, we will discuss the OKExChain.

The OKExChain, launched in Januari 2021, is an exchange-chain developed by the crypto exchange OKEx. It has been created for building blockchain-based trading applications such as decentralized exchanges (DEXs) and decentralized lending and borrowing platforms.

Like the Binance Smart Chain and HECO, The OKExChain supports smart contracts and is EVM (Ethereum Virtual Machine) compatible, meaning decentralized apps (DApps) developers can transfer their DApps from the Ethereum network (or other EVM compatible blockchains) to the OKExChain with ease.

OKEx’s long-term goal for OKExChain is to serve as an exchange-backed smart contract platform like the Binance Smart Chain and HECO.

OKExChain main focus is to:

As compared to different chains in the industry, OKExChain is specifically designed to support high-volume and high-frequency trading activities with lower gas fees and a higher TPS, or transactions per second. OKEx Director of Financial Markets Lennix Lai commented on the development of OKExChain:

“OKExChain is the end result of over three years of dedicated research and development from the technology team, and I am beyond excited to share this open-source and truly decentralized ecosystem with the rest of the community. We envision a world where traders will not be segregated by different blockchains but will be able to seamlessly trade assets across various chains with a decentralized trading ecosystem. We look forward to welcoming more developers to build trading apps on OKExChain and be able to contribute to enhancing the overall trading experience and being one step closer to realizing our goal.”

The OKEx team used Cosmos SDK and Tendermint to construct the OKExChain. Cosmos introduces an Inter-Blockchain Communication (IBC) protocol that, together with the Tendermint consensus algorithm, can be used to realize value transmission between blockchains.

The Cosmos Network is composed of two parts, which are Hubs and Zones. Each Zone and Hub is an independent blockchain with independent state consensus. Zones are used to solve specific application needs. Hubs are designed specifically to handle cross-chain transactions between Zones. Cross-chain value transfer is achieved by realizing intercommunication and interoperation between different Zones and their shared Hub.

Because the OKExChain is build on the Cosmos Network, it uses the network’s Tendermint Byzantine-Fault-Tolerance Delegated-Proof-of-Stake (BFT-DPOS) consensus mechanism, which ensures high scalability and security of the blockchain, at the cost of decentralization.

The governance token of the OKExChain is OKT. OKT adopted an initial minting of 10 million in its genesis block. OKT also applies a reward-halving model. The block reward is halved about every three years. The current block reward is 0.5 OKT, and the theoretical maximum supply of OKT is roughly 41.69 million. The OKT token’s main purpose is to pay for transaction fees, voting and securing the network.

Compared to other exchange-chains, such as the Binance Smart Chain and HECO, The OKExChain is unique in it’s secure tendermint consensus mechanism and (hopefully soon implemented) homogeneous and heterogeneous cross-chain mechanism. Because of its EVM compatibility, high scalability and low transaction fees, the OKExChain is an excellent alternative for the Binance Smart Chain or HECO-blockchain.

How to connect MetaMask to the OKExChain network (OKT)