Introduction to League Of Ancients 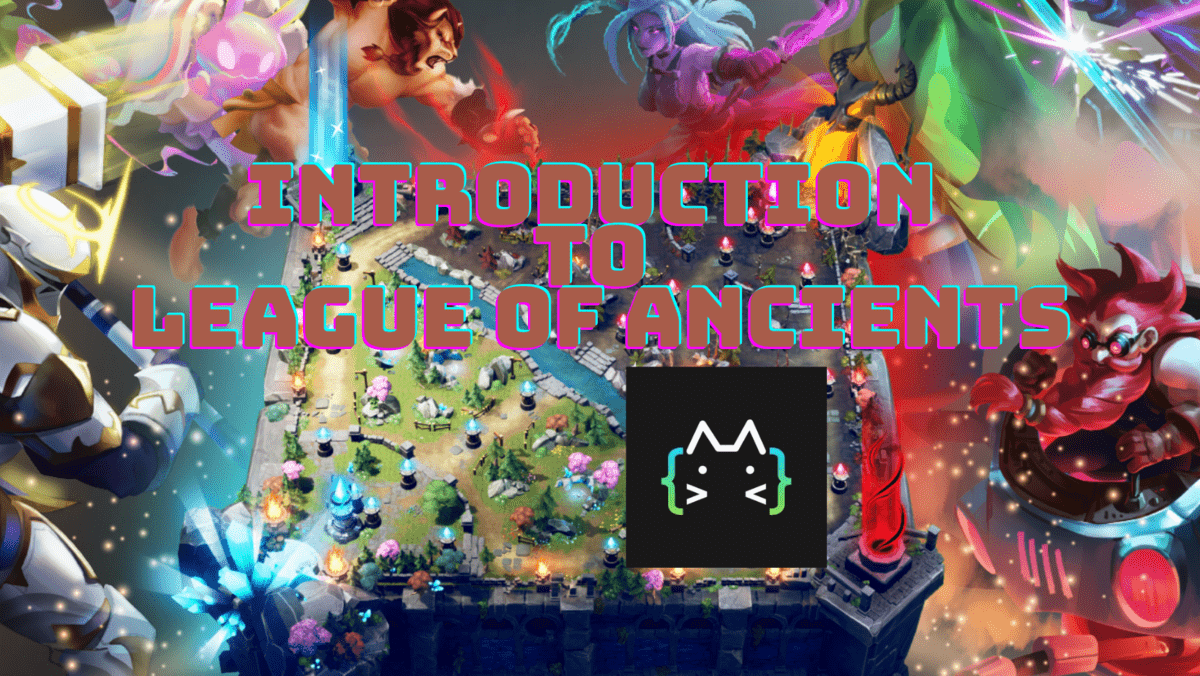 Multiplayer Online Battle Arena (MOBA) games are one the most popular type of videogame out there. Naturally, it was only a matter of time before developers to start working on MOBA blockchain games. One of these games is League Of Ancients (LOA).

Inspired by big names such as League Of Legends and DOTA 2, the League Of Ancients team aims to create a unique MOBA game with the advantages that the blockchain technology brings with it. As of writing, the developers are actively working on the game, and it’s set to launch in Q3 of 2022.

In LOA, players can choose between 5 roles, which are the Tank, Mage, Marksman, Support and Assassin. The game is set around a 5 vs 5 arena in which the Luminous are fighting against the Dark Souls. The objective is simple: destroy the other team’s Beacon Of Power.

LOA has been designed so that new players can play the game for free by picking one of the 10 Origin heroes. Of course, there are also rare heroes with better (and rarer) passives, skills, and skins that players can purchase in LOA’s marketplace.

Skins come in a variety of rarities, which affects the staking mechanism of characters in the marketplace. There are 9 rarities, which are Basic, Epic, Elemental, Champion, Legendary, Mythical, Event/Seasonal, Genesis and Immortal.

Players can enhance their character’s abilities and powers by equipping Runes, Equipment and Inner Spirits. Runes can be found across the map and give players either a passive attribute boost or skill.

Equipment can be purchased to make characters more powerful. There are three Tiers of equipment available, of which Tier 1 is the lowest and Tier 3 the highest. Higher Tiers can either be bought by players or crafted by burning multiple low Tier equipment.

Prior to a match, players can choose their Inner Spirit. Each Inner Spirit can be used as an additional ability for their character. Once the match is over, the player can choose a new Inner Spirit for the next match.

As of writing, the game will have three game modes, which are Normal Match, NFT Match and Tournament. Normal Match is designed for new players to practice against each other. It has unranked matches and reward players with a small amount of $LOA tokens after completing a match.

NFT Matches are seasonal ranked matches in which players compete against each other to gain MMR, in-game currency and rank titles. In LOA, there are currently 7 rank titles, which are (from low to high): Sentinel, Royal Knight, Zealot, Duke, Arch-Duke, Lord and Overlord. Once the season is over, all ranks will be reset.

The Tournament game mode is created for e-sports gamers. Tournaments will be hosted by the LOA team, and teams need to pay a 5% registration fee prior to joining the tournament. Each team will compete against each other to win the total prize pool of $LOA tokens that are allocated to the tournament.

League Of Ancients’ ecosystem is built around one token; the $LAO token, which is both a governance and utility token. It has a maximum supply of 1,000,000,000 and is deployed as a BEP-20 token on the Binance Smart Chain.

The $LOA token has been allocated according to the Pie-Chart below. Keep in mind that the team holds over 30% of the total supply.

LOA’s roadmap is as follows:

Key takeaways are the game’s launch in Q3 of 2022, the NFT Marketplace Launch, and Android + IOS app publishing.

League Of Ancients is bringing a fresh new breeze of competition to the packed GameFi environment in which massive amounts of “games” are published. LOA’s gameplay looks high quality and the project targets a whole new and unique group of GameFi players.