Introduction To Guild Of Guardians 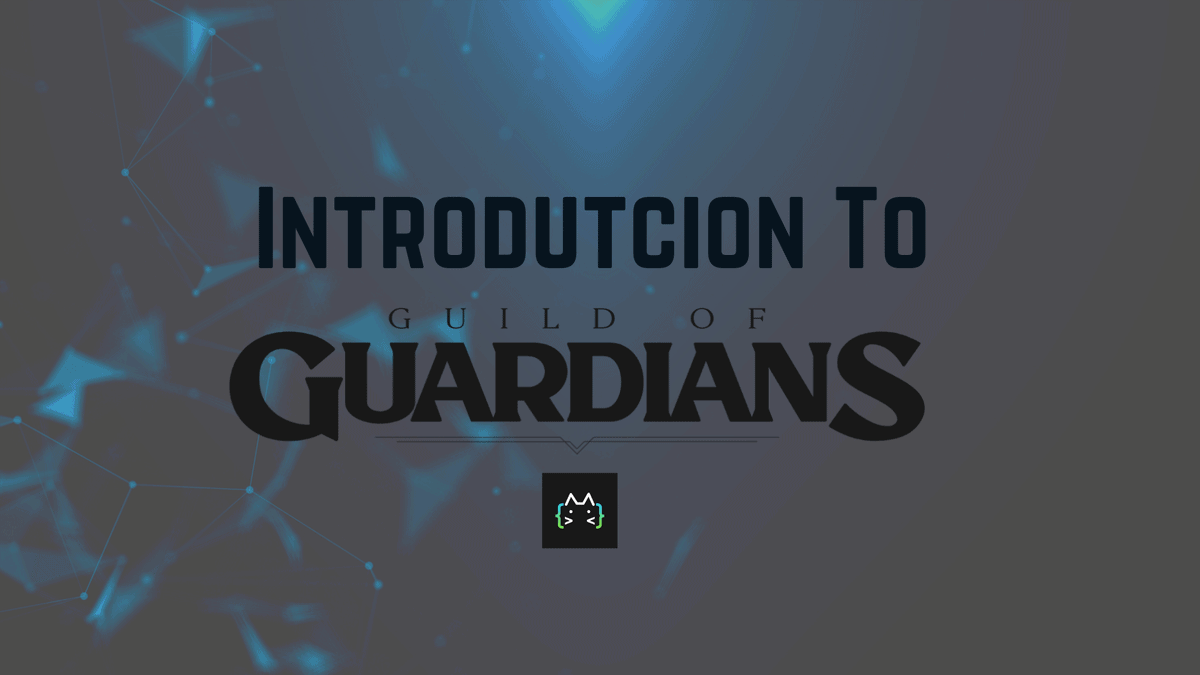 With blockchain gaming on the rise, players are looking for games that don’t come with high transaction fees and expensive entry prices. Guild of Guardians aims to solve these problems and tries to bring the play-to-earn genre closer to mobile users. The game will be launched on ImmutableX with a soft launch expected to happen in Q2 2022.

What Is Guild Of Guardians? #

Guild of Guardians is a new RPG title utilizing the power of blockchain gaming and combining it with an interesting play-to-earn model. The game is set to launch on mobile platforms with an aim to onboard as mobile RPG enthusiasts through a lucrative reward system.

At launch, the game will only have PVE mode enabled meaning that it should be possible to progress in the game with no initial investment. Players will complete quests and unlock game content by clearing dungeons and obtaining loot on their adventures.

Guild of Guardians is also said to be the first mobile game with a tradable in-game currency that every player can earn by simply playing the game and completing in-game objectives. The game is still under development, but the team is slowly starting to share some gameplay on their social media channels.

Heroes are the main characters in GOG, and they can be owned by players in the form of NFTs. The initial sale of heroes has ended but they are still tradable on the ImmutableX marketplace.

The core gameplay loop is outlined in the whitepaper and should look something like this:

As the game grows and progresses Guild PVP modes, guild raids, tournaments and land gameplay will be introduced.

Heroes will come in different shapes and forms having their unique set of powers and weaknesses. These attributes will influence the success rate of clearing a dungeon since some monsters will deal bonus damage based on your weaknesses.

Each hero will belong to a faction, have their own class, element and rarity.

Once the maximum level of a hero is reached plates will be able to “ascend” this hero and increase their LVL cap by spending in-game currency and resources.

Guilds will allow players to act as a group and help each other defeat monsters in dungeons for a share of the rewards. Guild leaders will also earn fees on guild-crafted item sales.

Pets can be obtained and bound to your team for different benefits. Some will increase your stats while others will improve drop rates in dungeons. Just like heroes, pets will come with different attributes and rarities.

Energy boosters will be included in the game from the beginning with a slight difference when compared to traditional mobile games. GOG will have tradable in-game NFTs that permanently boost your energy for the day.

If you use the same hero multiple times a day, they may become fatigued. Sending fatigued heroes in dungeons can come with all sorts of penalties so energy boosters will probably be a key feature in the game.

Equipment will not be sold by the Guild of Guardians. The only way to obtain it is through gameplay and based on the whitepaper, there will be enough for everyone as soon as the game launches.

Gems are the only in-game currency for GOG with a very simple tokenomics model in mind. The currency will be earnable by completing challenges and clearing dungeons while the tokenomics model should make sure that everyone involved is rewarded proportionally.

The mobile RPG gaming market is highly competitive with new titles joining the battle on a daily basis. Getting the attention of players in this market is not easy but Guild of Guardians has a high chance of success since it is the first mobile game with a tradable in-game currency.

So far there isn’t much that can be done with this game except trading heroes on Immutable X but as soon as the soft launch rolls out in Q2 2022 we should see many new earning opportunities and features released with the game.

How to Stake in Illuvium ($ILV)Introducing Pegaxy