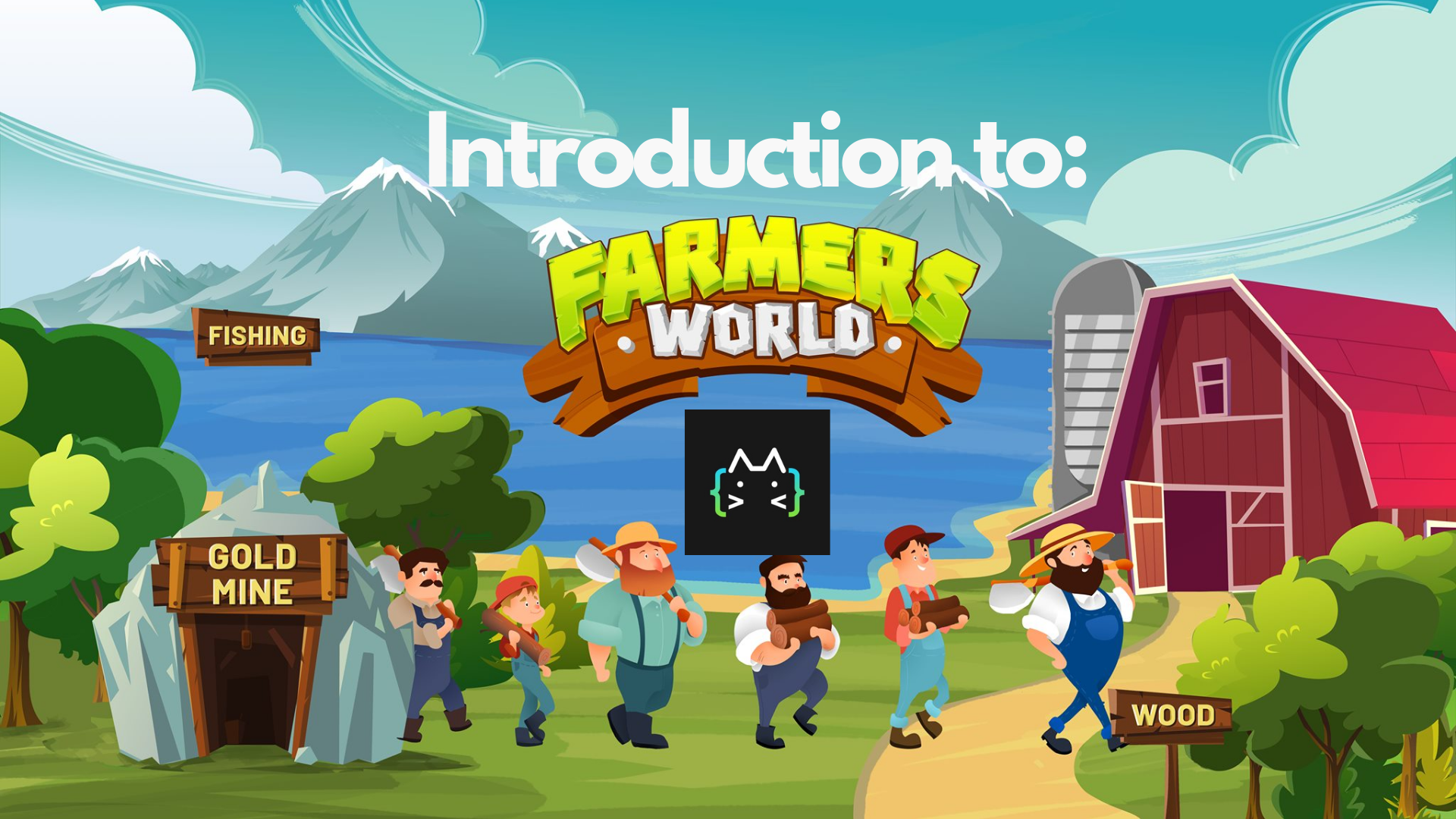 Farming games have always been popular amongst (casual) gamers. In these types of games, players are able to grow their farm and take care of their cattle and crops. There’s one popular game that combines these game mechanics with blockchain technology to create the ultimate farming game: Farmers World.

What is Farmers World #

Farmers World, launched on the August 1st 2021 by G.JIT JAPAN, takes place in South America. The game’s plot is based around a farm city that was discovered by a group of Portuguese explorers, which traveled from Bandeirantes city to Sertón (a vast region in northeastern Brazil) in search of the Muribeca gold mine in the year 1573.

On their journey through the old Amazon forest, the explorers stumbled upon the abandoned farm town. They found relics of gold mines, wood workshops, and antique working tools. One of the farm’s roads led to a huge city that contained massive houses, expansive farms and tools. They documented all their findings in the ancient “Manuscript №4848”.

The game takes place when this farm city is still in its infancy. And it’s up to the player to turn it into the huge and thriving city that the Portuguese explorers once found.

The game mechanics are fairly simple – Players can mine gold, wood and food, which are real tokens that can be either used to play to game or to sell for profit. To get started, players must either buy tools on the marketplace or craft tools (by using the aforementioned tokens).

Players will at least need an axe, fishing rod and mining machine.

By playing the game and saving all mined wood and gold tokens, players can upgrade their equipment to mine even more tokens and increase the tool’s durability, as shown in the images below. Another advantage of having better or multiple mining tools is that each tool had a cooldown timer that starts every time the player proceeds to mine. By using, for example, 3 axes instead of one, the player can mine 3 times as much wood. Axes have a cooldown period of 60 minutes.

Farmers World also has a built-in membership feature. Players with memberships have several advantages over players that don’t have a membership. Here’s a condensed list of all features and advantages a member has over a regular player:

The developers of the game are planning to implement lots of new game features in the upcoming months to come. They published a roadmap that covers short-, mid- and long-term goals for the project. Key goals include crop cultivation, a mobile app, clashes and land play.

Farmer Worlds is a fun and easy to play game. Players can choose to invest in their tools and grow their farm or play with the basic tools and sell their mined tokens. The game has a solid roadmap and a known team of developers. As with all play-to-earn games, it can be very lucrative but also very risky, so we advise you to only invest what you can afford.