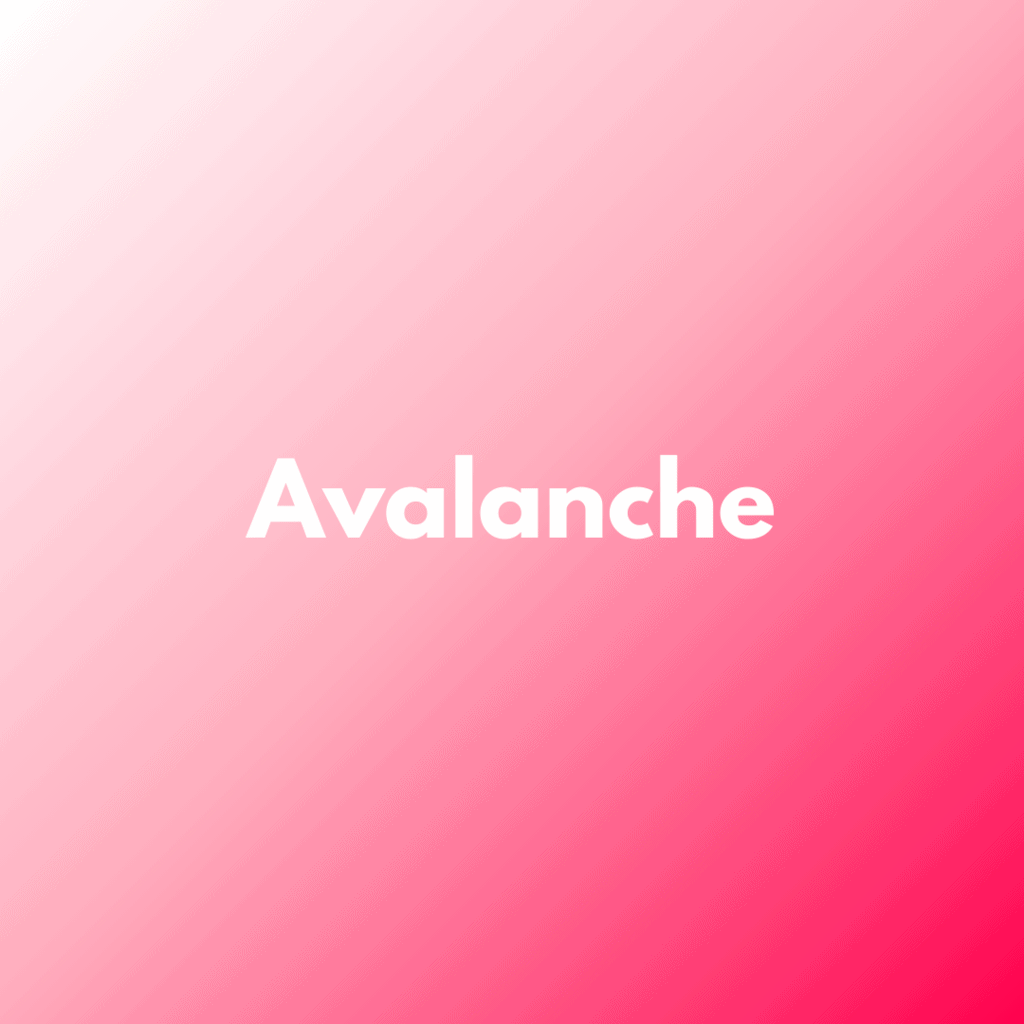 With Ethereum’s network suffering from congestion due to growing demand, users are seeking alternative networks. As a third-generation blockchain, Avalanche’s ecosystem is expanding and its user base is progressively increasing. In this post we will focus on what Avalanche is, how it works and what its advantages are compared to traditional blockchains.

With its mainnet launched in September 2020, Avalanche is an open-source platform created to build powerful Dapps (decentralized applications) and deploy custom blockchains.

It is the first smart contract platform that can approve transactions within a second. In addition to this, Avalanche claims that the network is capable of throughput orders of +4,500 transactions per second and that it is resistant to 51% attacks.

Avalanche consists of 3 types of chains: the Exchange Chain (X-Chain); Contract Chain (C-Chain) and Platform Chain (P-Chain). In addition to these chains, developers can create their own custom blockchains, which can be used for private use (permissioned blockchains) or public use (permissionless) purposes.

The network is also compatible with the EVM (Ethereum Virtual Machine), allowing developers to easily transfer their Ethereum DApps to the Avalanche network. Thanks to the custom blockchains, developers can choose to develop DApps for blockchains of their own design. This ensures that developers have a large amount of freedom in terms of how secure they want to make the platform and who can access the platform.

The main goal of Avalanche is to create an open-source platform for launching DeFi (Decentralized finance) applications and tailor-made blockchains in a scalable and interoperable ecosystem. Avalanche is best compared to Polkadot (DOT) and Cosmos (ATOM), which share similar goals.

The advantage of custom blockchains is that they form a heterogeneous interoperable network in which each custom blockchain has a focus on specific use cases. In this way, every blockchain has its strengths and weaknesses rather than using a generic mainchain that can do a little bit of everything, resulting in developers having to make compromises.

Originally, Avalanche was built to serve financial markets. During the development of the Avalanche network, various features were implemented which ensure that smart contracts can be easily built and that they support complex custom rule sets to define how assets are traded. By implementing these features, Avalanche ensures that any regulations can be readily complied with.

These assets could represent financial instruments such as equities, bonds or even real estate. By enabling developers to easily and quickly build DeFi applications and re-create traditional financial markets, Avalanche is targeting continued growth in this area.

As mentioned earlier, the Avalanche network consists of 3 different blockchains.

First up is the X-Chain. This blockchain facilitates the ability to create assets and trade between individuals on a peer-to-peer basis. Like Fantom, Avalanche uses a DAG (Directed Acyclic Graph) mechanism to process transactions, which ensures high scalability. All transactions on the Avalanche network are done with AVAX tokens.

Lastly is the P-Chain. You could think of the P-Chain as the chain responsible for maintaining the Avalanche system. It is responsible for staking, validator coordination for different networks and for creating subnets. Every Avalanche validator participates in staking on the P-Chain to ensure the security of the core network. Validators can also form dynamic or private sets of validators to operate subnets. The job of subnets is to achieve consensus on one or more Avalanche blockchains. Both the P-Chain and C-Chain are secured by the chain-optimized Snowman consensus.

As a third-generation blockchain, Avalanche offers many advantages over traditional blockchains. Due to its X-Chain and C-Chain, Avalanche has become an EVM compatible network that can perform transactions with speed and efficiency. Thanks to the P-chain and subnets the system achieves network security.