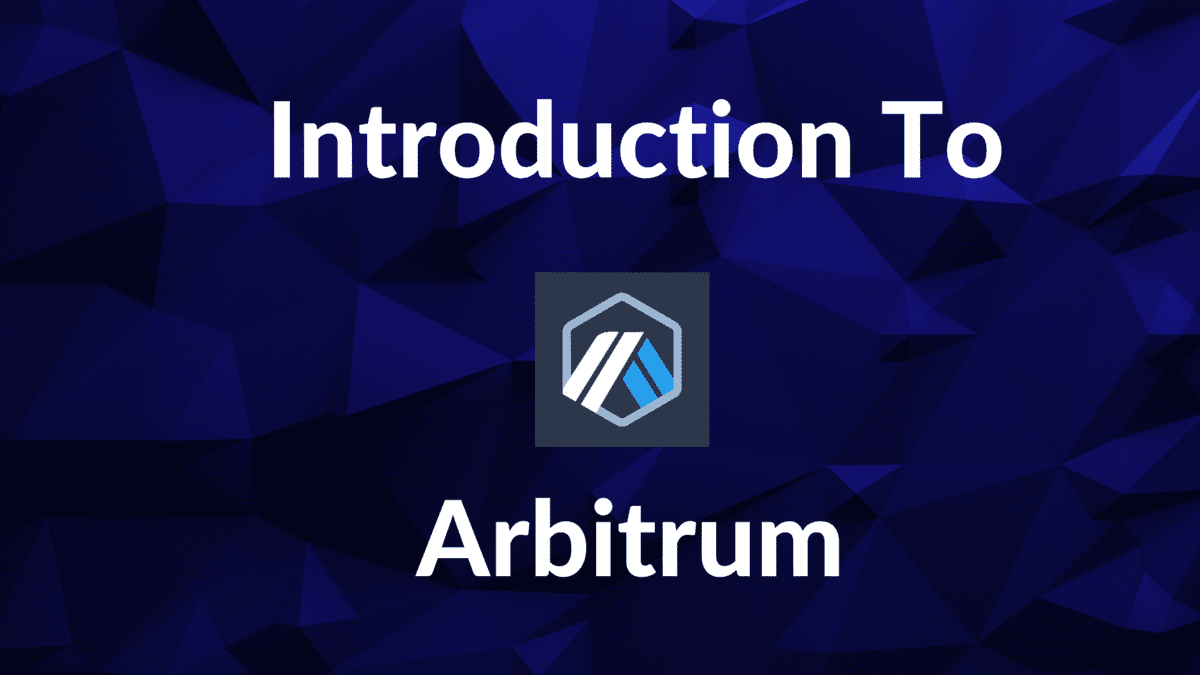 As blockchains keep attracting more users thanks to the financial tools that they can offer, processing all those transactions becomes a burden for almost all networks. Ethereum is a great example of such a network. During peak hours, its transactions can cost north of $50 which is not very convenient for users that simply can’t afford that luxury.

Arbitrum is one of many ideas that are trying to combat this constant issue by offloading some of the traffic from the Ethereum Mainnet to a Layer 2 solution.

Arbitrum is an open-source cryptocurrency platform developed by Offchain Labs. It operates as a Layer 2 solution for Ethereum aiming to bring scalability and affordable transactions for ETH network users.

By definition, Arbitrum is an Optimistic Rollup, a term that needs to be unpacked before it can be fully understood.

Rollups constantly interact with the Ethereum network meaning that every transaction you make on Arbitrum as a user is recorded on the ETH network as calldata. The “inbox” mechanism, which we will discuss further down in the article, allows for complete transparency of transactions. The outcome of every transaction can be determined by looking at the inbox history. Any incorrectly executed transactions can be disputed roughly one week after submission.

Optimistic means that Arbitrum allows every validator to post a rollup block that they claim is correct. After submission, everyone else has a chance to dispute this block within the next 7 days. Disputes are resolved by a dispute resolution protocol but if no one disputes a block during that one-week period it will be processed by the chain as valid.
To completely break it down, an optimistic rollup executes transactions on layer 2 and submits the transaction data to layer 1, in this case to the Ethereum Mainnet.

As Ethereum becomes more and more congested both developers and users will need to find a place where they can deploy and use protocols at affordable rates. Optimistic Rollups like Arbitrum aim to help with that by scaling Ethereum with Layer 2 solutions. Some benefits that can be spotted immediately are:

EVM compatibility – Arbitrum is completely compatible with Ethereum and any Dapp that runs on Ethereum can run on Arbitrum as well.

Scalability – Rollups can allow cheaper transaction costs even with increasing demand because of the different transaction processing mechanism.

Security – Unlike sidechains, Arbitrum is built on top of Ethereum and as such it enjoys all of the security benefits that come with this network. Arbitrum is as secure as Ethereum.

Decentralized finance that emerged on Ethereum is slowly migrating over to Layer 2 solutions and side chains, and Arbitrum is no exception. Since its launch in September 2021 Arbitrum has attracted more than $3B in DeFi assets, and that number is likely to keep growing.

You can think of Arbitrum as an added layer to Ethereum that is trying to provide affordable transactions to every user. Instead of processing every transaction individually, Arbitrum has this “messaging system” that we mentioned earlier.

It accumulates transaction requests and determines their outcome by comparing them to the current state of the chain. Once a validator posts a block the inbox becomes publicly available for everyone. Other participants can then look at it, compare it to the outcome of the published block, and issue a dispute if they do not agree with the results.

Since Arbitrum is interacting with the ETH mainnet all transaction fees are paid in Ethereum. Over time the processing mechanism should become even more efficient bringing transaction fees to the lowest point possible but this will take time.

A more robust and detailed explanation of the inner workings of Arbitrum can be found here.

The number of daily Ethereum transactions is constantly on the rise averaging just over a million in 2021. Since the network is barely able to scale before Ethereum 2.0 comes along sidechains and Layer 2 solutions will need to serve as alternatives.

At the end of the day, scaling a decentralized chain is a complex and lengthy challenge. Solutions like Arbitrum can only make this process easier as users will still be able to interact with the Ethereum network, only at lower costs.