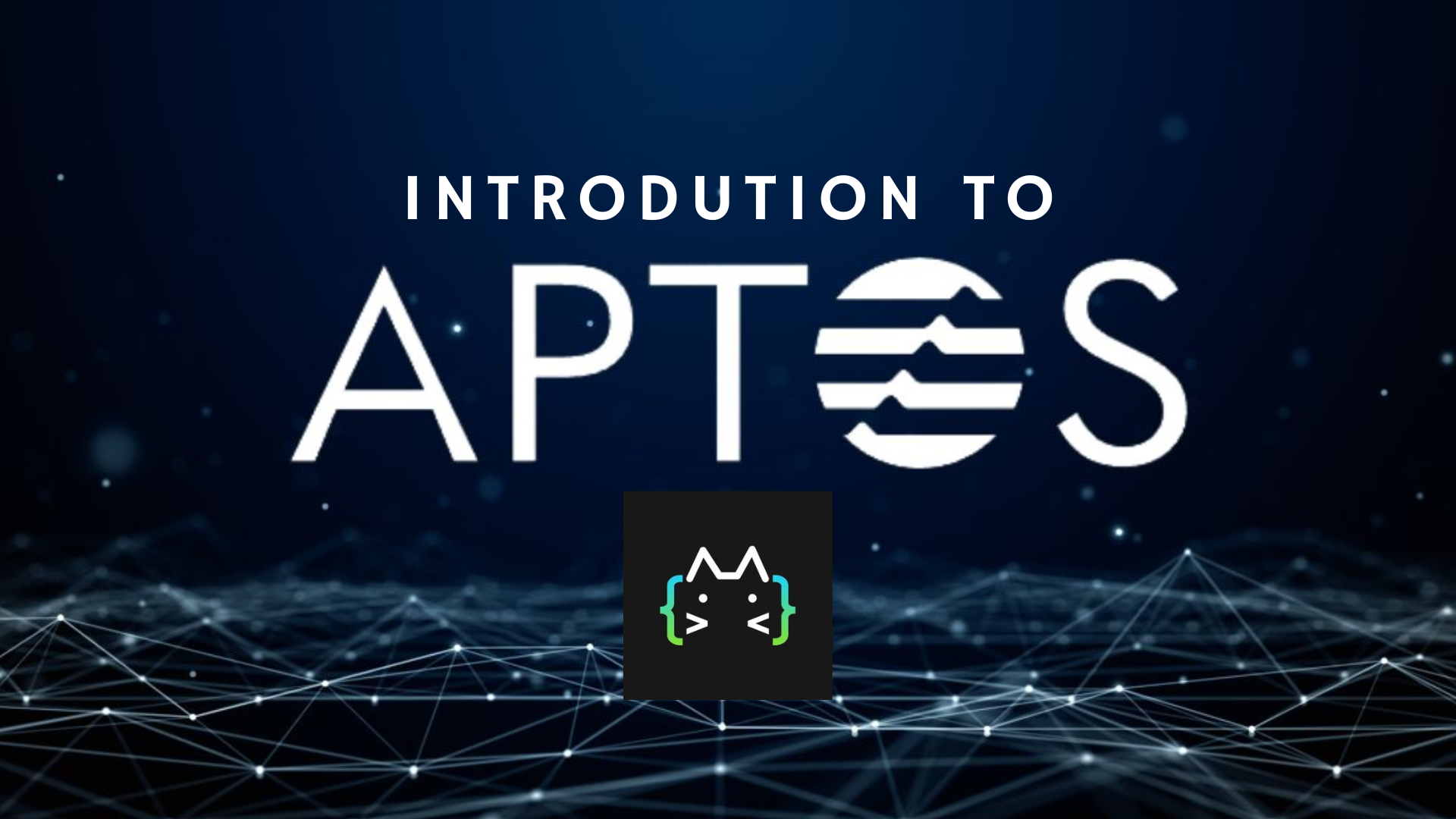 With Aptos (APT), a new layer 1 blockchain has appeared on the crypto market, which has attracted many eyes since the launch of the project. And that’s not without reason, since Aptos and Facebook have common ground. Before Facebook started focusing on the metaverse, they were working on their own cryptocurrency. Developers who worked hard on Facebook’s coin started the Aptos project.

When a new layer one blockchain comes on the market, the important features of these projects are immediately scrutinized. Is Aptos faster than Solana? And what about scalability? It is striking that the Aptos blockchain can process fewer transactions per second than Bitcoin, Ethereum and many other layer one blockchains.

Aptos is a web3 startup focused on building a scalable layer 1 blockchain. This new crypto project has emerged from Facebook’s cryptocurrency plans. A few years ago she came up with the idea of ​​Libra, which was later renamed Diem. This stablecoin was supposed to become Facebook’s coin, but this blockchain initiative was ultimately not completed.

The Aptos blockchain has been live since autumn 2022, but there was already a lot of activity on the testnet before that. Before the launch of the mainnet, there were already more than 100 projects on their testnet. These are mainly many NFT collections, but also DeFi projects, crypto wallets and launchpads, for example.

While working on Diem, the team developed a new programming language called Move. With this, the team has also continued with Aptos. Move is more secure compared to other code languages, making it a unique advantage of Aptos. In addition, Aptos offers 160,000 TPS, making them one of the fastest blockchains out there right now.

You can use the Aptos coin, called APT, to secure your Aptos name, but you can also do much more with APT coins! APT is the coin of the Aptos platform and is used to pay the transaction costs on the Aptos blockchain.

Aptos has a Proof-of-Stake (PoS) blockchain, making staking an important part of the system. Within this system, validators ensure that transactions can be carried out safely. To become a validator, you need a minimum number of APT.

However, even if you do not meet the amount of APT, you can contribute to the Aptos blockchain. At the time of writing (November 2022) it is not yet possible, but in a very short time you can delegate your APT to a validator. Aptos validators earn staking rewards for completing their tasks, which they then divide between themselves and the stakers who contribute to the validator.

The Aptos blockchain does not use slashing. This is a method where validators who behave badly are penalized. These penalties are handed out when a validator is inactive or passes on an erroneous transaction. The penalty can be a fixed amount or a certain percentage, which is paid from a validator’s crypto supply. When you stake APT through a validator, you have no slashing risk.

If you are not very well known in the crypto world, there are also other simple solutions to be able to stake. You can easily stake APT on the Binance platform where you can receive 7.5% APR (annual percentage rate) with flexible staking.

A lot has been said and written about APT’s tokenomics, because they are quite striking. In the coming years, the amount of tokens will continue to rise structurally, which will ensure that there is an increasing supply. As a result, many investors are somewhat hesitant, because it remains to be seen whether the demand side can absorb the rising supply. When the demand is less than the supply, it is likely that the price of APT will fall.

Like other major blockchain projects, Aptos has introduced the Aptos Name Service (ANS). Following Ethereum (ENS) and Polkadot (PNS), for example, Aptos also sees the benefits of this service, but what exactly does this service entail?

When you have an Aptos wallet, there is a very long code associated with it. This code acts as your wallet address and is also called the public key. The tricky thing about this is that this code is difficult to remember, but thanks to the Aptos Name Service, a solution has been found for this.

You can use the ANS to change your public key of your Aptos wallet. You can compare this with a domain name for a website. Every wallet name is unique, just like every domain name on the web. Via www.aptosnames.com you can easily claim your .apt domain.

To realize your .apt domain, you will have to pay 5 APT. In exchange for this, you own the relevant domain for 1 year. After that you have the option to renew your domain name. This allows you to create your unique web3 identity on the Aptos blockchain.

Where can you buy APT? #

When you have invested in APT, it is useful to have full control over your investment. Many investors leave their coins on an exchange or other crypto platform, but this makes you lose control. A well-known saying about this is: not your keys, not your coins.

But on which wallets can you lose your APT tokens? Another well-known wallet where you can store APT is the software wallet from Trust Wallet. The Trust wallet is not the only party with this, the following wallets also accept the APT token:

Aptos was founded by Mo Shaikh (CEO) and Avery Ching (CTO). Both founders are former employees of Meta (formerly Facebook) and have years of experience as a developer within the blockchain industry. Besides these two team members, there are more notable team members within the Aptos team. Austin Virts is an example of this. He was the marketing executive at Solana, but is now with Aptos.

Austin Virts is not the only team member to come from Solana. In addition, many members of the Solana community have also switched to Aptos. On the one hand, this is a positive sign, but there are also those who are skeptical about the situation. These people are afraid that venture capitalists (VCs) have bought APT very cheaply and are going to sell it, which could cause the share price to plummet.

Would you like to stay informed of the latest news about Aptos? Then you’re in luck, because you can continue to follow the project through various social media channels. Judging by the number of followers and members, you are not the only one with an interest in this crypto project, as Aptos’ social media channels have a relatively high number of followers. Especially for a crypto project that has only just launched the token and has not been around that long.

Surprisingly, most people follow the latest news about Aptos via Discord. Aptos’ Discord server has over 155,000 members. An unprecedentedly high number, which most crypto projects can only dream of. The fact that this number is so high will undoubtedly be due to the Aptos airdrop, which has earned many investors thousands of dollars.

In addition to Discord, you can also follow Aptos via Twitter. Nearly 60,000 people follow Aptos on Twitter. A very high number, but less than half the number of Discord members. Often the number of Twitter followers is highest for a crypto project, because crypto enthusiasts can follow different crypto channels at the same time in this way.

If you prefer to discover the latest news about Aptos through articles, you can use Medium. On this platform, the Aptos team shares various news facts and in general the articles are a lot more detailed than tweets and other reports.

At first glance, the Aptos project looks promising. The team has known each other for a long time and has worked together at Facebook on the Diem project. As a result, the team has shown that they have knowledge and can handle responsibilities.

In addition, the unique design of the blockchain is a positive point. With Move as its own programming language, Aptos has a unique competitive advantage. In addition, it can also be interesting for strikers that there is no slashing present. Finally, the number of dApps on Aptos is a positive development. Over 100 projects were already building on the testnet, which is a promising development!

However, there are also lesser sides to Aptos. For example, the tokenomics are something to keep an eye on. In the coming years, the amount of circular tokens will continue to increase, which can have a negative effect on the price. In addition, Aptos remains, despite the team attuned to each other, a starting project and there can always be teething problems.