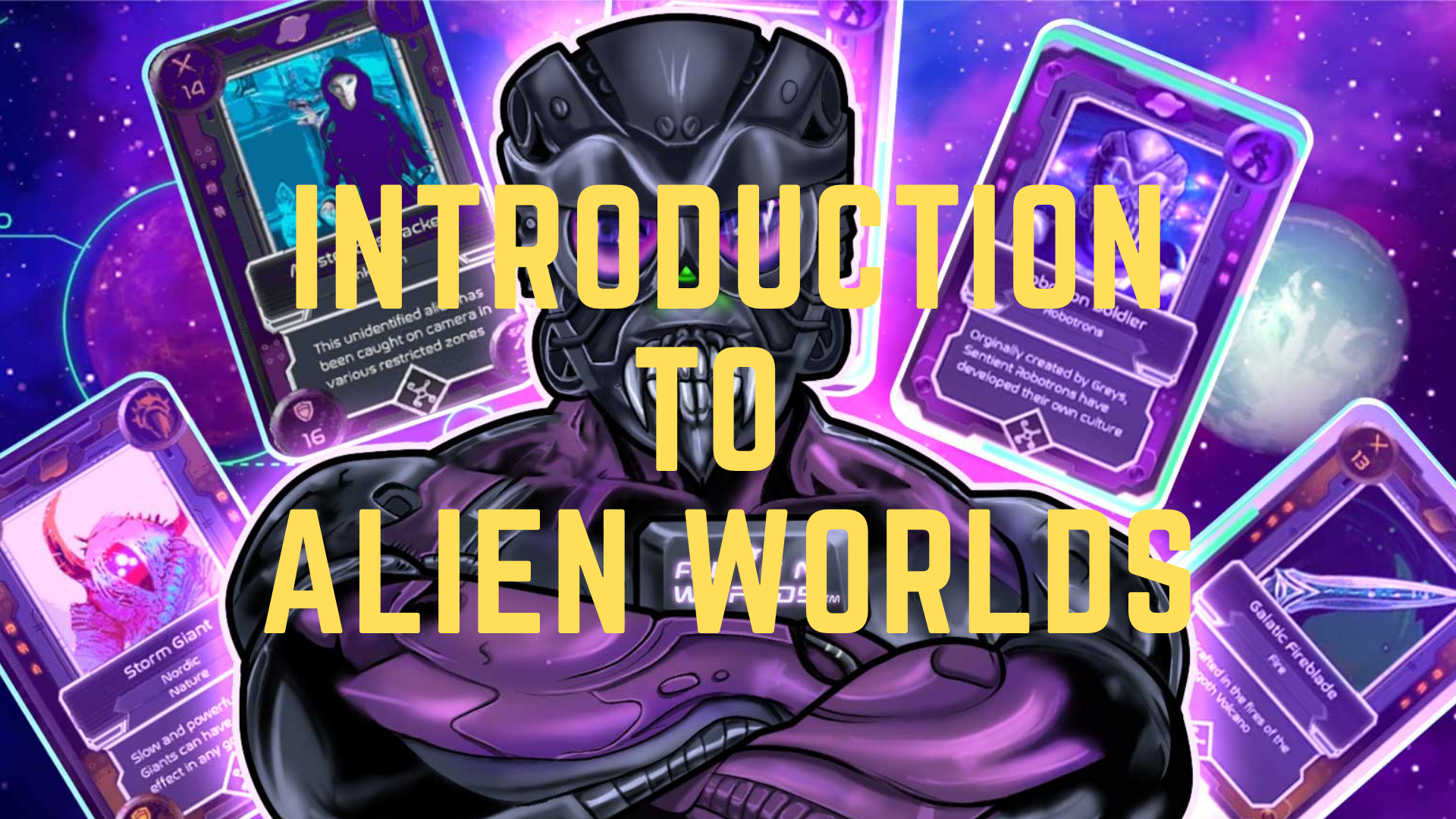 The WAX (Worldwide Asset Exchange) blockchain is becoming more popular by the day. The reason for this is because it’s specifically designed for creating, buying, selling, and trading virtual assets called NFTs. Unknown by most crypto investors is that one of the most popular Play-To-Earn games has been built on top of the WAX blockchain: Alien Worlds.

Alien Worlds focuses on exploring and mining of various discoverable planets. Players (or explorers) can visit these planets and start mining their lands to earn the game’s metaversal currency Trilium. Players are able to purchase a planet’s land too, which gives them the rights to earn a configurable percentage of all mined Trilium that has been mined on the player’s land.

There’s a variety of land that players can acquire. Each land type has its own unique features that impact the mining of Trilium. Each Land has 4 stats:

For players to farm Trilium, they need to have farming tools. There are a variety of tools that the player can choose from – some yield more TLM, some increase your chance to get an NFT, some reduce the Proof of Work requirement (POW). Tools are, like everything else in the game, NFT. They can be bought, traded, and sold on the marketplace.

Once the player starts mining for Trilium, the game calculates the chance of the player mining Trilium, NFTs etc. by combining both the land’s modifiers and the tools modifiers.

Other NFTs that the player can acquire are:

The NFTs in Alien Worlds also have a rarity and shininess level. The rarity levels are (in order of least scarce to most scarce): Abundant, Common, Rare, Epic, Legendary and Mythical.

The shiny levels are: Stone, Gold, Stardust and Antimatter. Based on their shiny levels, NFTs will increase in power. Each NFT can be upgraded to a new shiny level by sending it to a smart contract accompanied with some Trilium. In return, the smart contracts will send a new NFT back to the player with a higher shininess.

To get started, the players require a WAX account. This gives them enough to CPU to play the game properly. They are onboarded through the WAX Cloud Wallet and can set their own name (up to 18 characters). New players are given a starter pack, which contains a basic avatar and a shovel. New players can create an account at https://all-access.wax.io/.

To begin acquiring Trilium, the players must visit planets and choose a piece of land of on which they want to start mining. They can also choose to be part of a DAO by staking their mined Trilium at a planet. Players have the choice to stake their Trilivium to multiple planets. Once the player stakes his Trilium at a planet, he will receive a specific planet token back (which is comparable to staking tokens in DeFi and getting a s’token’ back) and is able to participate in the planet’s DAO.

To avoid confusion, it must be noted that Alien Worlds isn’t built on just one blockchain. It’s actually built on 3 blockchains, which are WAX, Ethereum and The Binance Smart Chain. How this exactly works is best explained by the schematics below:

Because Trilium exists these 3 blockchains, users can both store their mined Trilium on their preferred chain and use it for the game (BSC and WAX).

Alien Worlds is a unique Play-To-Earn chain that has all of today’s popular features: Various NFTs, Land ownership, Mining, DAO’s and solid tokenomics. Due to these features, it’s no surprise that Alien World ranks high on DAppradar’s NFT game rankinglist.

How To Farm On CubFinanceIntroducing BadgerDAO ($BADGER)