How to earn on Splinterlands 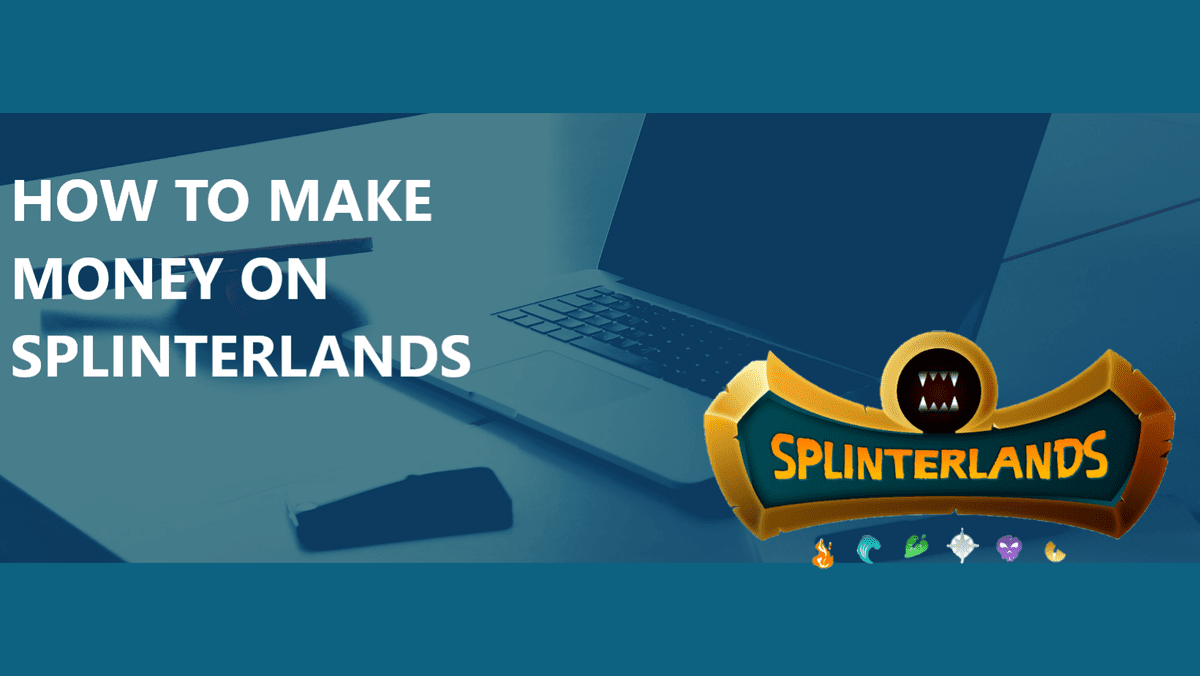 Splinterlands is one of the most popular play-to-earn games. The game was previously known as Steem Monsters until it became a part of the Hive blockchain. It is currently making waves and ranking high among other popular Play-2-Earn games such as Axie Infinity.

However, unlike Axie Infinity, Splinterlands requires a little league investment of only a $10 Spellbook to get started. Although players can play for free once they visit the site, to get into earning and have an active involvement in the entire gaming process, they need to buy the Spellbook. The Spellbook gives you a few cards with which you can start playing the game.

To get a Spellbook and get started with the game, you have to create a Hive account and will be exposed to other aspects of the Hive blockchain like; blogging, where you could write about your Splinterlands activities and earn other tokens asides from the Dark Energy Crystals you earn from playing Splinterlands.

The Hive blockchain also provides an avenue for players to share videos of their games, share strategies and learn from others in the community. This community is one of the most attractive features that gives new players and investors more confidence in the future prospects of Splinterlands.

There are different kinds of cards based on the elements they fall under. The cards can either be fire, water, air, earth, death, dragon or neutral cards which fall under all the other categories. The price and value of a card are dependent on its rarity, foil type, and usage. Basically, the more relevant a card is, the more expensive it will be in the market. Cards and packs can also be acquired from the Splinterlands market, PeakMonsters, CardAuctionz and MonsterMarket. By using these secondary markets, you could get the cards on auction at about a 3.25% discount.

Splinterlands also provides land on the Metaverse, which can be bought and developed. These lands currently vary in terms of rarity and abilities, much like the playing cards. Although all lands sold out as of October 2021, they can still be bought from other players via the Hive-engine DEX or Tribaldex, which is an exchange platform where all second layer tokens can be bought and sold on the Hive blockchain.

Buying new cards, upgrading, or renting cards to improve your card deck helps increase your collecting power which permits you to move up the leagues during a season. By moving up in leagues, you can have access to play against other stronger players, learn more advanced game-play strategies and earn more DEC and card rewards from completing daily quests.

Asides from daily quests, there are also tournaments for different leagues and prizes that can be won for participation and winning. This exposes you to even more players and playing strategies as players will be bringing in their A-game to compete for the grand prizes.

The Splinterlands cards are further divided into summoners and monsters. The monsters can either have melee, ranged or magic abilities or in some cases a mixture of 2 or all these abilities. There are also other secondary abilities like a sneak, blast, healing, etc. These abilities improve as a card improves to different levels.

The level of a card is a major factor that affects its price on the market and overall value. Improving the level of a card involves combining as many of the same cards as possible. Players can earn generously from the sale of cards or packs that are considered rare and out of production. In the same vein, players can also rent out their cards to other players for a daily fee. A lot of players who opt out of playing the game daily earn passively from their card rentals.

DEC is the native token within the game. Players earn this whenever they win battles. It can also be gotten from the Hive-engine DEX, PancakeSwap, Tron Trade, CubDefi, Uniswap and TribalDex.

Splintershards (SPS) are a recently released governance token for the Splinterlands gaming platform. It was released in July 2021 and has been airdropped to users every day since. The airdrop is scheduled to end after 365 days from the first day it dropped.

Although this governance token is still in its early phase, it has seen some growth along the way by reaching an ATH of $0.89 as of October 2021. This makes users believe that it has amazing potential. The SPS token can be purchased on Gate.io, PancakeSwap, BKEX, LBank and AOFEX.

Vouchers are distributed among users according to the number of Splintershards they have staked. They are used for promotional purposes and can be sold as a token in the Hive engine.

By purchasing packs, players are also liable to receive airdrops in terms of NFTs. At the moment, there’s an airdrop for the Chaos Legion pack which is currently undergoing its third phase of sales.

The first NFT airdrop was the Death splinter called Doctor Blight, which ended after the first pre-sale. As of writing, there are 6 NFT cards being airdropped. For every 1 million Chaos Legion packs that are sold, 1 new card is revealed that will be airdropped to those who have purchased the packs. Asides from the first card, Doctor Blight, all the other cards will be distributed according to pack purchases.

Splinterlands has been profitable to a lot of users. It has been especially more profitable for early adopters as players earn from playing, airdrops, trading cards, rentals, and staking.

The first way to earn on Splinterlands is by winning battles. After mastering gameplay and strategy, then a player can focus on other aspects of the game like buying cards and packs, trading them, getting NFTs and token airdrops and in some cases earning through blogging and vlogging on the Hive blockchain about their gaming experience.

Splinterlands opens players into an entirely new aspect of the crypto-verse. The game exposes them to a strong and supportive community on Hive and an opportunity to get themselves involved in many other opportunities the blockchain provides.

For a lot of players, Splinterlands took their portfolios to the moon in 2021. This attracted a lot of new players and brought more attention to the Hive blockchain. This is only the beginning as being built on a community like Hive provides an attractive environment for a host of investors.

How to Swap on Spooky SwapBorrowing Crypto on Wing (OKExChain)