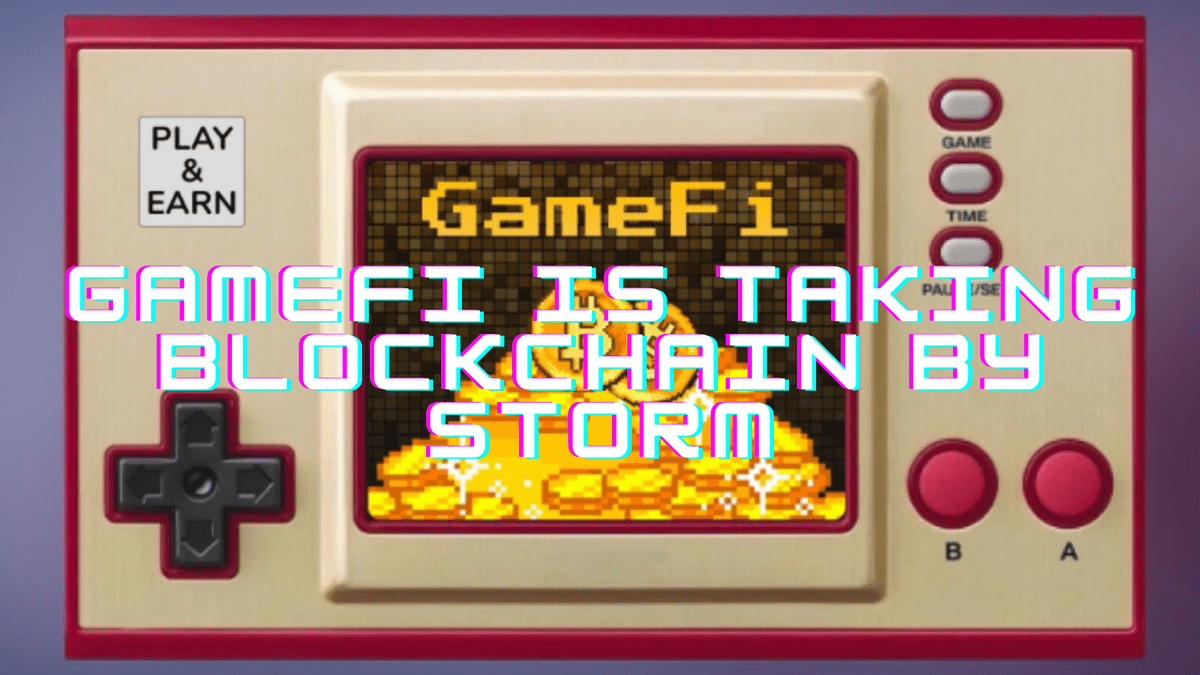 GameFi is appealing, but what happens once the momentum wears off? Despite all blockchain categories blazing hot in 2021, gaming took the top spot with nearly 13% of all investments.

In the second half of the year, the gaming industry appeared to move from DeFi to NFT to GameFi. For example, on August 6th, Axie Infinity generated $17 million in revenue, surpassing even Honor of Kings.

During the Wuzhen World Blockchain Conference, MixMarvel’s CSO, 8BTC, coined the term GameFi to describe the integration of finance with games.

In GameFi, games generate their own financial ecosystems through NFTs and liquidity mining. As a result, games become “Play to Earn”, or P2E.

Traditional gaming differs from GameFi in the following ways:

Where is GameFi currently? #

Despite its promise, the GameFi industry still faces several major challenges. You should determine whether the projects have the potential to overcome these obstacles as an investor.

Currently, the GameFi player base is extremely small compared to the traditional gaming playerbase – There are roughly 3 billion traditional gamers, while GameFi has a user base of only a fraction of DeFi’s 1.33 million. In the era of mobile gaming, on-chain games are largely based on the web, meaning they are unlikely to enter the mainstream until significant developments are made in mobile on-chain gaming.

In addition, traditional gamers are not flocking to GameFi en masse because the platform requires them to understand concepts such as cryptocurrency wallets, key phrases, and gas fees at this stage.

A great game requires frequent transactions, which puts a high demand on the network’s TPS (Transactions Per Second) and gas fees. CryptoKitties’ popularity in 2017 caused serious congestion on the Ethereum network, for example. As a response, Ethereum migrated Axie Infinity to a sidechain in order to support popular games.

However, the most popular GameFi projects still look like traditional 3A games. Often, playability needs to be improved-making the games purely money-making methods rather than entertainment that generates income.

This raises the question of whether incorporating a money motive into games necessarily makes them less enjoyable. If a game does not generate enough revenue in the GameFi space, the player will leave for another. This creates a vicious cycle where developers are rewarded for focusing on the financial aspect of a project rather than its gaming component.

The same thing happened with Axie Infinity. In the game, the token Smooth Love Potion (SLP) is an important source of revenue for players to earn from the game. As the price of SLP decreased, Axie Infinity’s revenue decreased. In the Philippines, Axie Infinity once helped people earn a living, but now the average daily income from the game is less than the minimum wage.

According to Dappradar, BSC has occupied 4 spots in the top 10 games. The BSC, which has almost six times the transaction rate of Ethereum, continues to make waves in the GameFi, with 195 game projects already deployed.

Although Ethereum occupies the majority of the overall TVL, the slow transaction speed and the high gas fees have made it difficult for ordinary users to enter the blockchain world. The following reasons make BSC a better blockchain for GameFi to grow.

GameFi is attracted to BSC for several reasons:

BSC has also launched the Most Valuable Builder (MVB) II program in order to promote the development of the entire NFT ecosystem. Selected projects will receive a $10,000 grant, full security audit from Certik, and exclusive incubation workshops with industry experts.

In July of this year, BSC announced the winners, which included popular game projects like CryptoBlades, MyDeFiPet, MOBOX, and X World Games. Hence, we believe that BSC can once again detonate the GameFi field in the next MVB III program directly positioned as GameFi.

In addition to hosting hackathons around the world, BSC hosts Learn & Earn events, with four of the nine projects in the two Learn & Earn events so far involving games or NFTs, such as CryptoBlades, which skyrocketed in July. BSC encourages participation in excellent projects by rewarding users with unique NFTs and bonuses, making it a natural fertile ground for GameFi to grow.

Mobox (MBOX), Bomb Crypto (BCOIN), BinaryX (BNX) and MetaverseMiner (META) are the top 4 games on BSC for the past 30 days.

In parallel with the growing number of users and transactions, the price of the game’s tokens is also rising, with CryptoMines’ ETERNAL token seeing the biggest increase, surpassing Axie Infinity’s AXS. ETERNAL’s price was $572 on October 24, 16 times higher than a month earlier. There will be significant gains for P2E players.

DeFi led the last explosion of blockchain development, but GameFi has all the ingredients to lead the next one if it can balance infrastructure, playability, and return.

Although these benefits could make GameFi more fun and increase blockchain adoption, there are still many problems to be solved with the system. GameFi is very dependent on a favorable ecosystem, and the Ethereum ecosystem still has a lot of room for improvement.

GameFi can also support its own environment and bring traffic to some unpopular blockchains. Ronin, a sidechain built by Ethrereum for Axie Infinity has won popularity due to the success of Axie. Additionally, WAX and Flow have become two of the most popular blockchains due to their main focus on GameFi and NFT.